Sin City is home to a lot of restaurants and bars, but there are tons of hidden gems that the majority of Las Vegans aren't unearthing. To help guide us to these potential discoveries, we've enlisted some of our city's beverage players to share their recommendations for a random feature dubbed Cocktail Confidential. Know a bartender who wants to share some top dining spots? The tipline is open. 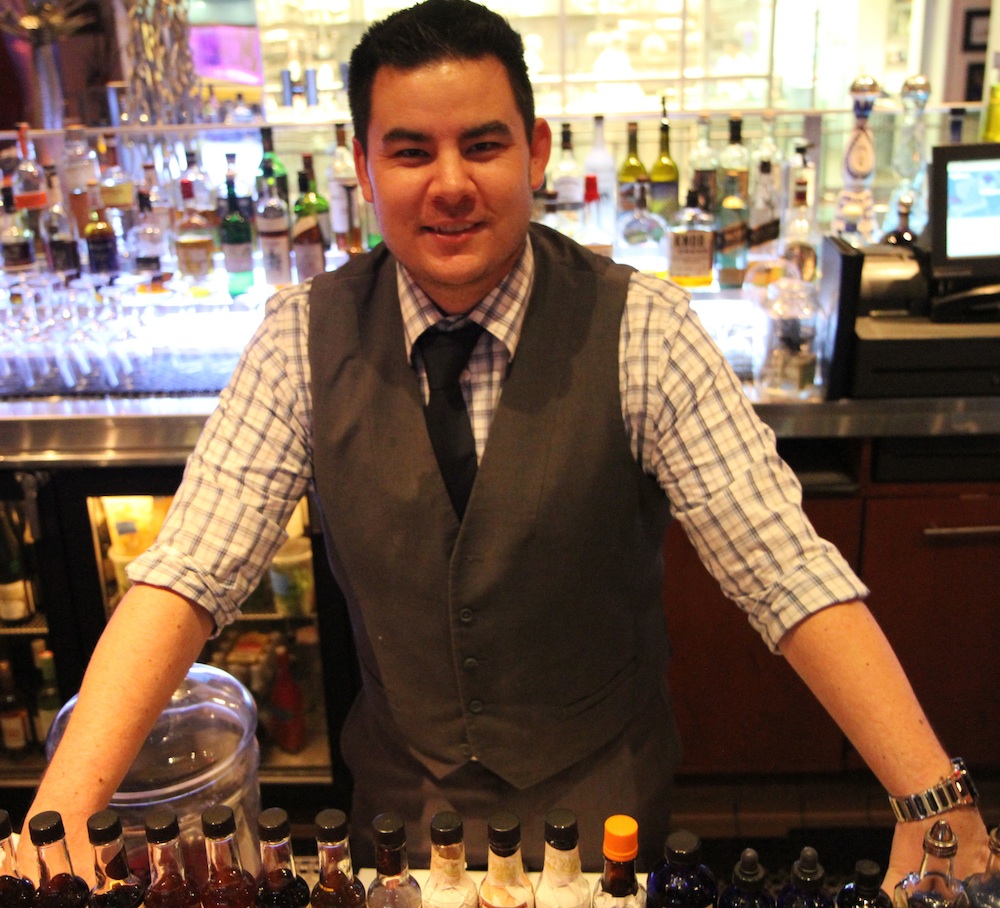 Nathan Greene has only been working the stick since 2010, but in that short time, he has made his mark on the mixology world. The graduate of the Crescent School of Gaming and Bartending's beverage management program helped open Vanguard Lounge in September 2010 in Downtown Vegas, and after eight months, he was promoted to bar manager to create the cocktail menu. He also competed in the National Restaurant Association's 2010 Star of the Bar competition and won, and also made six U.S. Finals with three top five finishes. He has his own bartending consultancy, Libation Restoration, with partners Roger Gross from Vesper Bar at the Cosmopolitan of Las Vegas and Stan Stilwell, also a bartender at RM Seafood, where Greene just jumped on board as the lead barman. Check him out behind the bar from 5:30 to 7 p.m. upstairs and from 3 to 7 p.m. downstairs for happy hour. Here he shares his favorite places to drink when he's not stirring the stick.

Where do you enjoy drinking when you're not working?
My favorite drinking spots are Vesper Bar at the Cosmopolitan, Herbs & Rye and Delmonico inside the Venetian.

Of those places, what cocktails are most memorable?
At Vesper Bar, the barmen and women always surprise me. I always have Roger or George make me something that they are working on for a cocktail competition. Fernet Branca challenge coins, Vesper bombs and off-the-cuff cocktails ... enough said.

Herbs & Rye offers classic cocktails done properly. The Ford cocktail is one of my favorites and features a blend of Old Tom Gin, Dry Vermouth, Benedictine and Orange Bitters.

I don't visit Delmonico as much as I should or want to, but when I do, I start with the "B.B.S" also known as the Bittered Bourbon Sling (Maker's Mark 46 Bourbon, Campari, Rhum Clement Creole Shrubb, fresh lemon juice and Angostura and Bitter Truth Aromatic bitters), before I indulge in a whisky flight.

Of those places, why do you enjoy going there?
Not only do some of my best friends, who happen to be some of the best barmen and women in Vegas, if not the country, work Vesper Bar, but also  it gives me an excuse to get Secret Pizza after work, too!

Herbs & Rye is affectionately called the "Cocktail Clubhouse" by my fellow USBG (U.S. Bartenders' Guild) mates. Late night happy hour where nearly half of their menu is, well, half off! Inevitably, when any of us are entertaining fellow industry people from out of town, we always end up there.

Max Solano, the bar manager of Delmonico, is one of the best, and his whisky book (over 500-plus and counting) is absolutely insane. If I am willing to spend a buck and there's actually room to sit at the bar to eat and drink, I'm there.
· All Coverage of RM Seafood [~ELV~]
· All Cocktail Confidentials [~ELV~]