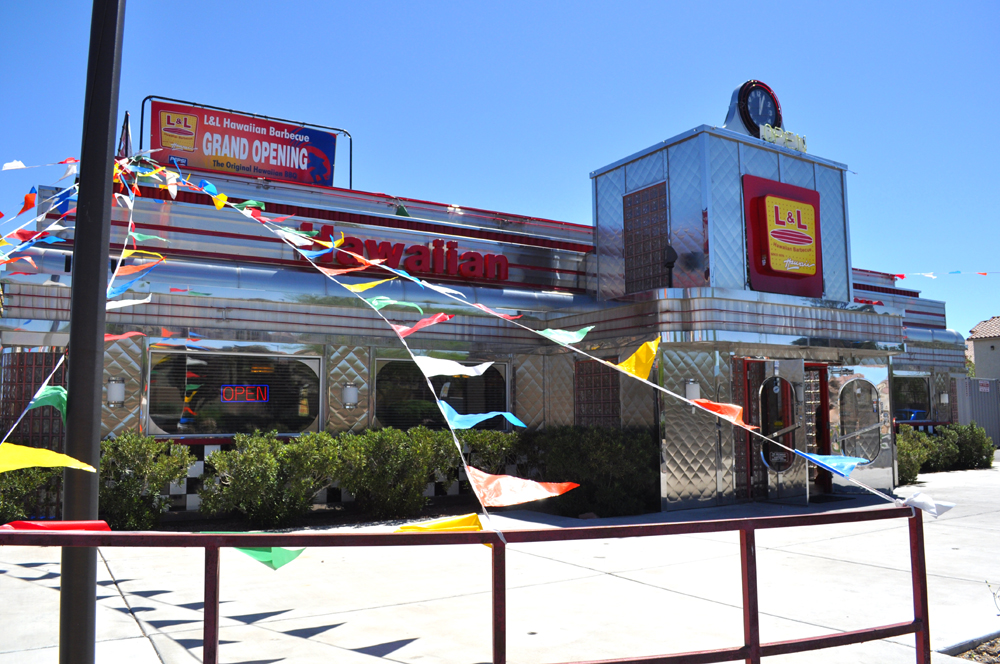 Local ninth island favorite L&L Hawaiian Barbecue has opened its latest restaurant in the former Shari's Diner, an aluminum, 1950s-style, rail car structure. The retro space is filled with malt shop style booths and red and metallic accents, but has been stripped of almost all of the Fifties memorabilia from its earlier incarnation.

While guests are now greeted by a cabinet of small wooden tiki statues rather than a jukebox, currently the most noticeable design import of Aloha Spirit is a soundtrack of Hawaiian ballads drifting out from the speakers.

The franchise is known for its Asian- and Hawaiian-fusion style lunches, comprised of a main dish plus rice and macaroni salad. Popular perennials include Loco Moco, chicken katsu and a variety of meals that include a healthy dose of Spam.