The 13 Most-Anticipated Openings This Spring

Share All sharing options for: The 13 Most-Anticipated Openings This Spring

Spring is in the air, and that means a whole new batch of restaurants, nightclubs and pool parties are ready to open. Perhaps the biggest is at the MGM Grand when Hakkasan brings its five-story restaurant and nightclub to Vegas. Two new pool parties debut at Mandalay Bay and Tropicana. And Mandalay Bay returns to the nightclub world with Light, a joint project with Cirque du Soleil. Downtown gets in on the action with three restaurants and bars entering the fray. And Michael Mina is perhaps the biggest name chef on the list, debuting his Pub 1842 at the MGM Grand, followed closely by Shawn McClain's pizza joint designed by David Rockwell opening in Aria and Bradley Ogden making his return to Vegas. Here's a look at what's on the horizon for restaurant and bar openings for spring 2013 in no particular order.

See something major missing? Drop it in the comments or send an email to vegas@eater.com. 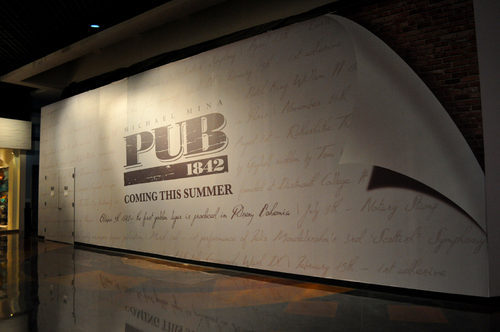 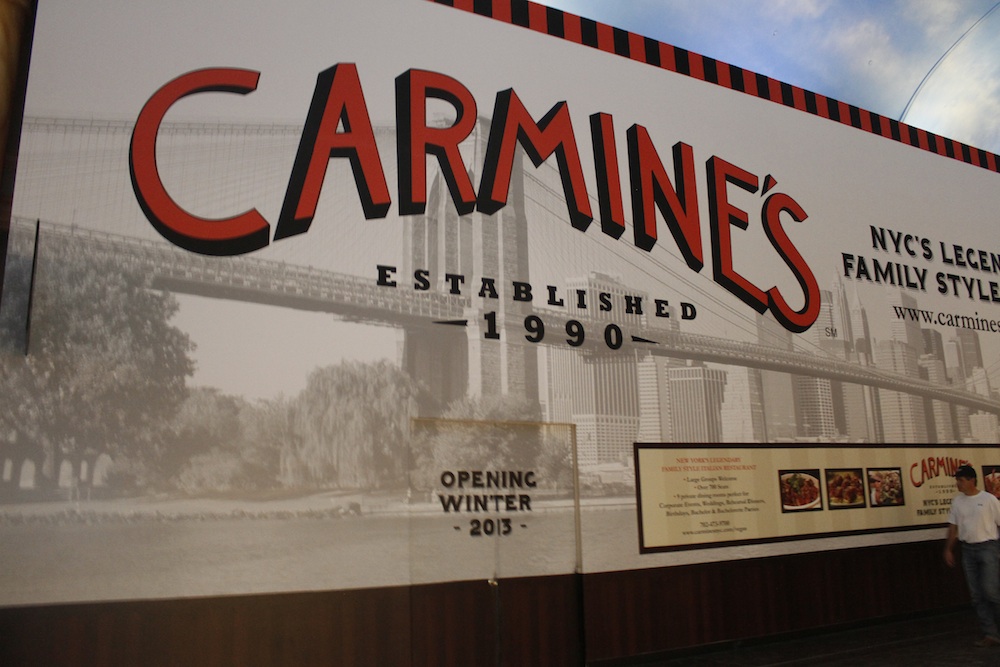 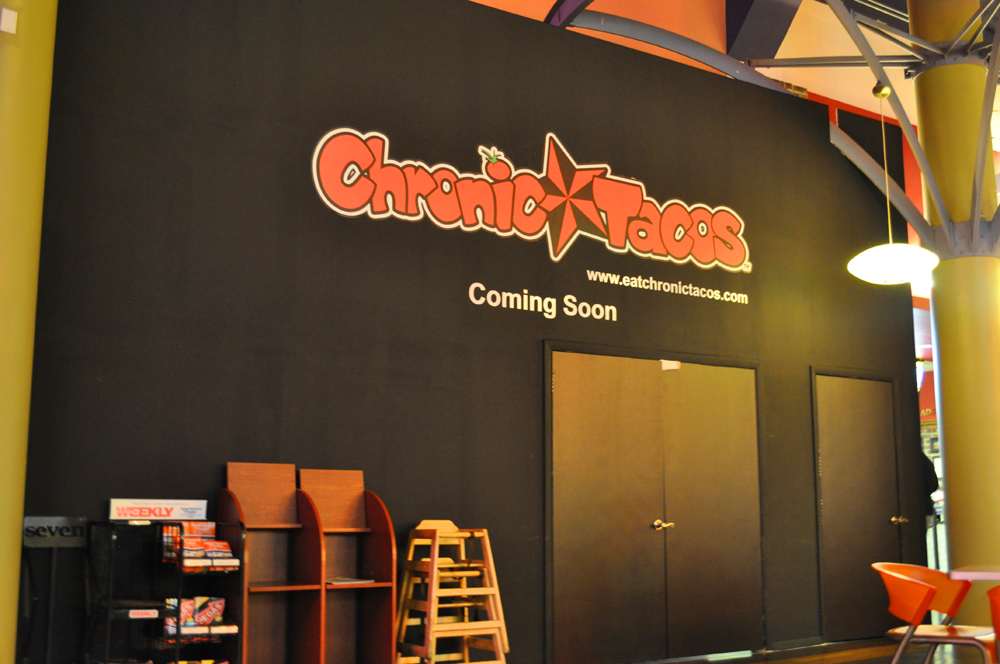 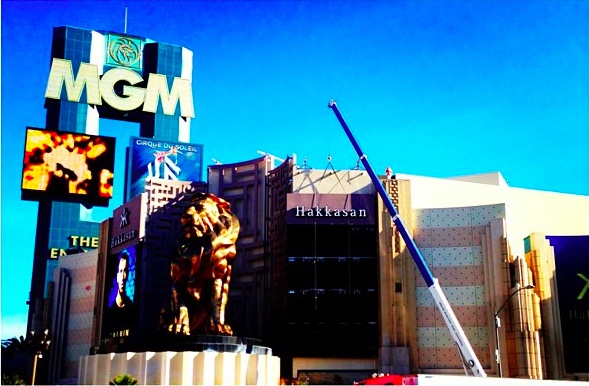 Hakkasan
Location: MGM Grand, 3799 Las Vegas Blvd. S.
Opening: Nightclub April 18, restaurant May 3
The massive club will take up 80,000 square feet over five levels filled with the restaurant and lounge as well as a new nightclub component, something unique to Las Vegas. Inside Hakkasan plans to have a similar Chinoiserie decor to the flagship, Michelin-starred London location.
· All Coverage of Hakkasan [~ELV~]
[Photo: Facebook] 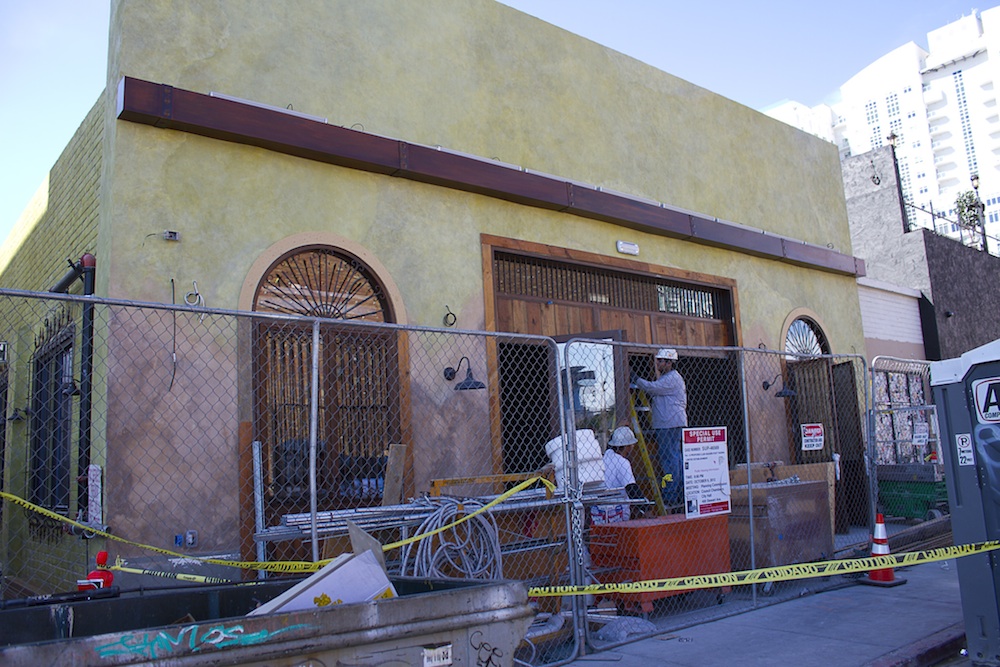 La Comida
Location: 106 S. Sixth St.
Opening: April 29
Michael Morton's Downtown Mexican restaurant has stripped a Sixth Street building to its bones and aims to rebuild with a 25-foot cocktail bar and outside dining on a newly created patio area. Look for a large selection of tequilas and a pink neon monkey.
· All Coverage of La Comida [~ELV~]
[Photo: Chelsea McManus] 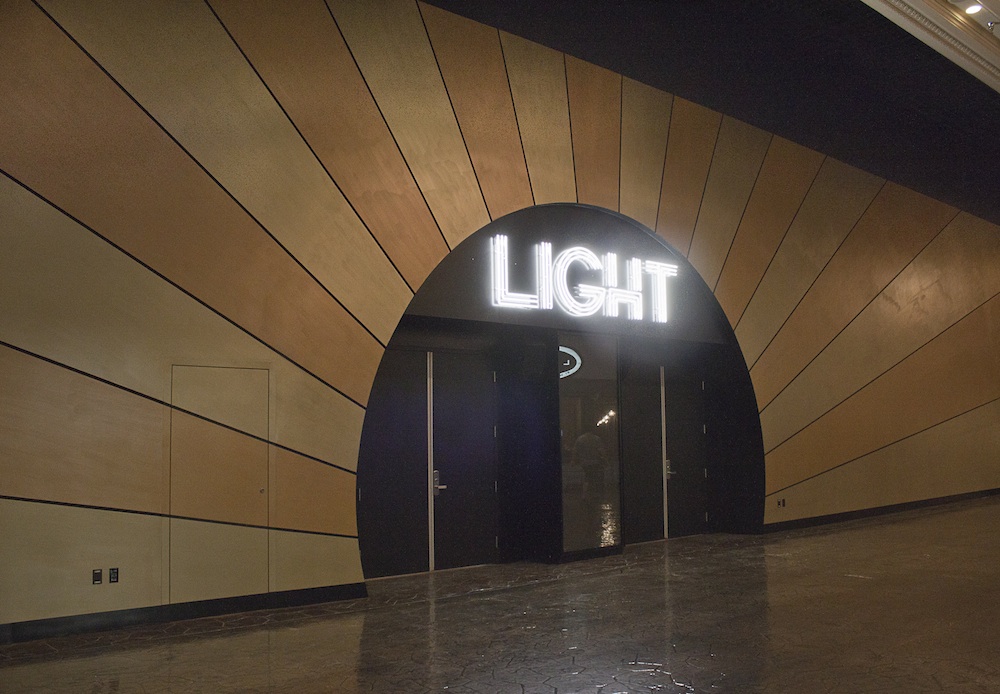 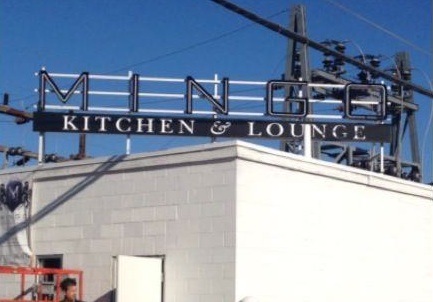 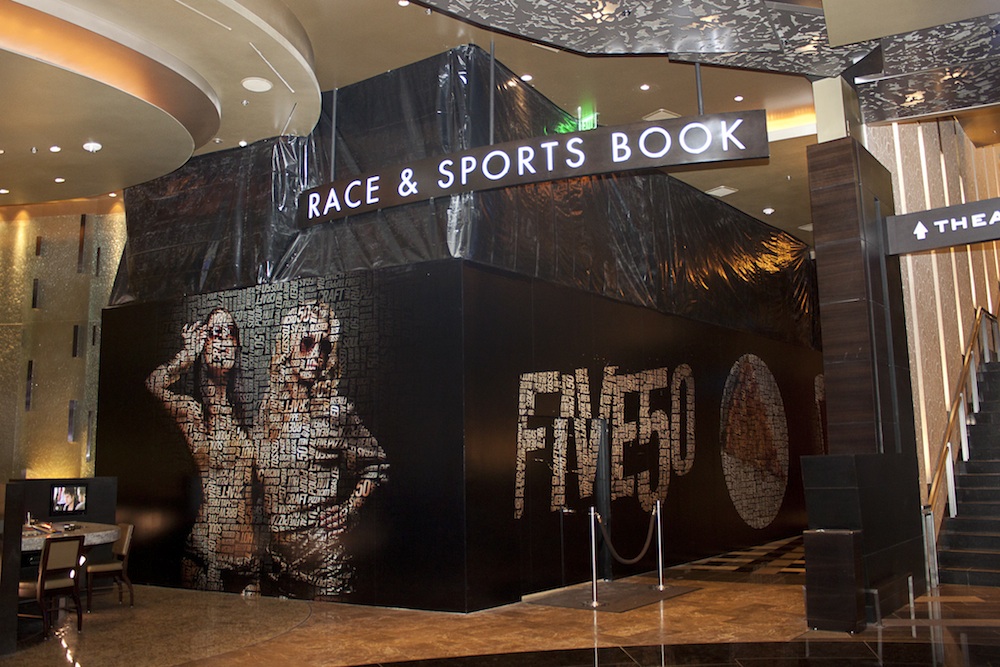 FIVE50 Pizza Bar
Location: Aria, 3730 Las Vegas Blvd. S.
Opening: May 2013
Skybox Sports Bar & Grill shut down to make way for FIVE50 Pizza Bar, a new concept from Shawn McClain of Sage fame. Expect to find pies with a twist on East Coast and Sicilian-style pizzas. While the name FIVE50 refers to the temperature at which the pizza is cooked, it also represents the time the restaurant offers a special happy hour daily.
· All Coverage of FIVE50 Pizza Bar [~ELV~]
[Photo: Chelsea McManus] 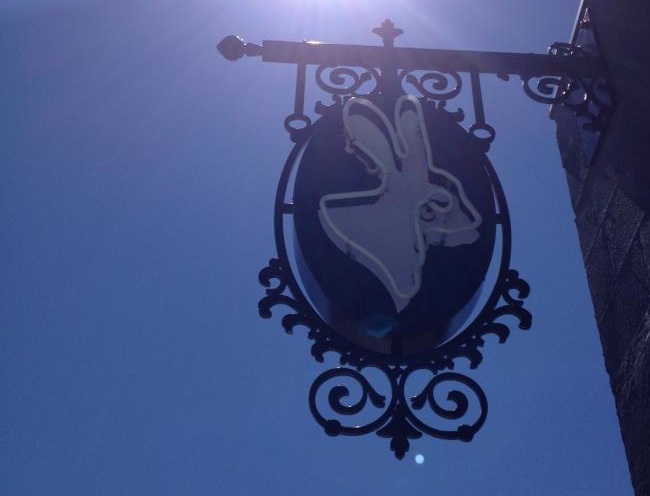 Velveteen Rabbit
Location: 1218 S. Main St.
Opening: April
The Velveteen Rabbit takes over a vacant space ravaged by fire. This lounge named for a children's book plans to leap onto the scene this month. Look for retro cocktails as well as punch served by the bowl and glass. Many of the furnishings here were found at second-hand stores.
· All Coverage of Velveteen Rabbit [~ELV~]
[Photo: Facebook] 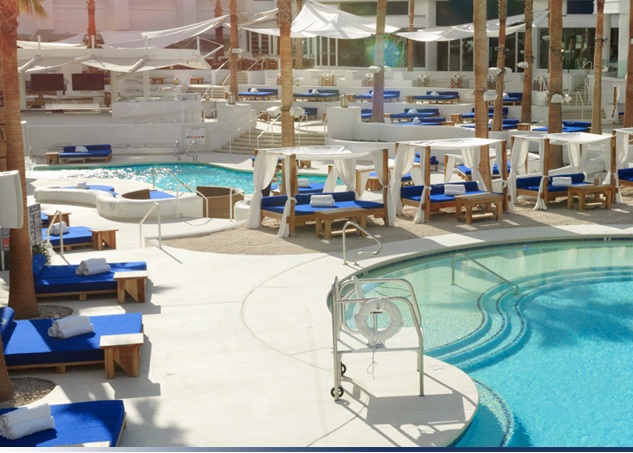 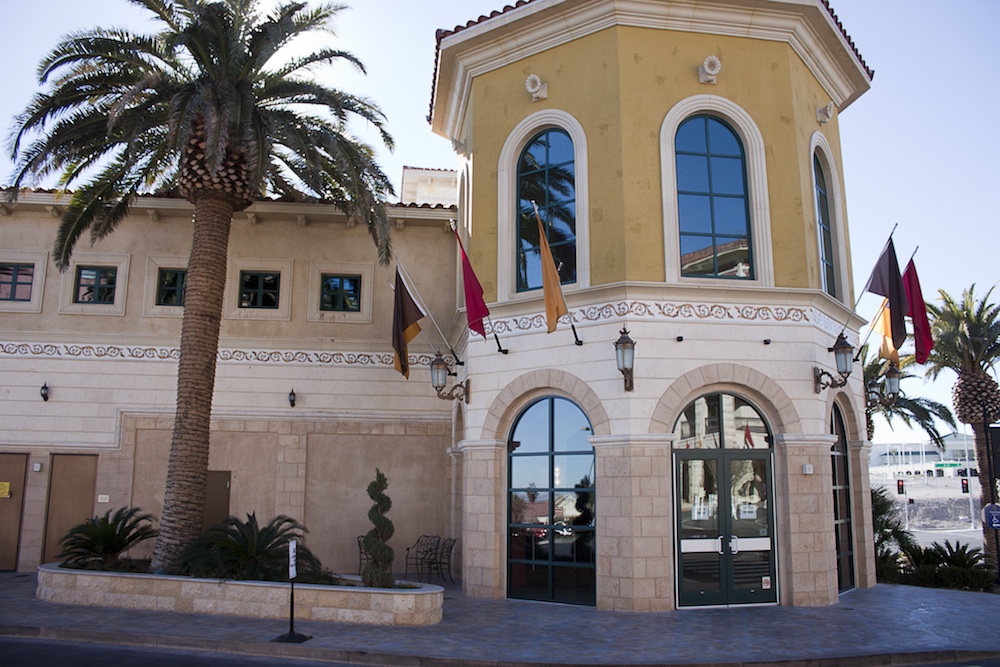 Hops & Harvest
Location: Tivoli Village, 400 S. Rampart Blvd.
Opening: May
Bradley Ogden makes his return to Las Vegas with Hops & Harvest, a restaurant focusing on beers and farm-to-table food, in Tivoli Village. Yes, his infamous burger will be on the menu.
· All Coverage of Hops & Harvest [~ELV~]
[Photo: Chelsea McManus] 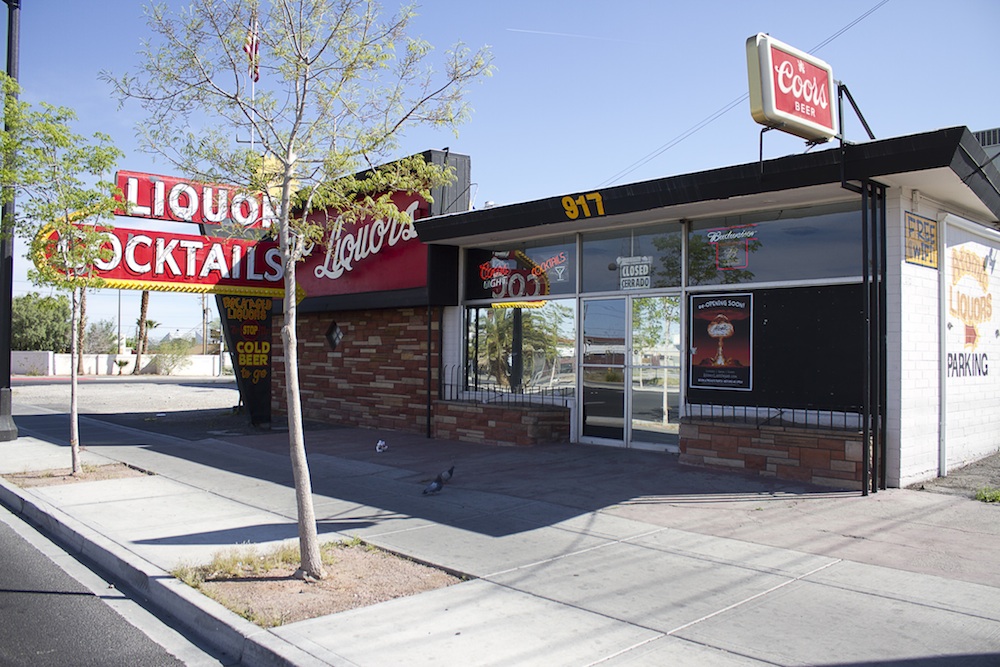