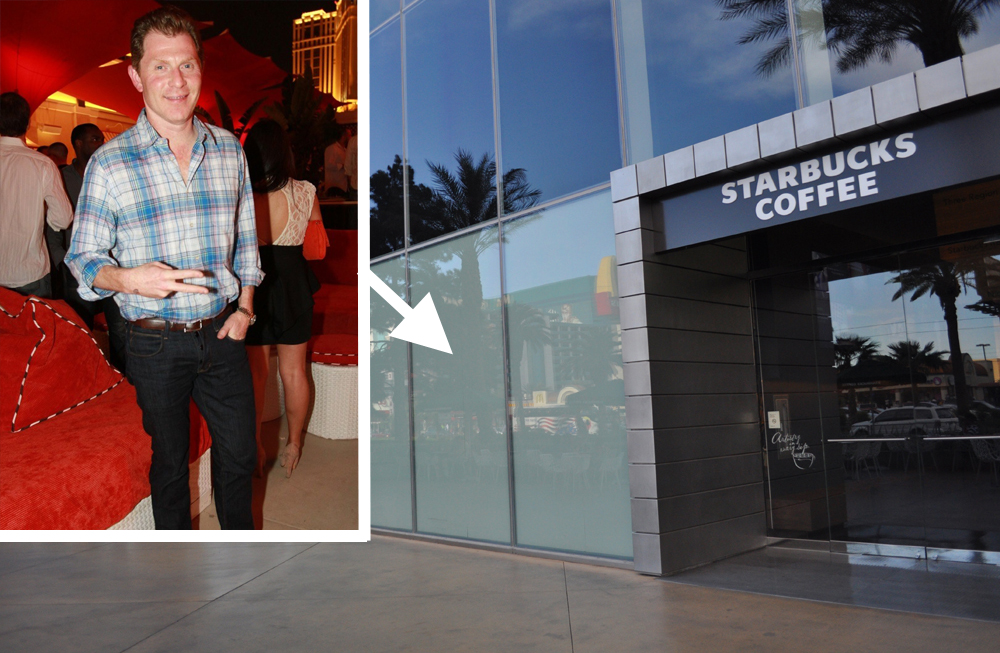 The burger wars are about to get a bit dicier in Vegas. Just announced, Bobby's Burger Palace, opening at Crystals from none other than Bobby Flay himself. Flay, who already has Mesa Grill at Caesars Palace, makes his first foray west with the burger joint, which has multiple locations on the East Coast. The Vegas location, between Pinkberry and the newest Starbucks on the Strip, plans to open by the end of the year.

The highlight of the menu here is the Crunchburger, which features double American cheese and potato chips for $6.75. Flay trademarked the terms "Crunchburger" and "crunchify" — the practice of "adding a handful of potato chips between the burger and bun" — in 2010.

Burgers here can be made with certified Angus beef, ground turkey or chicken breast, and any burger can be "crunchified." Look for the Bobby blue burger with blue cheese; the Dallas burger, a spice-crusted burger and coleslaw, Monterey Jack, barbecue sauce and pickles; and the Philadelphia Burger with provolone cheese, griddle onions and hot peppers. The limited menu includes griddled cheese sandwiches and salads as well.
· All Coverage of Bobby's Burger Palace [~EN~]
· All Coverage of Bobby Flay [~ELV~]