Share All sharing options for: Coco Austin on the $500,000 Drinks at Hakkasan 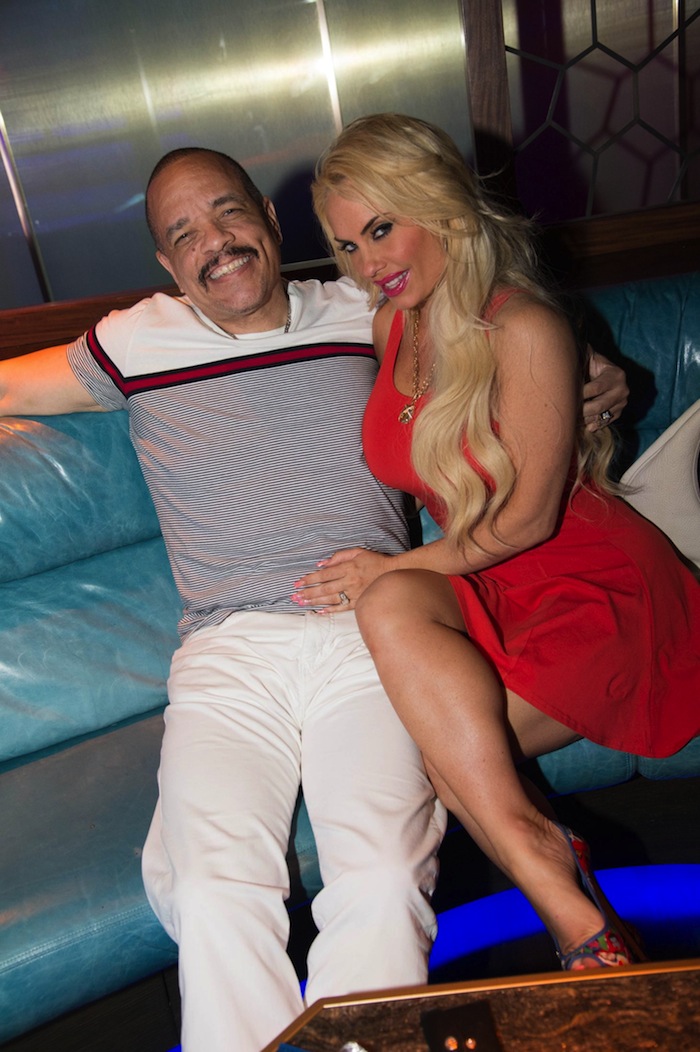 Peepshow star Coco Austin is sounding off about the prices on the premium beverage menu at Hakkasan. The reality star and her husband Ice-T were spotted in the Ling Ling Club on the third-level of the massive Hakkasan complex at the MGM Grand last Thursday night. The next day, she took to the Internet to slam the outrageous prices.

"This is seriously disgusting!U won't believe me when u see these prices 4 drinks.Thats why I had 2 take a pic.Its a super menu 4 VIP ballers," she wrote on WhoSay.

But it's the Dynastie that catches your eye. A cool $500,000 earns a bottle of each of these sizes of Ace of Spades Gold Brut: 750 ml, magnum, jeroboam, rehoboam, methuselah, salamazar, balthazar, nebuchanezzar and midas. 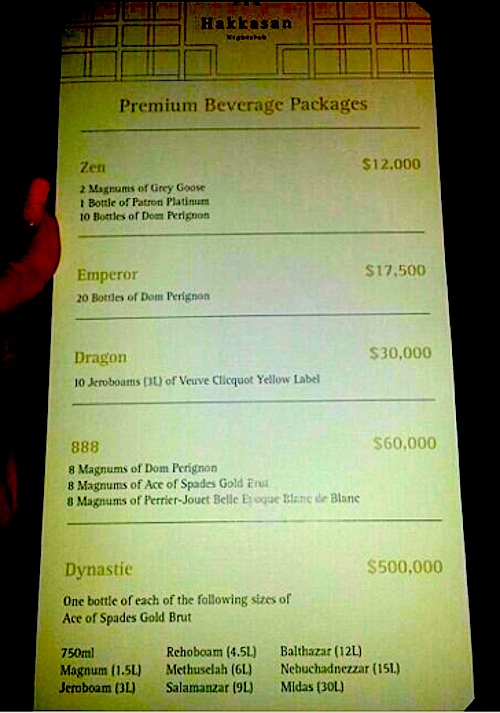