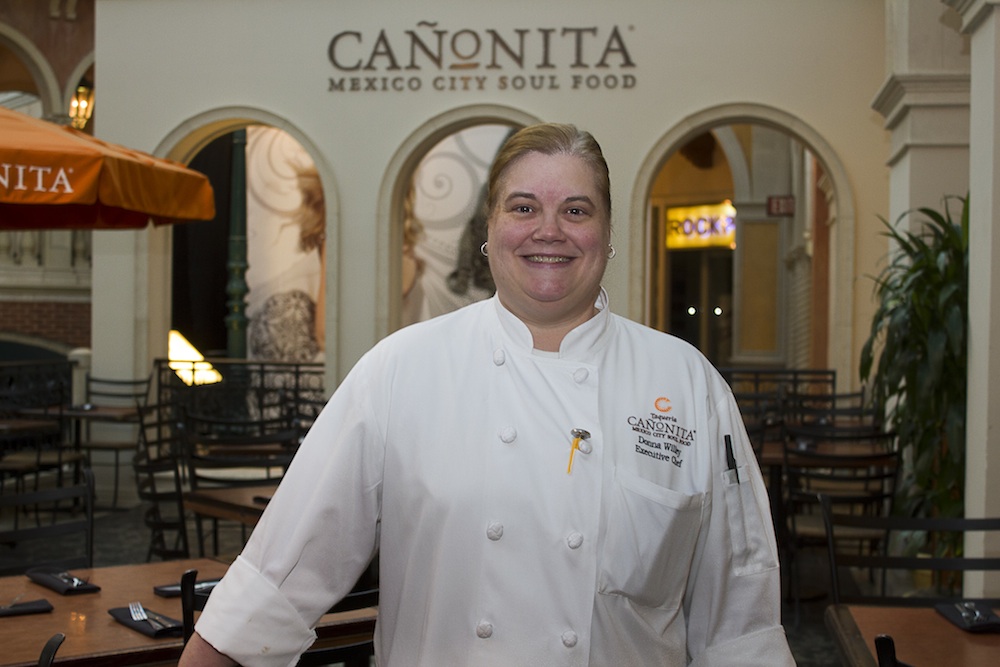 It took Donna Willey a while to figure out that cooking was her passion. The Massachusetts native grew up eating Shake 'n Bake chicken, fresh-floured trout cooked in bacon fat for breakfast and homemade oatmeal cookies for a treat. She went to New Hampshire College and ended up in the banking industry until 1991, when she headed to New England Culinary Institute. After an internship in Montpelier, France, at the two Michelin starred Le Jardin de Sens, she ended up at the Boston Harbor Hotel and then moved to the rolling hills of the Berkshires, where she worked at the Red Lion Inn in Stockbridge, Mass. By 2001, she was ready for Vegas, where she became the executive chef of the Westward Ho Casino, followed by a stint at Border Grill at Mandalay Bay. Now the chef heads up the kitchen at the recently refreshed Canonita at the Grand Canal Shoppes at the Venetian. Here she shares her favorites places to find good grub when she's not cooking up Mexican fare.

Which restaurants do you turn to when you're not working?
Craftsteak at the MGM Grand, Ri Ra Irish Pub at Mandalay Place and Aquaknox in the Venetian.

What dishes are most memorable?
First Craftsteak in the MGM Grand: They have the best Kobe skirt steak on the planet. It's expensive so it's a real treat to go there. I love that everything's a la carte. I get to "Craft" my own meal.

Second is Ri Ra Irish Pub in the Mandalay Place: Shepherd's pie and a Smithwick's on draft. The bartenders are friendly and the shepherd's pie is always piping hot and delicious. It's perfect comfort food after a hard day of work.

Third is Aquaknox in the Venetian: a tie between their clams in garlic broth — it's what a clam aspires to be — and their lobster bisque. Velvet, liquid lobster heaven.

A close runner up would be a couple of Mediterranean mom and pop places in my neighborhood; Khoury's and Belady Café. I love cheap and cheerful places that are making food the way their grandmothers showed them.

Belady Café has a great lamb shawarma sandwich. I love the connection to history. Nothing fancy, just made with love. Food marks every occasion in our lives.
· All Coverage of Canonita [~ELV~]
· All Dining Confidentials [~ELV~]