Where Comedian Carlos Mencia Dines After the Show

Share All sharing options for: Where Comedian Carlos Mencia Dines After the Show 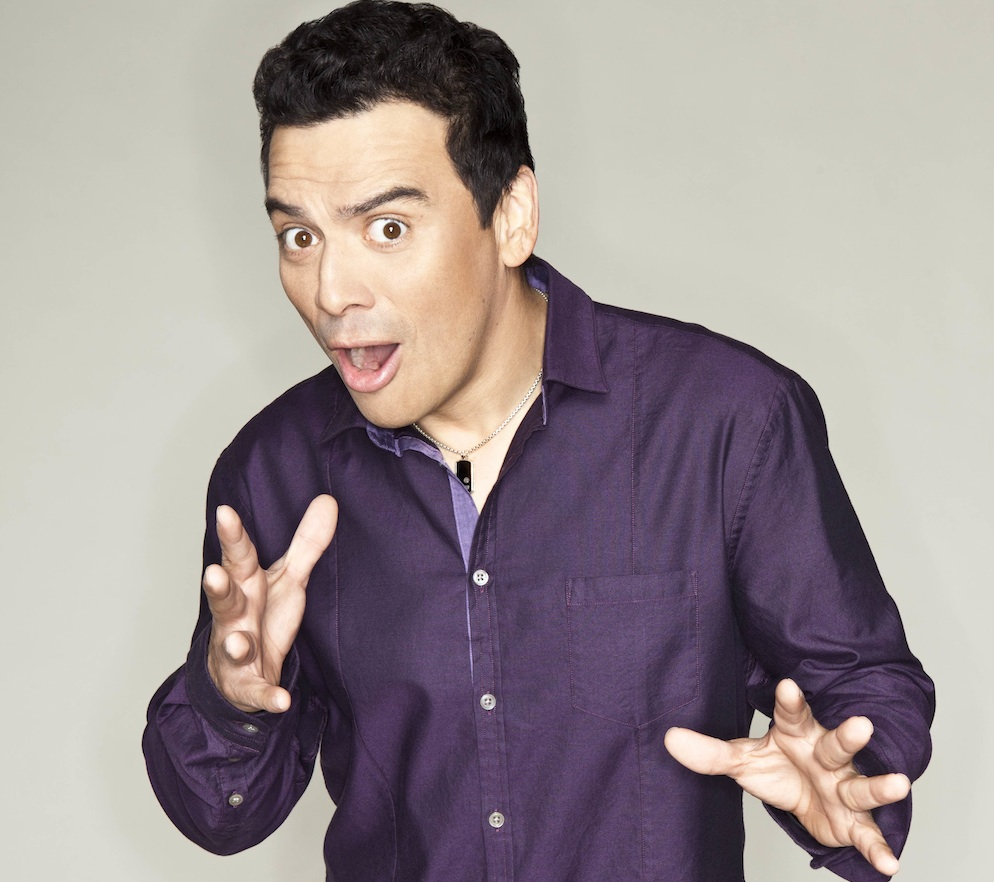 Growing up at the 17th of 18 children in San Pedro Sula, Honduras, surely food was on the mind of comedian Carlos Mencia. His show Mind of Mencia debuted in 2005 on Comedy Central, leading to film appearances in The Heartbreak Kid and Our Family Wedding, nationwide tours and visits to troops overseas. He even has a chain of restaurants, Maggie Rita's, in Houston, a concept Mencia says is "not refined enough" to bring to Vegas. Mencia finds himself back in Vegas playing at Treasure Island on Friday night at 9 p.m. Tickets start at $49.95 and available at 702-894-7722. Here, Mencia, a self-proclaimed foodie, shares some of his favorite stops in Vegas that at one time included the now-defunct Union at Aria and Kokomo's at the Mirage.

Are you still involved in Maggie Rita's?
Yeah, there's still a couple of them in Houston. We're trying to finesse and work out the kinks.

Have you ever thought about bringing Maggie Rita's to Vegas?
Not yet. It's not refined enough. It's definitely not yet a product that I would be willing to put out. I don't fell that it's the right time. There's good timing for everything. Inevitably I have that goal, I'm just not ready yet. Mexican cuisine is tough as a whole. It's easier for McDonald's to call it a McWrap than to call it a burrito. People are only willing to pay so much for burritos.

Do you have some favorite restaurants in Las Vegas?
Oh, god yes. How could you not? The midnight one I didn't go there last time. Is Peppermill still there? To me there's nothing like Peppermill anytime after shows. They have a huge menu from fattening and disgusting to light and lean. I just find it convenient, homey. It takes me back to my older comedy days at the Ritz. We would walk across the street and have every worst combination of deep fried fatty foods. It was awesome.

Do you have any other places you like to frequent here in Vegas?
There's so many good restaurants.

What's funny, I never wanted to say this in an interview. For some reason, every single time I go to Vegas I end up eating at P.F. Chang's off the Strip. There's one at Planet Hollywood. I don't go to that one. I go to the one off the Strip. I don't do it on purpose; I just end up there at some point.

I've eaten a lot of Chinese food in my life and they have a plain menu. Every time I'm in Vegas, I end up picking up someone at the airport and I see P.F. Chang's when I'm driving down that road.

And then I end off the Strip going to Fogo de Chão. There are a lot of buffets in Vegas, but you really can't beat the all- you-can-eat meat.

They have good steak, by the way. A really good product. Ridiculously good and too difficult to say no. That to me is the best all- you-can-eat buffet.

Do you have any more upscale restaurants that you like to go to?
You know what happens? Because I'm working, I rarely get to them. I did like that steakhouse at the Mirage.

Is Tao still there? Tao has good food. I eat there frequently before it becomes a club.

I actually like watching Diners, Drive-ins and Dives or some crap like that and contemplated going to some of those greasy spoons and see if their really as good as they say.
· All Coverage of Comedian Confidential [~ELV~]