Joël Robuchon on Throwing a Plate at Gordon Ramsay

Share All sharing options for: Joël Robuchon on Throwing a Plate at Gordon Ramsay 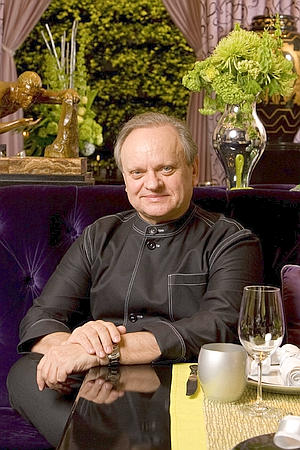 Employees at Joël Robuchon and L'Atelier de Joël Robuchon at the MGM Grand can attest to their fear of anything but perfection when the Chef of the Century is in town.

The Telegraph interviews Robuchon at his newest restaurant, Odyssey, in the Hotel Metropole in Monte Carlo, Monaco. "Whenever he descends on one of his periodic tours of inspection, ripples of fear pass down the corridors."

On whether Robuchon's temper is a fearsome as the stories, he says, "I've never thought of myself as having that much of a temper. But it's true that I can't stand it when things are not done properly. When that happens, I cannot control my reaction."

The one time he did throw a plate was at none other than Gordon Ramsay. "I remember it was a dish of langoustine ravioli. He hadn't made it properly. I told him so and Gordon reacted in a very arrogant manner. Although he was very talented, his attitude had always been? difficult. At the end of every service, he used to fling his pan down on the stove and threaten to resign because I was so demanding. This time, it really got on my nerves and so I threw a plate at him."