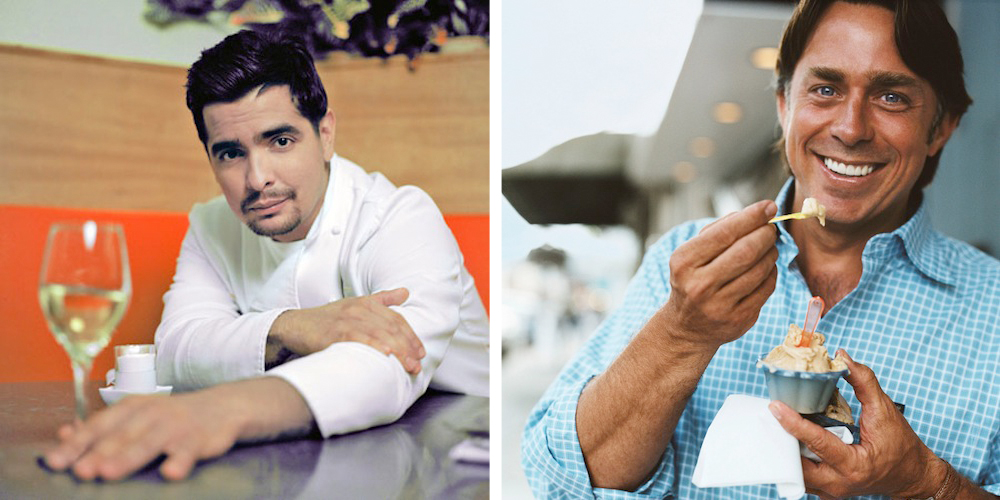 The celebrity chef quotient in Vegas could be going up even more with word that New Orleans chef John Besh and Kansas City chef Aarón Sanchez are collaborating on a new restaurant. And that restaurant might just land in Vegas.

Besh, who was at the Aspen Food & Wine Classic, told Eater National that the duo is "working on a restaurant together called Johnny Sanchez. And it's fun, whimsical farm to table tacos and a fun, casual Mexican food and tequila bar all in one. Not nightclubby but not just a restaurant either, a very social setting."

Besh says he met with Caesars Entertainment last week "and they were very excited about it." Keep in mind though, Besh has Besh Steak in Harrah's New Orleans, so he could be talking to any Caesars property nationwide.

Johnny Sanchez would offer up dishes such as a "goat cheese stuffed fried blossom tacos to his grandmother's tacos with chicharron."

In recent weeks, Daniel Boulud announced DBGB Kitchen & Bar coming to the Venetian, Bobby Flay has Bobby's Burger Palace coming to Crystals, Guy Fieri says he's bringing a restaurant to The Quad, Giada De Laurentiis probably has a restaurant going in the coming Gansevoort, Buddy Valastro of Cake Boss has Buddy V's going in the Palazzo and Mario Batali and Joe Bastianich are bringing B&B Burger & Beer to the Venetian.

Besh already has Restaurant August in New Orleans, which twice landed on Gourmet Magazine's list of best restaurants, along with nine other restaurants. Aarón Sánchez is the co-star of two Food Network shows, Chopped and Heat Seekers, and the chef/owner of Kansas City's Mestizo. He also created the fare at Crossroads at House of Blues nationwide including here at Mandalay Bay.
· John Besh on His Upcoming Project with Aarón Sanchez, Johnny Sanchez's [~EN~]