Natalie Young Is a 'Back to Basics' Kind of Girl

Share All sharing options for: Natalie Young Is a 'Back to Basics' Kind of Girl 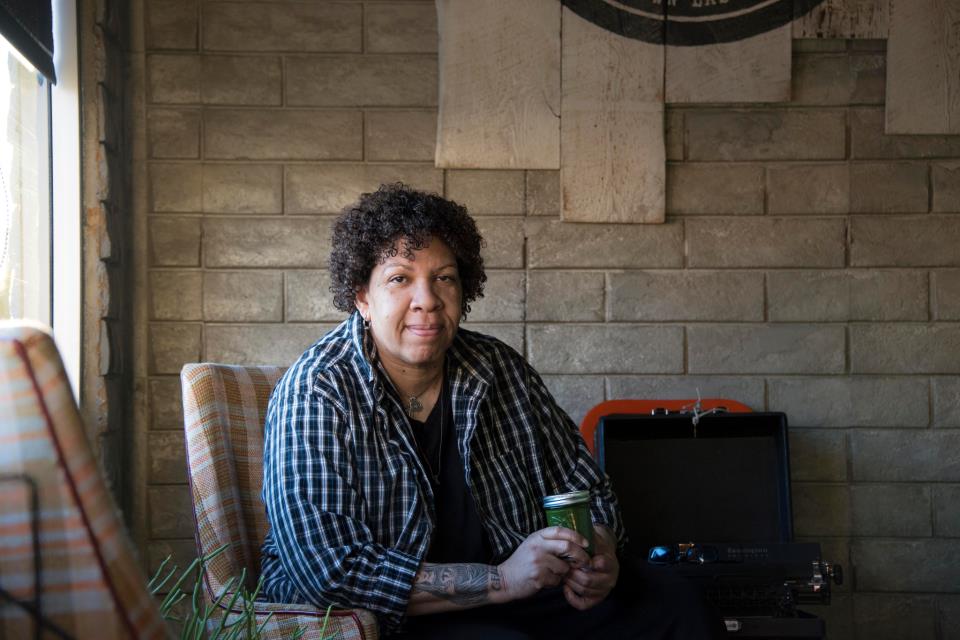 You could consider Natalie Young a pioneer in the Downtown dining scene. By opening her breakfast and lunch spot Eat two blocks east of where anyone was planning to do anything, she moved the footprint of Downtown Vegas and opened up the dearth of new options that followed. Of course, she's also one of the first to get funding through the Downtown Project, Zappos head honcho Tony Hsieh's effort to reinvigorate the area to make way for his company headquarters moving into the former City Hall. Young says she only has four payments left to make on Eat and she will be free and clear.

Young moved to Vegas nearly 13 years ago to work in the kitchens at places such as the MGM Grand, the Hard Rock Hotel, Eiffel Tower Restaurant at Paris Las Vegas, P.J. Clarke's at the Forum Shops at Caesars and more. Now her soulful diner is one of the must-eat places in Downtown. Here she shares some of her favorite places to dine when she's not working at Eat.

Which restaurants do you turn to when you're not working?
I've been in here every day, nearly 248 out of 250 days, so I don't get out much. I like to go to Oscar's just to get a steak on a plate ribeye. I like a good ribeye with no char. It's just a steak on a plate. I like to sit at the bar there. No sauce, just a good cooked steak.

At Paymon's Mediterranean Cafe & Lounge, I like the spaghetti bowl. I'll go there once in a while after work and order a Caesars salad, a piece of chocolate cake with coffee and I'm in heaven.

I go to Le Thai for Thai food if I just want to get fried rice with shrimp or pork. It's consistent and fast.

I do go to hang out. I go to Commonwealth, Downtown Cocktail Room and Park on Fremont. I like those places.

All are really simple. I don't want foam. I've been in fine dining for 20 years. I'm just back to the basics kind of girl.
· All Coverage of Eat [~ELV~]
· All Dining Confidentials [~ELV~]