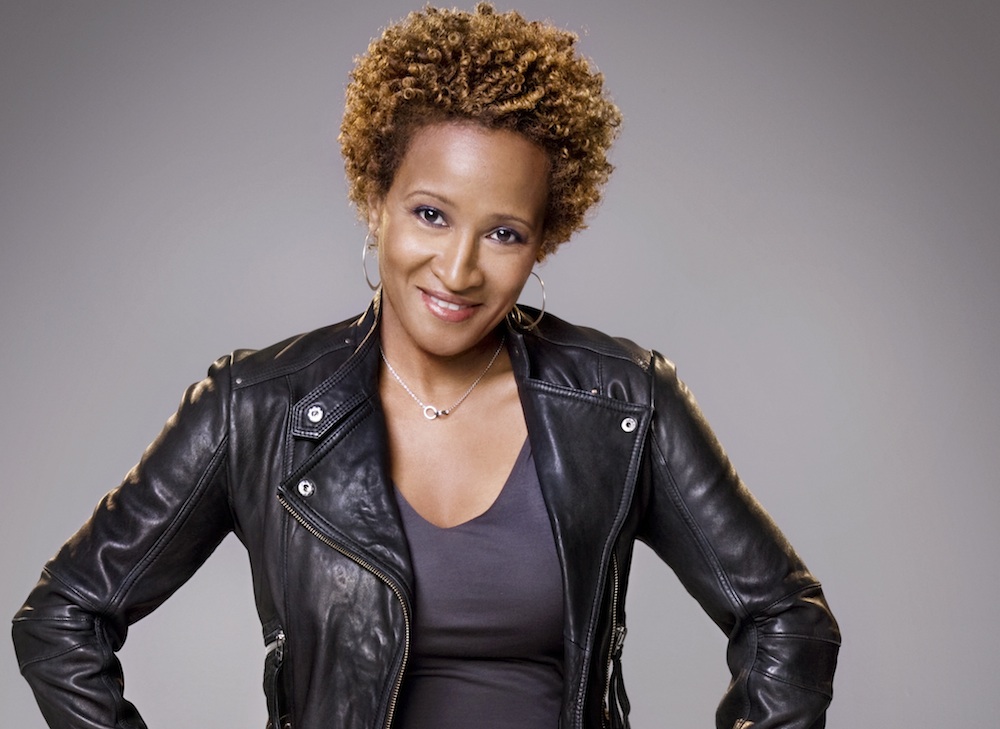 Wanda Sykes worked for the National Security Agency for five years before throwing in the towel and taking a stab at comedy. She's probably best known for her role as Barbara Baran on The New Adventures of Old Christine and appearance son HBO's Curb Your Enthusiasm. Her newest film — The Hot Flashes with Brooke Shields, Virginia Madsen and Daryl Hannah where a group of friends reunites their high school basketball team — comes out June 27. Also in the works, she just returned from Harpo Studios in Chicago, where she hosted and produced two comedy specials with "comedians who happen to be women" that appears July 13 and July 20.

This weekend, Sykes brings her comedy to Treasure Island for her first stint at the resort on Friday at 9 p.m. Here, Eater Vegas chatted with Sykes about places she likes to dine while she's in town. "I like going to nice restaurants and everything, but when I'm in Vegas it's a blur," she says. But that doesn't mean she doesn't know the dining scene here. "It sounds like I should pack a sandwich."

I've read that you're a great cook. Any specialty dishes you like to make.
I don't know about a great cook. I do OK. I enjoy cooking. I haven't had any complaints. My lamb chops are pretty good. I make a mean spaghetti sauce. Roast chicken. There's a bean dish; I look to cook beans. And then I like to go on Epicurious or read cookbooks and try something out. My wife, she'll cook, but she's not really into it. I prefer to cook while she's with the kids.

Now it's more of the French like Joël Robuchon. Actually I was just in France for the holidays over Christmas and we went to the L'Atelier there in Paris. So he has one in Vegas. I might go check that out. My wife is not going to with me to Vegas so she would probably be upset if I do that. She'll smell all the butter from the potato puree and she's going to know. It's like five parts butter and one part potato. It's just ridiculous.

A month ago I went to the doctor and my cholesterol was high. I'm sure it's from those potatoes I ate. I was sure. You just know.

They should have EMTs on site waiting to rush you off to the nearest hospital or at least a difibrillator.

Julian Serrano.
I might check that out. I'm there for one night, so it's not like I can get this all in. I like to vacation in Vegas anyway. I'll go back with the wife.

What do they have at Treasure Island?

Gilley's. We'd love to see you ride the mechanical bull.
I really can't afford to break a hip right now.

I will be venturing out.

Bouchon, isn't that there? It's upstairs. That was good.

Do people tend to bother you while you're eating?
It's so funny. When I'm with my tour manager, he's this huge guy. 6-foot-4, big and tall and black guy. So when I'm eating there with him, they don't bug me too much. A pretty girl might come over but Kevin's making googly eyes at him.

Or if they come over, he'll say, "Wait until she's done eating." Usually old people and kids I don't turn away. With old people might be there last chance.

If I'm with my family, they seem to respect that if I'm with my kids. If I'm with friends, they don't care. I was in a conversation with a friend and her mother was just diagnosed with liver cancer. People started coming up to me. Not now. man. They didn't know what was going on. You're with a friend going through that and a total stranger walks in like they know you.

Little things like that every now and then but it's not too bad. I have a pretty good life.

They're making a movie about Hillary Clinton's life and Al Roker thought you should play her.
That Al Roker. I love him. He's silly. He just does the weather; he doesn't cast movies.

I would jump at it. It would be the funniest. The wardrobe would be comfortable — pantsuits, sensible shoes. I am all over that.
· All Coverage of Comedian Confidential [~ELV~]