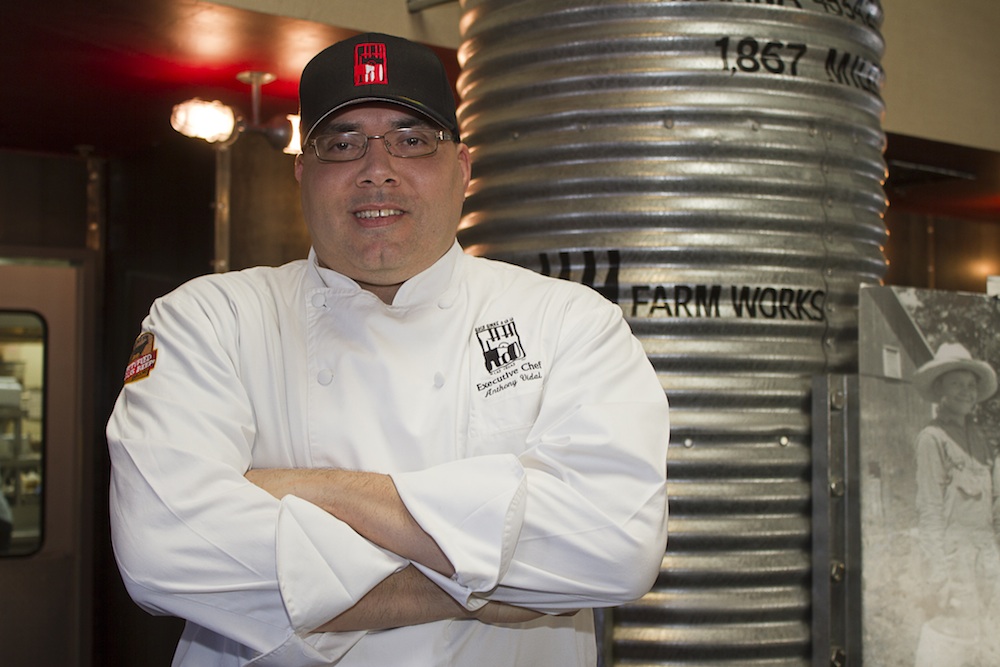 Chef Anthony Vidal started his cooking experiments growing up the son of a single parent in the South Bronx. After graduating from the New York Restaurant School, he hit the road to Pasadena, Calif., where he worked at the Cheesecake Factory and later opened the Grand Lux Café in the Venetian. That led to stints at Rock Lobster in Mandalay Bay and a return to the Cheesecake Factory at the Forum Shops at Caesars, and later opening locations in Phoenix and Chandler, Ariz. Then he returned to Vegas to work at the newly opened Commander's Palace. That's when Jim Rees reached out to Vidal to help him open a new restaurant —  Hash House a Go Go — where he is now the corporate chef for the nine outlets nationwide including four in Vegas. Here he shares his favorite places to dine when he's not making twisted farm fare.

Which restaurants do you turn to when you're not working?
Osaka Japanese Bistro on Sahara, Cheesecake Factory at the Forum Shops at Caesars and the Oyster Bar at Palace Station.

What dishes are most memorable?
Osaka has a crispy rice dish that has spicy tuna, avocado, cucumbers and oriental sauce and the trick is to why it is so good they torch the rice.

At the Cheesecake Factory they have great egg rolls that are hand made daily. The Tex Mex has a tamarind sauce and the avocado roll has a Thai peanut sauce to die for.

At the Oyster Bar, all the seafood is fresh and all the chowders are made in front of you so you see what you're getting (lots of seafood).

Why do you enjoy going there?
At Osaka, I love their sushi bar and when I want to take the family it has a family room.

At Cheesecake Factory, I just love their atmosphere and I worked there before so I know all their food is fresh.

At the Oyster Bar, this is the place where after a stressful day I can go there alone and have the best seafood.
· All Coverage of Hash House a Go Go [~ELV~]
· All Dining Confidentials [~ELV~]