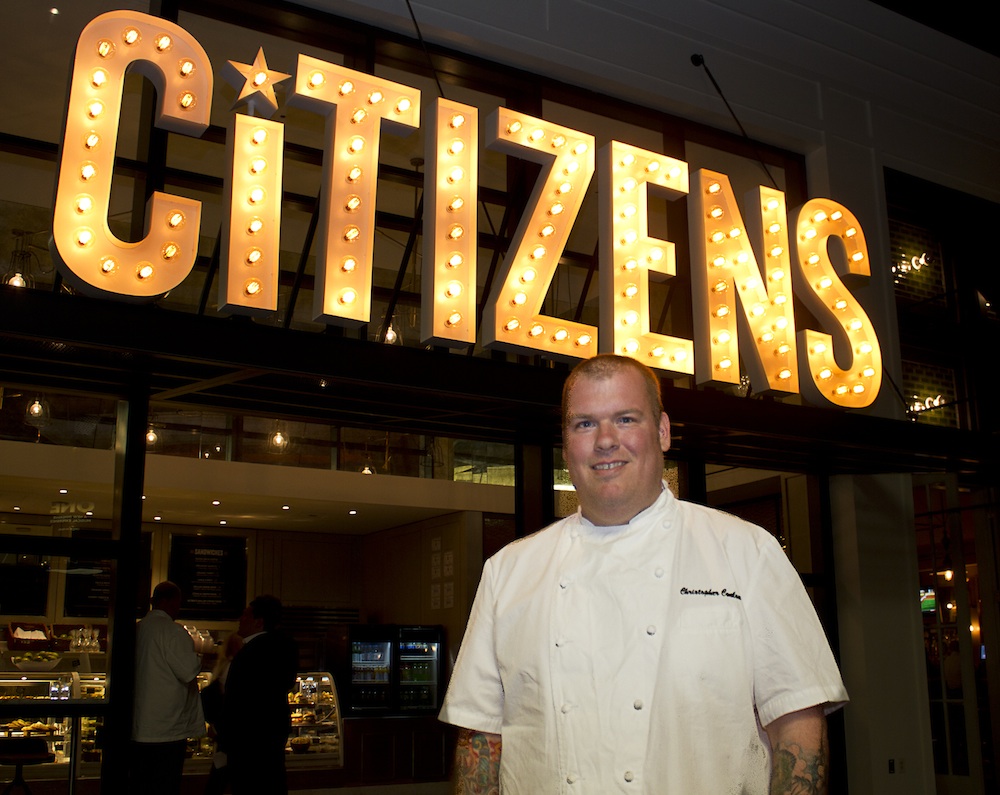 Buffalo, N.Y., native Chris Conlon helped his grandfather tend his garden and helped his grandmother in the kitchen before attending the Culinary Institute of America. First he worked at Nantucket's Straight Wharf Restaurant before being recruited by Charlie Palmer to open Aureole in Mandalay Bay. Conlon moved back to Boston in 1999 to work under chef Michael Schlow at Radius and then returned to Vegas to work with former Aureole chef Brian Massie at N9NE Steakhouse at the Palms. That naturally led him to N9NE Group stints in Dallas and Aspen, but the draw of Vegas was enough to bring him back a third time working for Massie, now with The Light Group. Now Conlon is the executive chef at Red Square and Citizens Kitchen & Bar, both at Mandalay Bay. Full circle, eh? He's been busy opening the restaurants, but he found some time to share some of his favorite places to dine during his off hours.

Which restaurants do you turn to when you're not working?
Since we began working on the new projects at Mandalay Bay the free time has been limited but my wife and I still find time for our favorite Thai food. We love that Panna Thai is so close to the house and the basil noodles are our favorite. The freshness of the basil and just the right amount of spice gets us coming back every time.

After a long day in the kitchen a new staple is walking over to Wolfgang Puck's Lupo for a cold Stella and a Salame pizza. I love the crisp yet chewy dough and the combinations of flavors are a perfect ending to a long day at work.

My favorite way to dine when I am off is a trip to Glazier's and staying home to cook. Spending time at home with my wife and son are the best meals. Glazier's has a great selection of everything you are looking for and my wife is my favorite person to cook with. She is a pastry chef and we worked together for five years. Watching a 16-month-old try something for the first time and loving it is the most rewarding experience I can imagine.

What dishes are most memorable?
Just this past week a meal at home. It was my birthday so I had some friends and family over for taco's and margaritas. I let a friend talk me into roasting a pig in his new toy, the caja china. I have roasted a few pigs in my days and have always impressed myself but this thing was so flavorful and tender. It was amazing. I don't think I will ever spit roast a pig again.

Why do you enjoy going there?
I know it's not going to a restaurant but I love going to Glazier's. I know they will always have what I am looking for and the surprises you find just amaze me. At any given time you can find something you only thought you would see back east or the next time you went to a certain part of the country then all of a sudden it is there. The micro beers that make a onetime appearance, the ice creams (McConnell's from Santa Barbara), chips, salsas — the list is endless. It is like opening a present each time I go in. I love the fact too that the staff seems to rarely change over and I see the same people when I go in. Reminds me of growing up in upstate New York where you knew everyone. It is nice to be recognized.
· All Coverage of Chris Conlon [~ELV~]
· All Dining Confidentials [~ELV~]