Share All sharing options for: Firefly's John Simmons Likes a Taste of Home 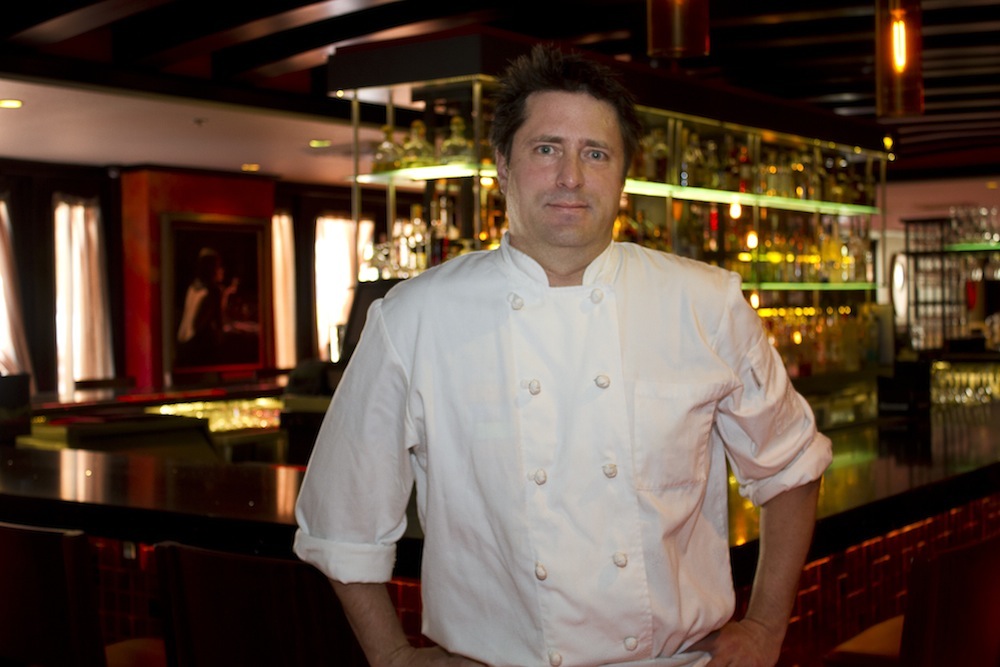 John Simmons had a rough spring, to say the least. His Firefly Tapas Kitchen & Bar on Paradise Road faced nearly 300 reported cases of salmonella. He shuttered the old location and opened a new one practically steps away. And he's doing everything he can to win back customers to his three Firefly locations.

Simmons started cooking professionally at 15, prepping cabbage soup, flipping omelets and washing dishes at a local deli. All through high school and college at the University of Illinois, he cooked to earn beer money. "Despite my enjoyment of the restaurant world, a career in the kitchen never crossed my mind," he says. After using his degree in economics for a couple years, he enrolled at Kendall College Culinary School in Evanston, Ill., and earning his degree in culinary arts, he spent a year in Sonoma, Calif., before returning to Chicago to open Bistrot Zinc, run by a French chef Rene Bajeux. Lettuce Entertain You Enterprises came calling to ask him to open Mon Ami Gabi at Paris Las Vegas as the executive chef. Four years later in 2003, Simmons decided to go off on his own to open Firefly. Here, he shares some of his favorite places to eat in Las Vegas, including one place that reminds him of Illinois.

Which restaurants do you turn to when you're not working?
I do a lot of cooking at home for my family on my rare free nights, but when I do get out I enjoy: Chocolate & Spice Bakery, Vintner Grill and Aurelio's Pizza.

What dishes are most memorable?
Chocolate and Spice — My wife picked up a mess of pastries and brought them home last night. I love the banana cream pie. It's super fresh and light, or at least as light as a banana cream pie can be. We live a couple blocks from the shop, which is nice.

Vintner Grill — The bouillabaisse is my go-to dish. Their version is good, brimming with seafood in a saffron-y, tomato-y broth and a toasty baguette crouton slathered with sauce rouille.

Aurelio's Pizza is my hometown pizza place. It originated in Homewood, Il, as did I. The pizza is very unique and I grew up eating it, so it brings me home to my childhood when I bring it home to my family. I go for the thin crust, extra sauce, mushrooms, half sausage and half pepperoni.

We just opened our new restaurant on Paradise. I like to call it Firefly 2.0, our new and improved version, with new menu items, new management, a beautiful, new patio, dining room, lounge and bar. Firefly is now bigger and better than ever and with our vigilant focus on food safety, there is no safer place to eat in town.
· All Coverage of Firefly [~ELV~]
· All Dining Confidentials [~ELV~]