How Did Herb Wilson Do on Top Chef Masters?

Share All sharing options for: How Did Herb Wilson Do on Top Chef Masters?

The world got to know Herb Wilson a little bit better last night when he made his debut on Top Chef Masters. He dated television personality Star Jones. He's mentioned in Anthony Bourdain's Kitchen Confidential. He's made a name for himself in New York City. And now he's the executive chef at SushiSamba at the Shoppes at the Palazzo. He promised he would play a prominent role in the first episode, and he did, but how did he fare on the show?

The 13 contestants are competing for a $100,000 prize, awarded to the charity of their choice. Wilson chose the American Heart Association. Sous chefs play an important role in the show, determining whether a chef gets immunity or finds themselves with fewer tools for their challenge. Bobby Silva worked the first sous chef challenge for Wilson, using oysters as his main ingredient. That meant Wilson had to use them in his challenge. 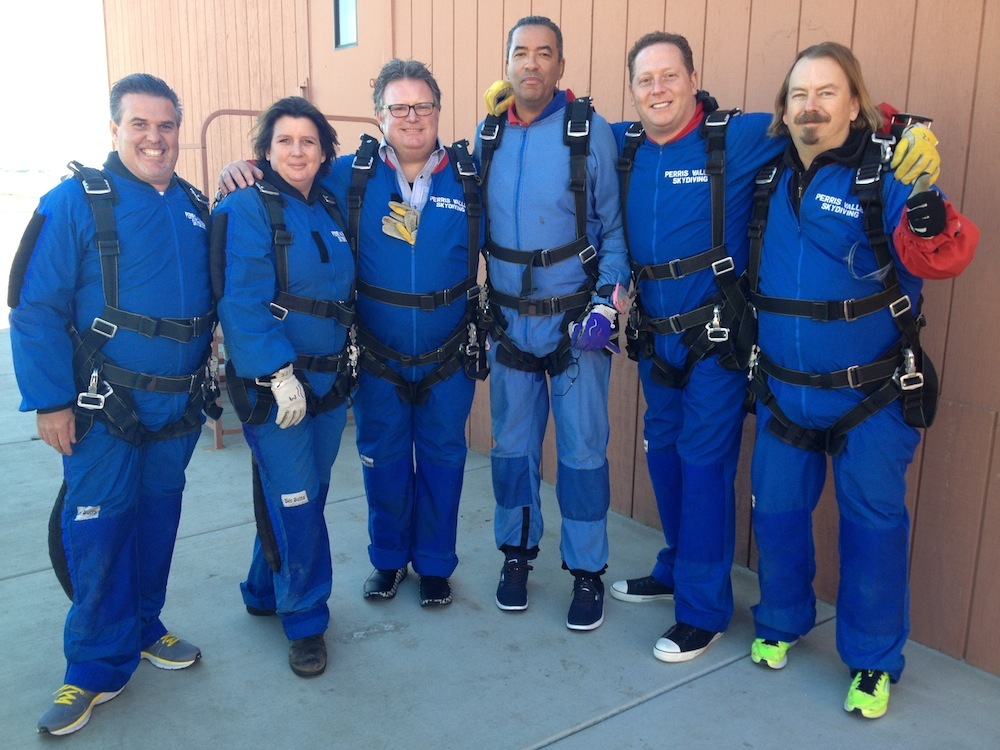 All 13 chefs had the choice of taking a Lexus to their first challenge and losing an hour of cooking time or parachuting out of an airplane and earning two hours of cooking time. Wilson jumped, along with 11 other contestants. Douglas Keane opted to drive there and lost an hour.

In the end, David Burke, Richard Sandoval and Wilson were in the bottom three. "It was a misjudgment in terms of time. I'm standing next to two top chefs who made their dishes without a chef's knife," Wilson said of his dish. He couldn't get his oil up to temperature to fry the oysters, so he served his dish without them.

"Do I deserve to go home? Yes, I do," he says on the show. "Not getting your dish to the table on time is the cardinal sin on Top Chef."

Off he went. But he did raise $3,000 for the American Heart Association.

"I was proud beyond! Thank you for playing for AHA and standing for Heart Health. Xoxo Stargel," Jones wrote on his Facebook page.