Could Paul Bartolotta Finally Have His NY Restaurant?

Share All sharing options for: Could Paul Bartolotta Finally Have His NY Restaurant? 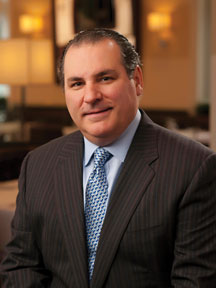 Back in January, Paul Bartolotta seemed close to inking a deal on a new restaurant in New York City, where his wife and daughter live. The chef behind Bartolotta Ristorante di Mare at Wynn Las Vegas still hasn't found the right fit, but now comes a rumor that he may be in contention for a job at Corton, the two Michelin star restaurant in the Big Apple.

Gael Greene says Corton owner Drew Nieporent is in negotiations with a new chef and floated a rumor that perhaps Bartolotta could be a contender. "The chef has been spotted looking at spaces around the city recently, and he has a great reputation in the industry."