Cosmopolitan's Chris Hopkins on Cutting People Off, His Favorite Drink Spots and More

Share All sharing options for: Cosmopolitan's Chris Hopkins on Cutting People Off, His Favorite Drink Spots and More 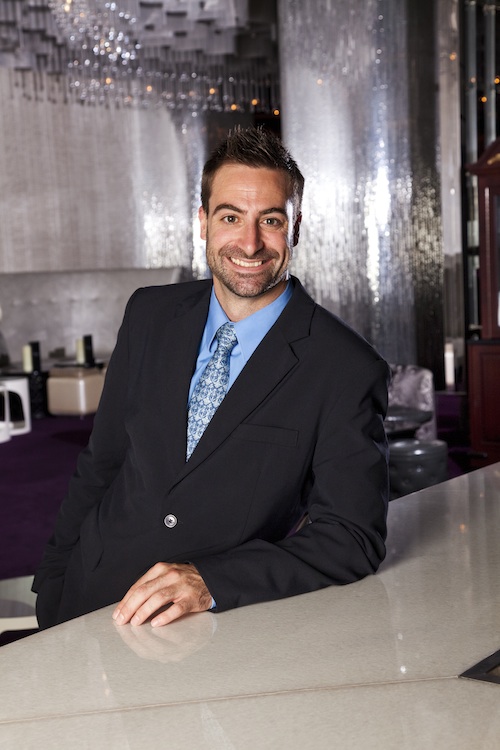 Chris Hopkins has spent the past 16 years in the beverage industry all over the world before becoming the general manager and mixologist of Vesper Bar in 2011. Now he's in charge of the Cosmopolitan of Las Vegas' entire mixology program at outposts such as Vesper, Bond and the Chandelier. His career kicked off in his native Perth, Australia, where he oversaw the Beer Hall of Fame, a list consisting of more than 100 craft beers. He moved on to London, the Soho House Group and San Francisco before landing in Vegas. Here he shares what it's like to manage a 130-cocktail program at some of the best bars and lounges in Las Vegas.

What's the busiest time of the week?
It varies from bar to bar. One timeframe is two hours before dinner from 6 to 8 p.m. It's a busy two-hour period that overlaps with conventions getting out and pools getting out at that time. 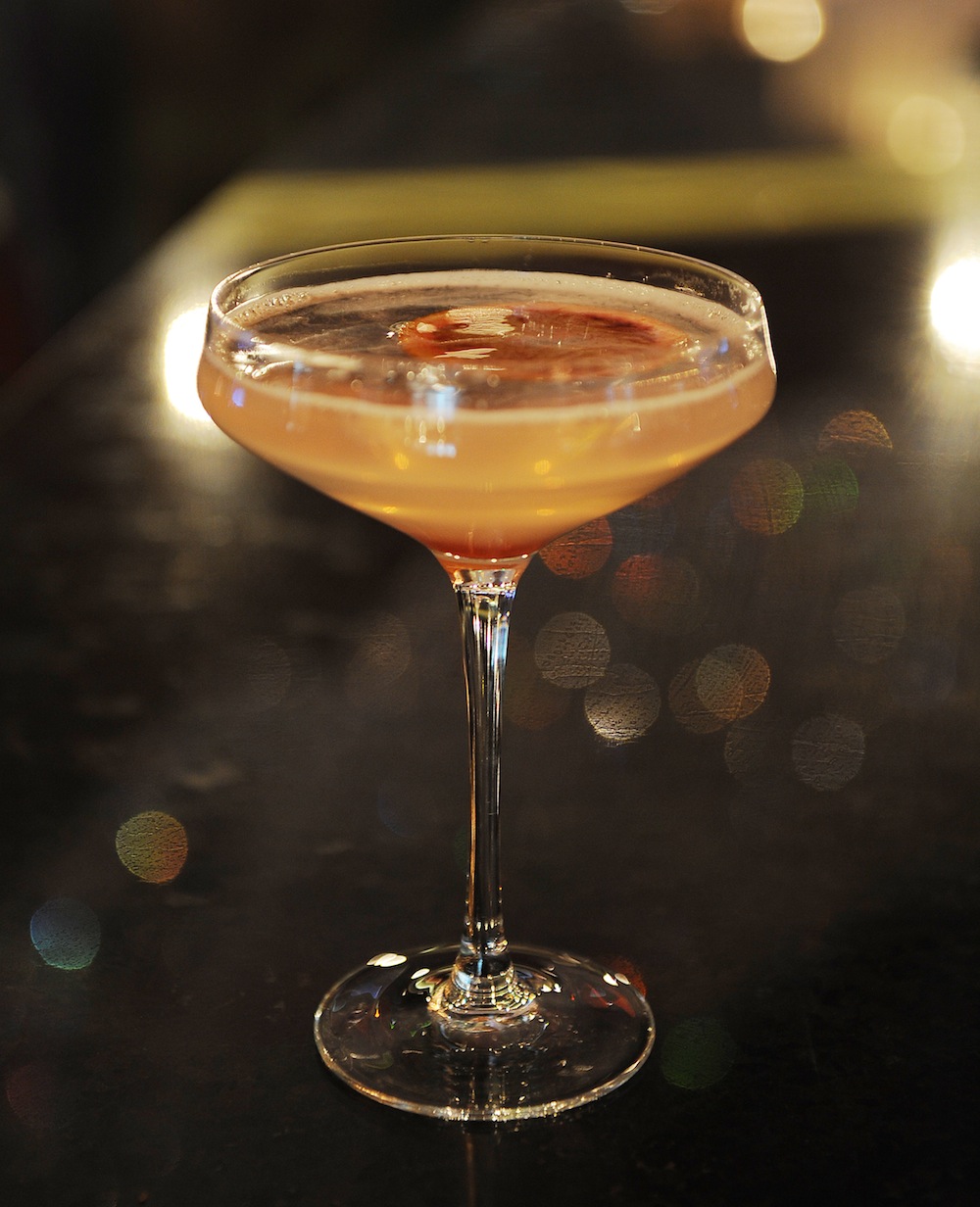 Who are your favorite customers?
Again, that's hard for to me to say. Bar by bar it's different. At Vesper, it's very cocktail focused and I like customers who have a knowledge of cocktails.

At Bond people are having a good time. They want to enjoy drinks with their friends.

At Book & Stage, people are laid back and fun. They're having a good time listening to the music.

On the different levels of the Chandelier you find different people.

Queue Bar is a hidden gem that's a hybrid gaming lounge where you can get a good drink.

The top level of the Chandelier is for people watching, particularly on Fridays and Saturdays with the maelstrom of everything going on.

Do you get many celebrities here?
I don't know. I don't pay attention. A celebrity who comes in here is just another guest. The whole idea is to have fun and not be under scrutiny. We discourage photos with the staff. We get a lot of football and basketball players.

If a celebrity comes in, he's hanging out with his friends and doing a shot. He doesn't want to be bothered.

Are there any drinks you hate making?
No, if a guest wants to order a drink and pay for it, I'll make it. If someone wants to drink their drink with their brand, that's fine. If someone asks what I recommend, that's a different story.

Are there any that you really love making?
Yeah, all of them for the most part. There's something joyful about making a drink. Making a drink facilitates them have a good time.

The whole idea behind Vesper is having bartenders who are incredibly passionate about the craft. It's great to take someone's idea, mood, movie and make a drink directly based on that or the flavor of the day.

How do you cut someone off?
It's difficult In Las Vegas. You have to be very mindful. People come in at any time and you don't know if they've had one drink or 30. The key is if they're on the cusp, you try to slow them down, introduce water between rounds, especially if they're doing shots. The difference is that it's done tactfully and you're respectful to the customer. It's rare to have someone go belligerent and over the top.

This is a craft cocktail environment with two to three ounces of alcohol in each drink. Someone could be normal and the something inside them switches.

What was the first thing that shocked you in Las Vegas?
Actually, the first thing I don't even know. In my four years here I've seen a lot that's transpired. Part of it comes from years of marketing the expectation that you can get away with anything. There's a mentality that you can push the envelope way further.

How often does the cocktail menu change here?
With the hotel, at least once a year. With the Vesper and the middle of the Chandelier, twice a year. There are always new things coming on the market and we want to keep things fresh and updated. Some people like some element of continuity. We do have repeat guests who like to order the same thing. We might drop two or three cocktails and products. We have 130 cocktails on the property's list. Inventing a cocktail is not easy to do. There's a lot of thought process behind it. The menu represents all liquors — the vodkas, the gins.

The pool is structured with a summer and winter menu.

How active are you in coming up with those new recipes?
At the moment, it depends. Every cocktail going forward. Every drink on the new menu goes through me. Special events each have custom cocktail menus. It's 100 percent under my control. Sometimes I need someone else's palette to bounce off. We're catering drinks to the general tourist market. I sit at the bar and put myself in their position.

When you're not here, where are your favorite places to go get a drink?
I'm a situation person; it depends on where I am, the time of day and who I'm with.

I like to go to RM Seafood, Herbs & Rye and Delmonico.

Downtown, the Downtown Cocktail Room is a favorite, nestled away from everyone.

I'm a pretty simple guy. Give me a fernet and a Miller High Life. 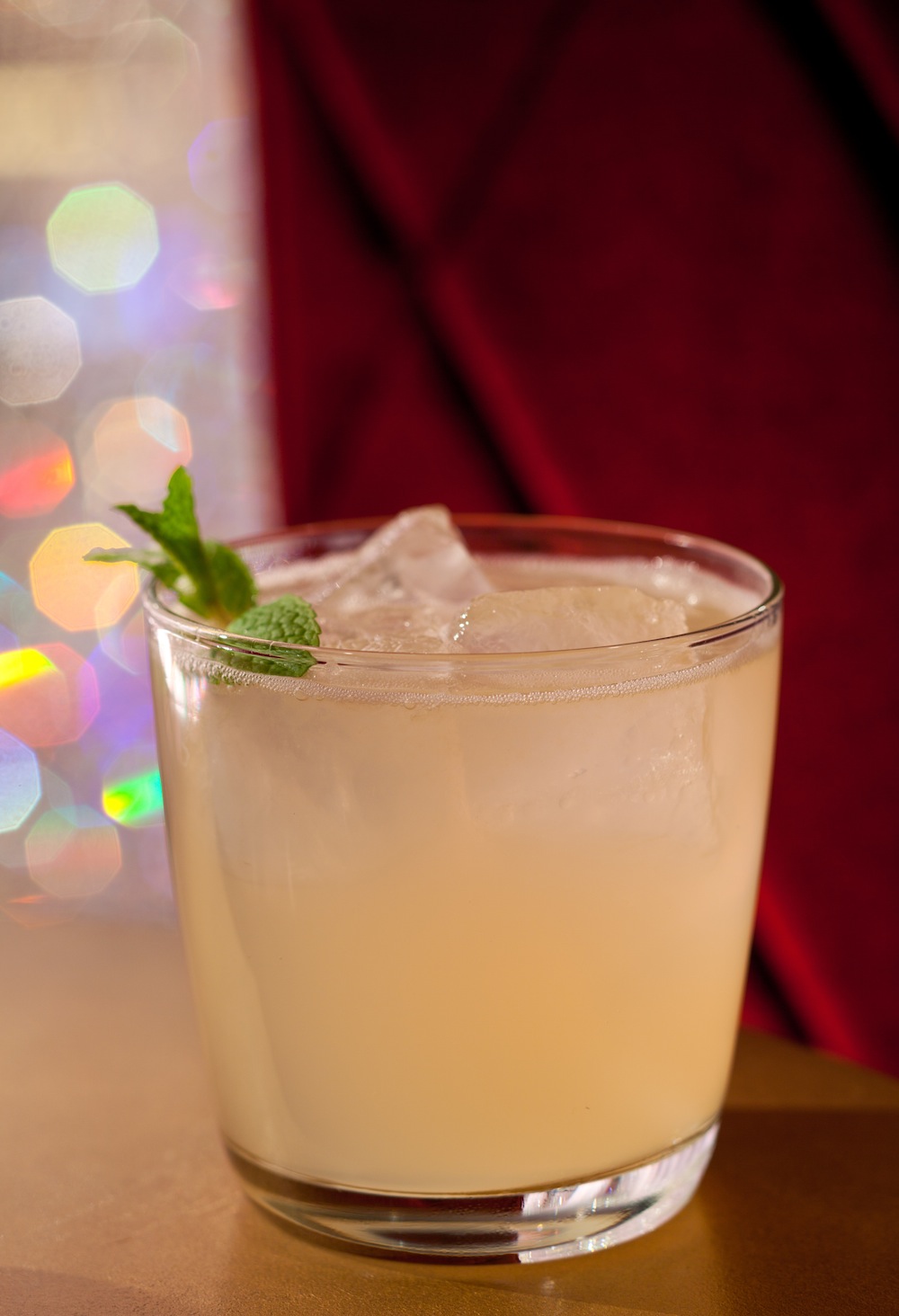 If someone's coming in for the first time, what should they order?
The Cosmopolitan is too much of an easy choice. It's such an easy go to.

The Verbena Cocktail. It's made with tequila, Yuzu sour, ginger syrup, lemon verbena leaves and garnished with a Szechuan button. It's not on the menu and it's the No. 1 selling cocktail in Las Vegas. Cosmopolitan sells 30,000 a year and it's found in the middle of the Chandelier.

It's cool, well-balanced and appeals to males and females. It's fun, fresh and new but it's just a margarita.