Bagatelle, the former supper club, dayclub and nightclub created as the great club hope for the Tropicana Las Vegas, is being stricken from the property's memory. Before the nine-month-old experiment shuttered last month, the north side of the resort was decorated with plenty of lit signage, festooned with Bagatelle's ornate blue script font. No longer. And the enormous 15,000-square-foot billboard stuck onto the hotel's Club Tower has also been torn down. 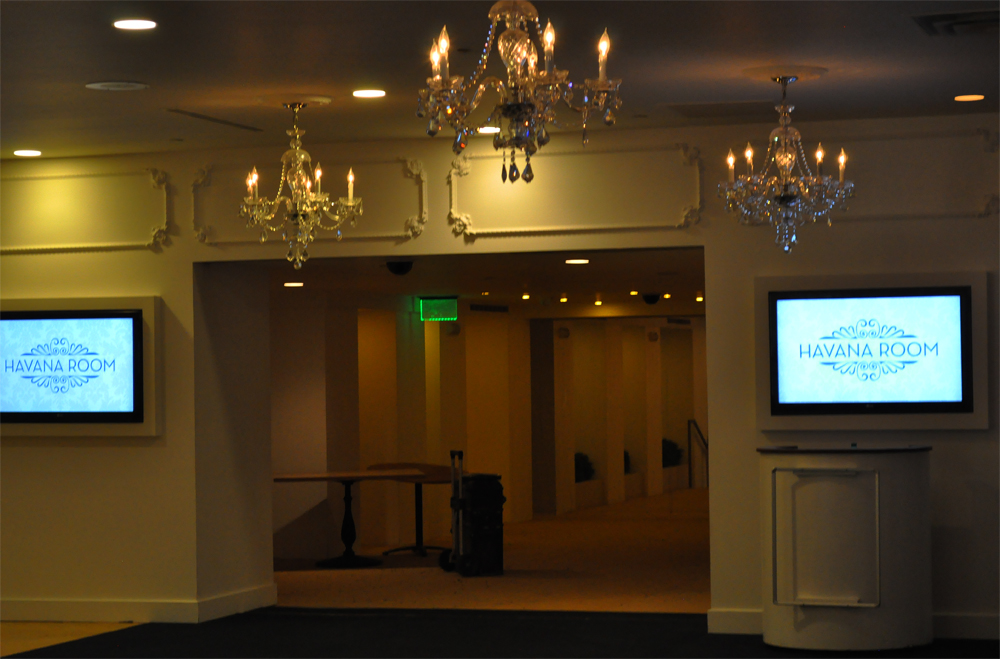 In its place will come the Havana Room & Beach Club, a private event space concept. Their logo is already displayed on two TVs guarding the entrance and the Bagatelle carpet leading to the front desk has been ripped up. Outside, the cabanas, umbrellas and tables remain unchanged for when the new club is ready to be rented out. No date for its debut has been announced.
· All Coverage of Havana Room & Beach Club [~ELV~]
· All Coverage of Bagatelle [~ELV~]