George Wallace Be Thinkin' About Barbecue

Share All sharing options for: George Wallace Be Thinkin' About Barbecue 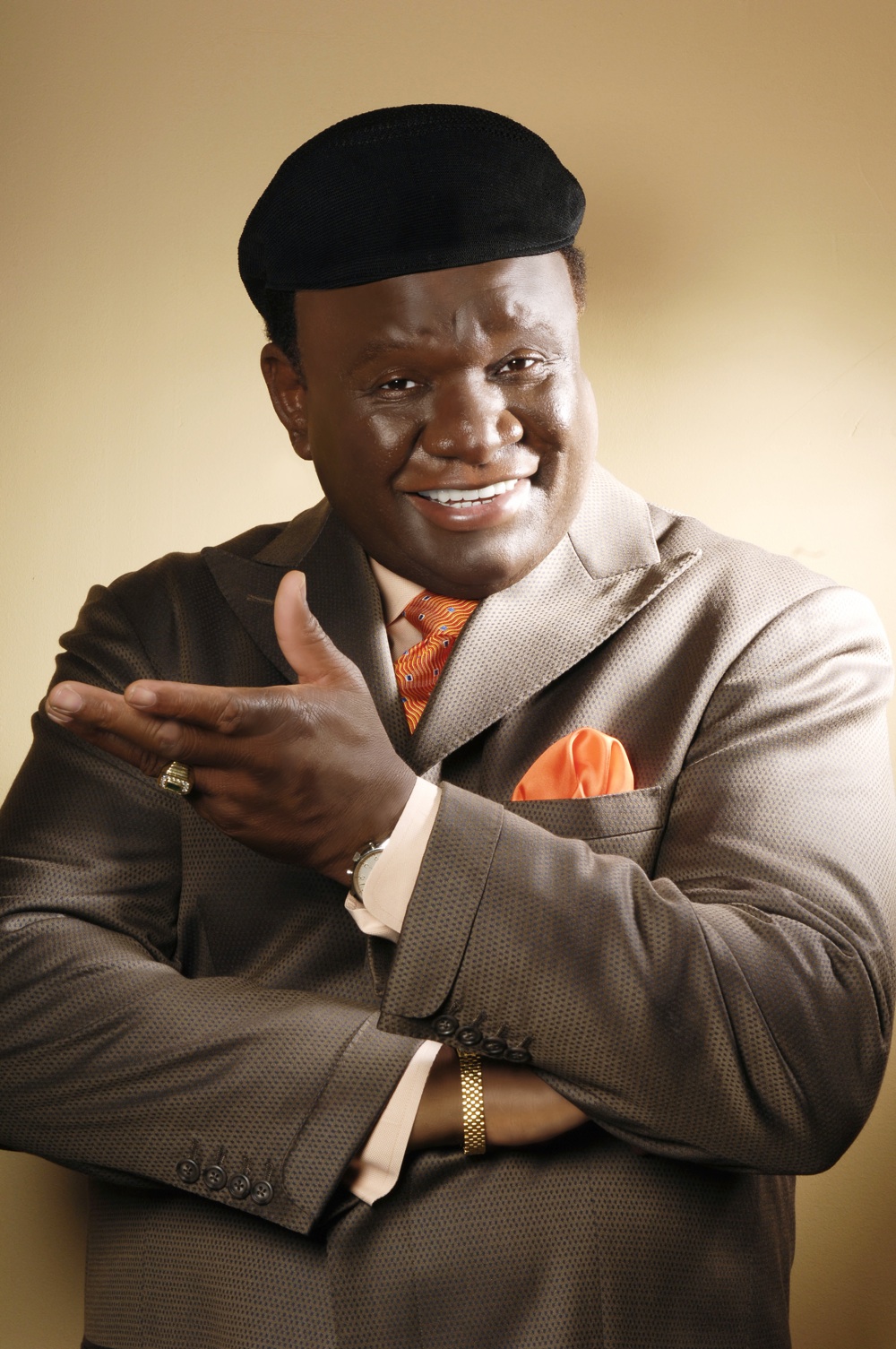 Comedy came early for George Wallace. After all, he discovered his true calling, and even though he spent a short stint in advertising, he kicked off his comedy career as a writer for The Redd Fox Show and started performing standup comedy. Wallace landed in Las Vegas with his own show at the Flamingo Las Vegas in 2004. After a 30-day run, his contract was extended indefinitely. One of his favorite comedy topics is barbecue. Here, Wallace shares some of his favorite places to eat barbecue nationwide.

Hey everybody! "The New Mr. Vegas" George Wallace here. As you may know, I Be Thinkin' and today I Be Thinkin' about BBQ. Throughout my comedic career I've been able to travel across the world and have at some of the best eats offered. Let's dig in to some BBQ. I know good BBQ. I like to go to a BBQ place where somebody just got shot and nobody got out of line! They just kick the carnage out of the way. I'm not sure if that's blood or BBQ sauce. That's when you know that's some good BBQ!

New York City might be a long way from Dallas, but Dallas BBQ has brought that great Texas BBQ all the way to the Big Apple. Though they have many locations, my favorite is just down the street from my home. Dallas BBQ at Times Square on West 42nd has got it goin' on! If you see me there, feel free to say "Hello!" but please don't try to shake my hand. Chances are they'll be covered in BBQ sauce.

Down in Jacksonville, Fla., is Jenkins Quality BBQ. It's a real hole in the wall. That's your first sign of real good BBQ — a hole in the wall. Jenkins has a drive through with no PA system. You can be 20 cars back and a lady just sticks her head out the window, "Hey! What you want back there?" When you get up to that window your order is ready to go! When you get home aint none of that sh** yours!

Heading to St. Louis? You'll smell Pappy's Smokehouse before you even see it. Their smoker sits out on the street. Pappy's isn't as big as I thought, though they are expanding to double its size. The food is great, but sometimes the service makes the food even better! I had to take 50 pictures with the workers and patrons before I could get my food, but they still made me pay my bill.

People in Alabama swear that Dreamland BBQ is the best BBQ in the world. That's because they've never been out of Alabama. But whenever I'm in Birmingham, you bet I'll be paying a visit to Dreamland. You should know I was once governor of the state. You can even order their BBQ online!

This Is It! BBQ Chargrill in Atlanta is quickly growing! They are now found all across Georgia. They are the winner of the 2011 Steve Harvey Hoodie Awards for "Best BBQ." There is always an owner there to greet you. I had never tried an oxtail before trying one at This Is It! and that was it!

People in Memphis, Tenn., are crazy about BBQ. Can you believe they BBQ bologna? They BBQ road kill too! Squirrels, raccoons, possums, you name it! I went to a church in Memphis where they served BBQ sauce as communion! These people are crazy! You can eat at a different BBQ place everyday in Memphis. Cozy Corner, Charles Vergo's Rendezvous, Corky's, Neely's, Interstate, A&R, B.B. King's, you've got to try them all. To be honest, Memphis has got to be the BBQ capital of the world.

When talking about BBQ you have got to mention Kansas City! Gates BBQ, Peachtree Soul Food and Arthur Bryant's BBQ are just a few of my favorites. I hear the tap water system in Kansas City has been set to dispense pure BBQ sauce. There's BBQ sauce everywhere!

Good BBQ in California? You bet! California's not all hippies, surfers and Hollywood big shots. Bludso's BBQ in Los Angeles is the winner of the 2012 Steve Harvey Hoodie Awards for "Best BBQ." You don't need teeth to eat their beef!

Next we go to Philadelphia where you can find The Rib Crib. Here they put the BBQ sauce on with a paintbrush. The man that cooks the meat, his hands are the same color as the meat. Come closing time people are standing outside just to lick his fingers and suck his thumbs. That's how good that BBQ is. The Rib Crib is the best in my book. See Miss Mae Williams. Tell her I sent you!

Taking a Vegas vacation? Looking for good BBQ? Yeah we got it too! You might find me at Lucille's Smokehouse BBQ at the Green Valley Ranch. Lucille's is a West Coast establishment with Southern and Cajun style. There's often a live blue's band having a jam session in the dining room. Lucille's serves a variety of everything. The rib tips and fried okra is where it's at! My favorite? The Famous Bread Pudding! Made from sourdough bread, peaches, pecans and a warm bourbon sauce.

After visiting Lucille's, be sure to head over to the Flamingo to see me, "The New Mr. Vegas" George Wallace performing the Best 10pm Show! I'll teach you to play craps! It's just as simple as playing blackjack. You put the money on the table and they pick it up! It's that simple!