Share All sharing options for: Peeking at the Inspire Theater's Rooftop Bar

Downstairs, the theater will feature TED conference style talks of inspiration, but on the roof of the rapidly progressing Inspire Theater, a 1,452-square-foot wrap around deck and bar is taking shape.

First revealed by Eater Vegas last September, Zappos honcho Tony Hsieh's vision of a cultural hub right at the top of East Fremont is well under construction. The interiors are gutted and exterior windows and balcony have been positioned. No sign yet of the ground floor coffee shop and internationally focused newsstand that will open up to the Fremont Street parade of pedestrians. 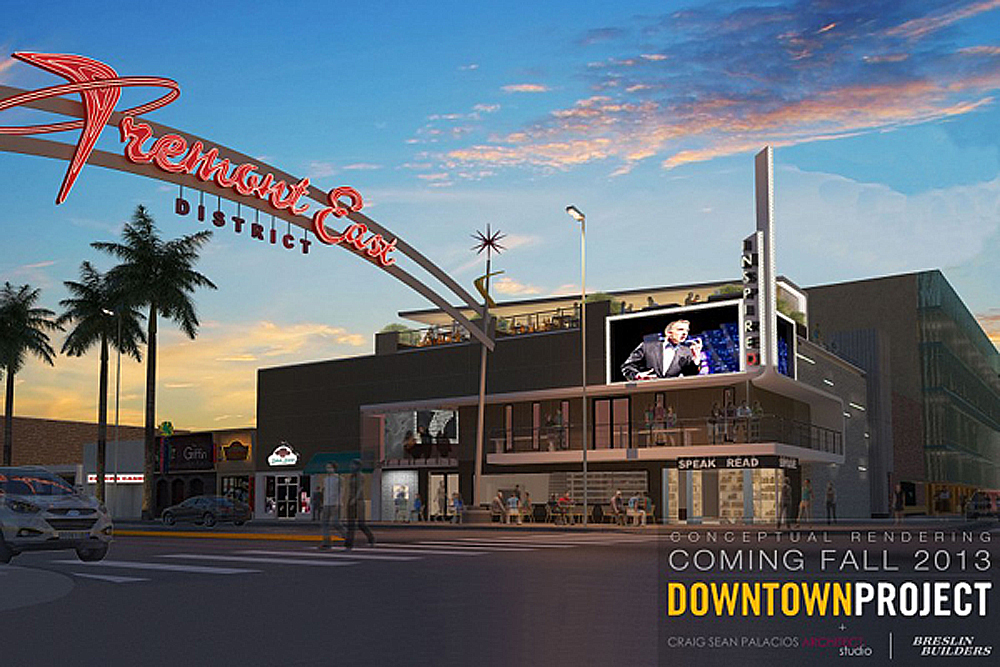 The 150-seat theater will be the draw, but areas called "hubs" are being created for impromptu work and meeting interaction. On the second floor, a lounge and bar will also permit access to the new balcony. The roof lounge features a small bar and plenty of seating with a view up and down Fremont.