Share All sharing options for: The Surprising, Inspiring Makeover for Downtown's Ferguson's Motel

A major makeover of the rundown former Ferguson's Motel on East Fremont should provide the impetus to bring visitors to this avoided area of Downtown, now dubbed the East Village.

The dormant, 69-room motel built in 1960 will become home to two bars, a tavern serving food, a coffee shop and the possibility of 31 retail stores created from the husks of former motel guest rooms. Currently known by the working title, The Ferguson's Downtown, the project is pushing the limits of East Fremont into untapped territory. 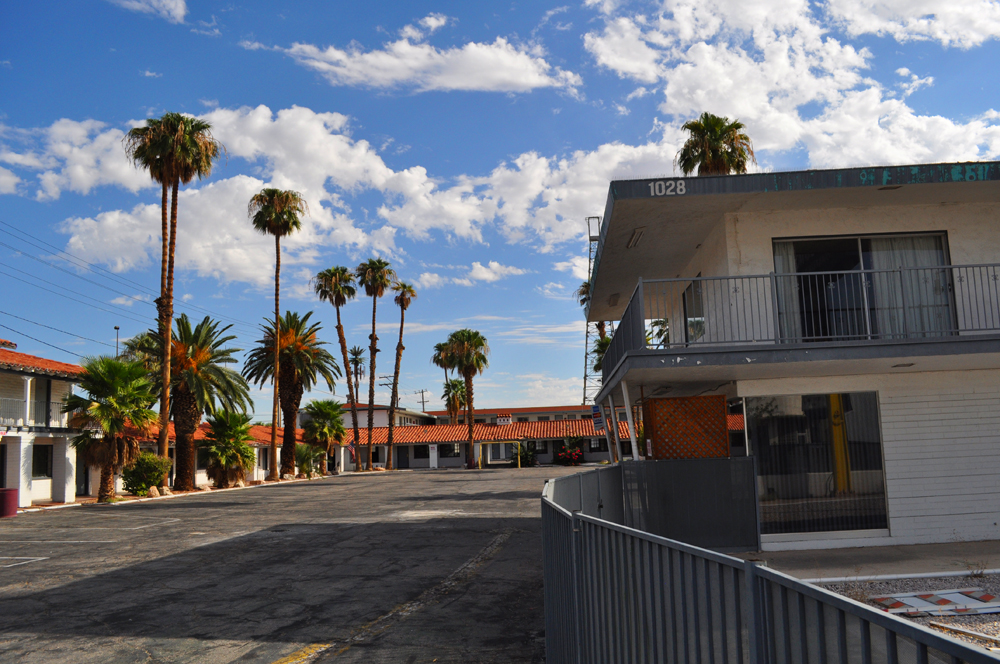 Design overhauls will be kept to a cosmetic minimum. Bought for $5 million by Tony Hsieh's Downtown Project in December of 2012, the team will overhaul the 50,768-square-foot lot and recreate the original white color scheme, and only fix, not replace, the existing tile, doors and windows creating a retro-styled retail center.

Suite 100, closest to Fremont, will become a 3,750-square-foot tavern with a 1,750-square-foot patio. Two other bars will also be on the property. All will be operated by as yet unannounced, separate owners. The former front desk will become a coffee shop and also feature outdoor seating with room for 29 inside and 87 on their patio.

With the motel's existing parking area taken over to create a plaza, a new parking facility will be created one block away on the empty lot of the demolished Ambassador Motel. Visitors to Ferguson's can park for a discounted price. This site is being renamed the Llama Lot and will become the primary parking location for the East Fremont district. It will also become one of the main performance stages for the Life is Beautiful Festival in October.

The plan for Ferguson's parking space is to cover the existing concrete concourse with swatches of greenery, shrubs and umbrella-covered seating and add an "art feature" in the middle of the scene.