Share All sharing options for: Doug Bell on Good Pho, Blue Crabs and Wings in Vegas 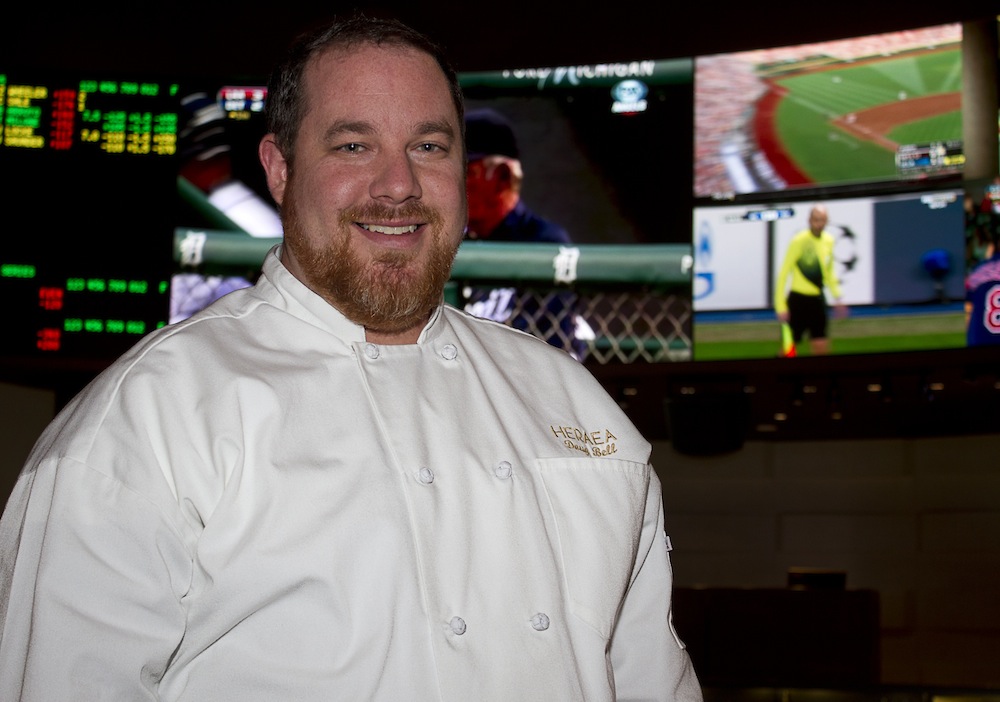 A graduate of the New England Culinary Institute, Doug Bell spent time cooking in Park City, Utah, and later worked at the World's Fair in Hanover, Germany. He made his way to Las Vegas in 2001, serving as sous chef and then executive sous chef at Gallagher's Steakhouse in New York-New York before later helming the kitchen at local favorite Sedona restaurant. Before joining The One Group, Bell worked with Michael Mina and the Mina Group, rising from sous chef to executive chef at StripSteak at Mandalay Bay. Now he's the executive chef of Heraea, the sports bar and restaurant at the Palms. Here he shares how he gets a taste of Baltimore, his favorite pho spot and where to find Magic Hat #9.

Which restaurants do you turn to when you're not working?
STK: Not only is the vibe there amazing, but it's always the place to be. The beef carpaccio with pesto noodles is one of my favorite dishes in town.

Pho So 1: Sometimes there is nothing more satisfying than a bowl of pho. A big bowl of noodles in beef broth with all of the condiments that brighten it up like fresh mint, basil and jalapeños. I love Pho So 1 because of their special combo pho that has rare beef, brisket, tendon and tripe, not all pho places have that combo. A bonus is that they are open late.

Crab Corner: Being born and raised in Baltimore, summer means one thing to me, steamed blue crabs. When I need a fix I can head over to Crab Corner with some friends and get a couple of dozen crabs with some coleslaw and corn on the cob and feel almost like I was back home in some ones backyard having a crab feast.

After work, O'Aces Bar & Grill has always been one of my go to bars. They have the best wings in town (besides Heraea, of course) and the draft beer selection is pretty impressive for a gaming bar.  A recent addition was Magic Hat #9, which is one of my favorite beers. I went to culinary school in Vermont, not too far away from the Magic Hat brewery and haven't seen them on the West Coast until recently.
· All Coverage of Heraea [~ELV~]
· All Dining Confidentials [~ELV~]