A Look Inside and Out at Buddy Valastro's Buddy V's

Share All sharing options for: A Look Inside and Out at Buddy Valastro's Buddy V's

Buddy V's will replace the former First Food & Bar which shuttered in May. Valastro's second-floor spot has already been fitted with white furnishings and a distressed wood floor on the side of a former bar and lounge.

Crews are utilizing an entrance that opens onto the balcony shared by neighbors Rockhouse and Bouchon Bakery. No word if this egress will serve as a new quick serve window. 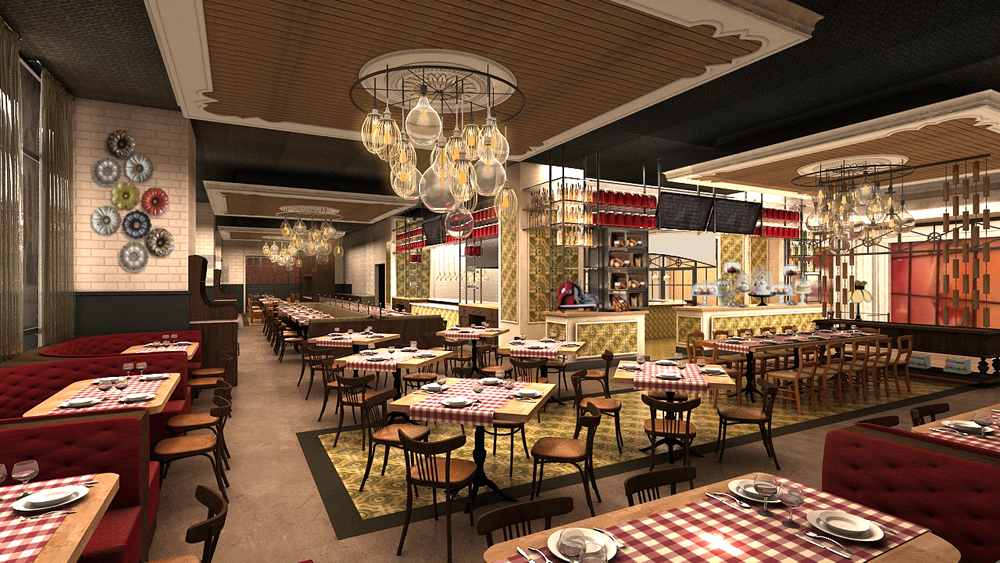 A rendering of the main dining room released by Celano Design Studio's Website shows how the concept will transform First Food & Bar's former open plan kitchen. The windows on the left, surveying Las Vegas Boulevard, remain untouched, as do the open windows on the right, looking onto The Shoppes at the Palazzo pedestrian corridor.

While the image suggests a universal sweet touch, the broad menu will include variants on Italian-American staples including steak pizzaiola, clams with lobster and Lisa's Linguine, named after Valastro's sister. The new logo explains it simply as "cannolis & raviolis."