Tao Group's Tim Keller on New Cocktails at His 7 Venues

Share All sharing options for: Tao Group's Tim Keller on New Cocktails at His 7 Venues 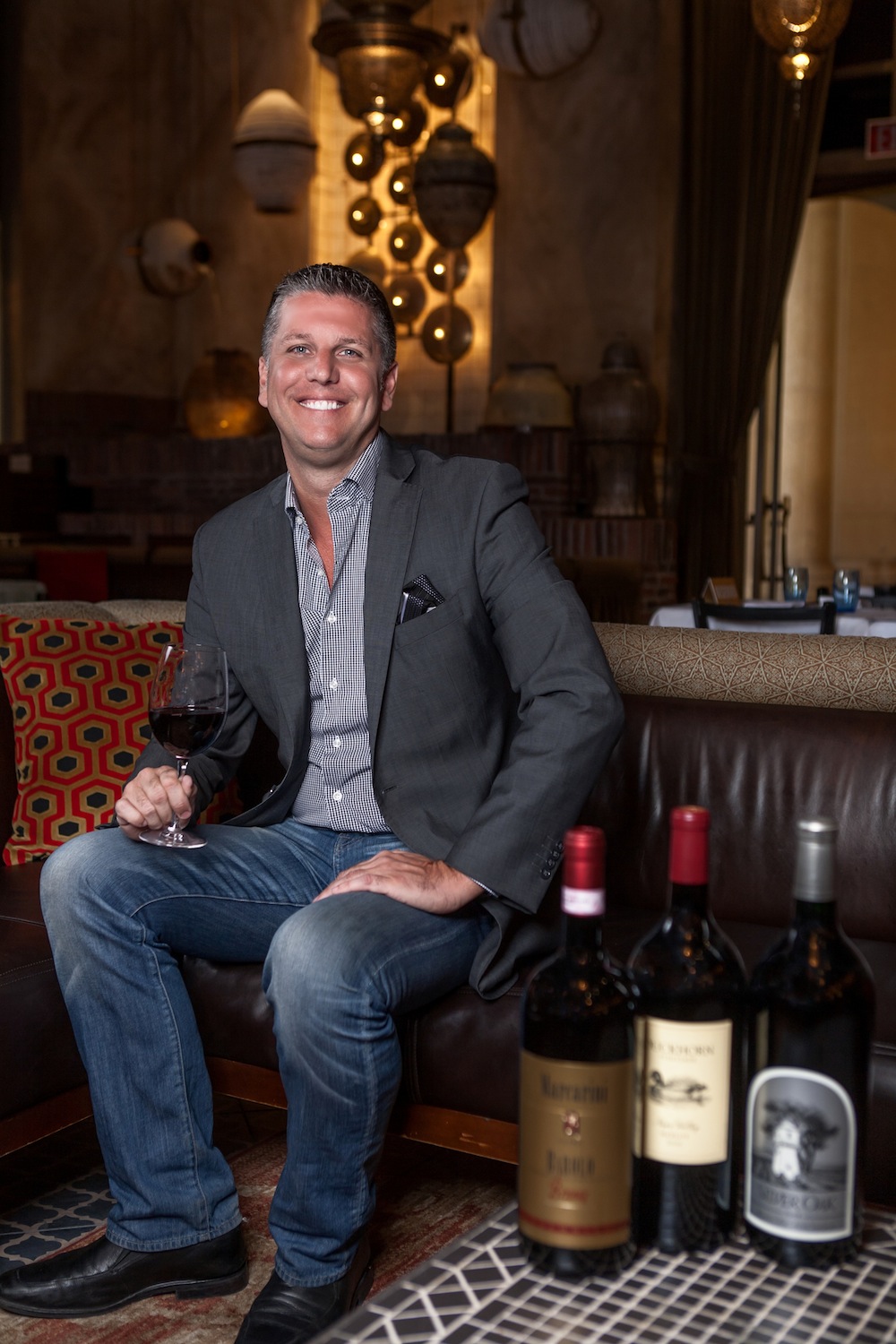 Tim Keller graduated Trinity Western in British Columbia before taking on a hospitality management job at the Inn at Semiahmoo in Washington. He moved on to Earl's Restaurant and Joe Fortes Seafood & Chop House in Vancouver. He was a general partner of Burrard Holding Co. and owner of Rare Restaurant and Metro Restaurant, as well as an initial investor in The Royal Nightclub on Granville Street in Vancouver. Now he's the director of beverage for Tao Group and its seven venues — Tao Asian Bistro, Tao Nightclub, Tao Beach, Lavo Italian Restaurant & Nightclub and Marquee Nightclub & Dayclub. Here he shares some of the biggest drinks at his venues and how he created them, the first (well, third; we couldn't write about the first two) thing that shocked him in Vegas and more.

What's the busiest time of the week?
Friday and Saturday, just because of the number of tourists.

What's the most popular drink at your restaurants?
Mojitos rule the pools at both venues. We don't serve specialty cocktails in the clubs. Usually vodka Red Bull in the clubs followed the Long Islands.

The Taotini at Tao, which is obviously our house-branded cocktail. It's big at Tao in New York as well. At Lavo, it's the Pomegranate Lemonado.

Are there any ingredients or spirits you're especially excited about right now? 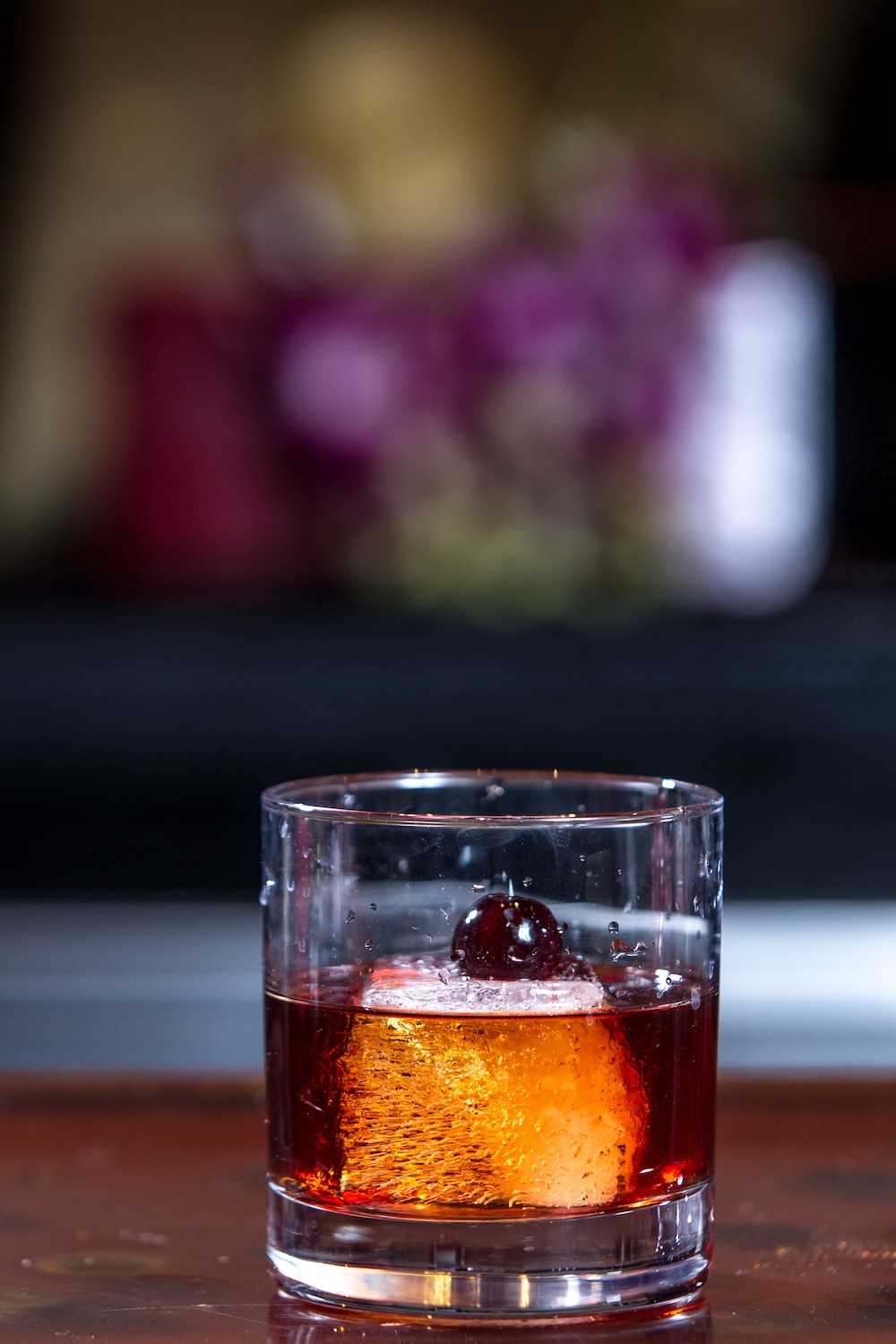 The new Red Bull flavors, especially the blueberry. We redid our specialty cocktails and now we have one called 58th Street in Manhattan. It's an homage to our founders. It's made with Collingwood Canadian Whisky. As a Canadian, I'm excited about that. It's from Ontario and finished in maple barrels, so it's not maple-infused; it actually gets a hint of that maple from the wood. It's a new spirit available in Las Vegas. The brown spirit category has seen increases by 30 percent a year in purchasing.

Do you get many celebrities here?
Yes, we do (laughing). Regularly. They usually sit in the private dining room.

Are there any cocktails that you really love making?
I'm a big fan of the 58th Street. We use a little cherry liquer and filthy cherries and one massive ice cube in a massive highball.

How do you cut someone off?
I haven't had to do that since 1998. I don't bartend. I haven't been a bartender since I was feathering my hair. One of our policies for anyone in our clubs and venues is looking out for the best interest of guests. We want you to go home and be safe, come back again tomorrow.

We see a lot of the same guests come in at dinner, the pools, Saturday at Tao Beach, dinner at Tao and then Tao Nightclub. Our goal is to capture the guest for the weekend.

What was the first thing that shocked you in Las Vegas?
Seeing Wayne Newton walk in. Just seeing him. He's Mr. Vegas.

How often does the cocktail menu change here?
We didn't change our speciality cocktails from August 2008 until five months ago. If you have a signature cocktail, they should come in, try it and come back to it again. They want that same cocktail. Our regulars come in every three months, and you want them to try that cocktail again.

We try not to change them very much. There's a lot of work that goes into it. It took us about four to five months to finalize the cocktail menus. We combine staff ideas, local mixologists, our own mixologists and a taste panel with different tastes. Once it's on there, it's not going anywhere for a while.

How active are you in coming up with those new recipes?
The beverage department is very active on it. At the end of the day, we're the final decision makers.

When you're not here, where are your favorite places to go get a drink?
There's a great pool in Southern Highlands. Usually the guest list is filled out at 1 and it's my backyard. It's my little oasis. We'll have barbecue, tequila tastings, cocktail tastings.

If someone's coming in for the first time, what should they order?
The 58th Street at both venues. I would want someone to try it. It's like a Manhattan. It stays in the same vein. It's something your parents drink. If I want to have a manly drink, you drink a Manhattan. The 58th Street is more approachable. If you have a preconceived notion of what a Manhattan tastes like, this will change your mind.

It's the same way I felt about gin. I never liked it until I had a really good tonic.

If you didn't know it was a take on the Manhattan you would be surprised.

All modern cocktails start with a classic. We try and take classic cocktails and try to make them a bit more modern. 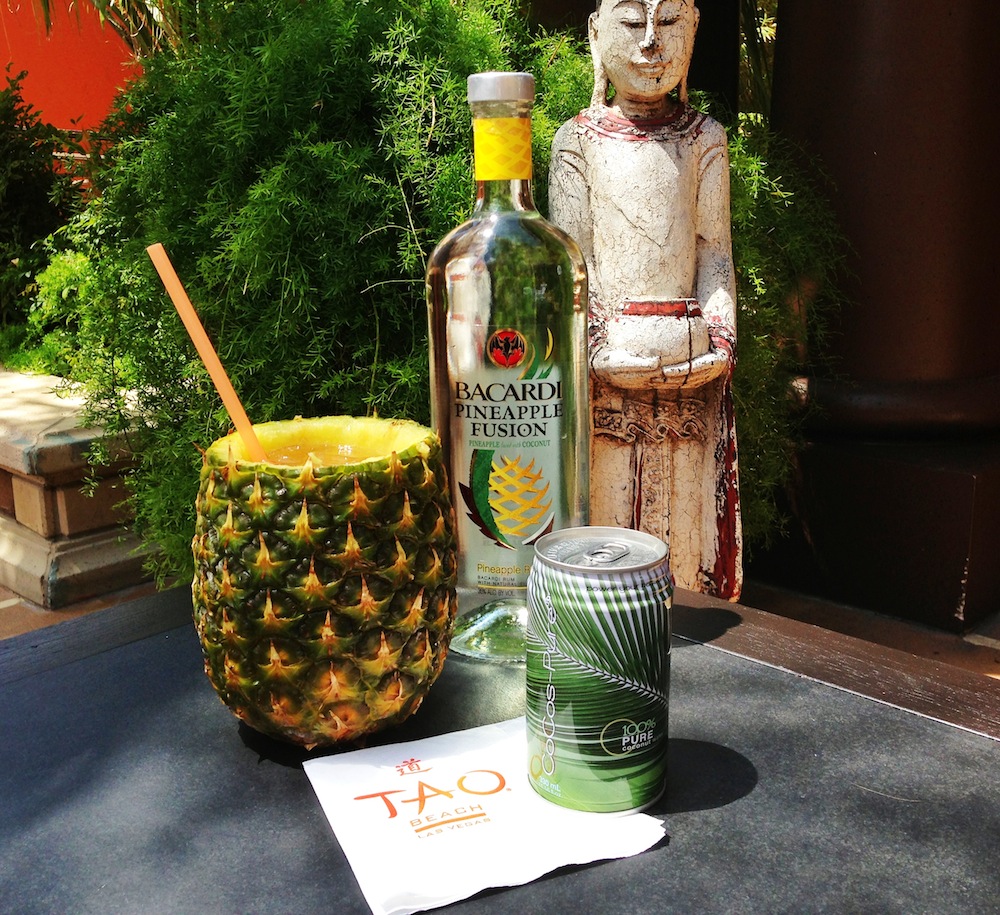 We have a fun new cocktail at Tao Beach, the Pineapple Express. We debuted it three weeks ago. It's featured at Tao Beach brunch every Sunday. It's served in a cored out pineapple. We're using Bacardi's new pineapple fusion rum and Coco's Pure coconut water, which is a company in Vancouver. We blind tasted on it and were very impressed with coconut water. It's perfect for hydration, fun, it's in a pineapple, easy drinking.
· All Coverage of Tao [~ELV~]
· All Coverage of The Barkeepers [~ELV~]
From top: Tim Keller, Taotini, 58th Street and Pineapple Express [Photos: Tao Group]