Carla Pellegrino Goes for Chichi Restaurants on Nights Off

Share All sharing options for: Carla Pellegrino Goes for Chichi Restaurants on Nights Off 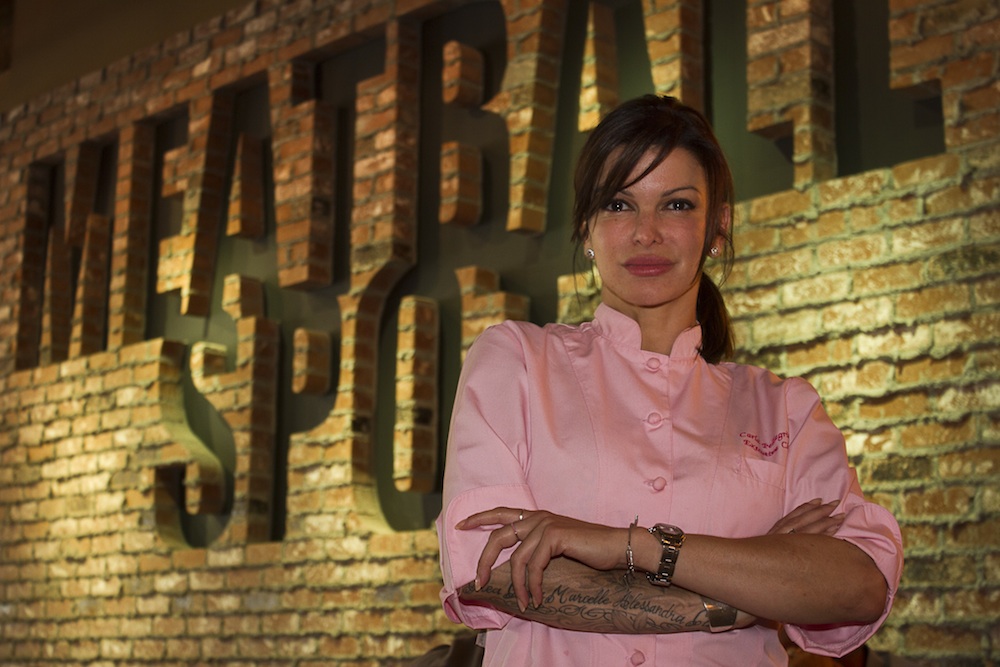 You probably remember Carla Pellegrino from her appearance on Top Chef: Seattle last season. An unfortunate knife cut on her hand hindered her cooking skills on the show and she made an early exit. The chef behind Bratalian Neapolitan Cantina and Meatball Spot in Town Square started cooking at age 10, helping her mother's catering business in Rio de Janeiro. She moved to Liguria, Italy, when she was 16 to open a small store with daily cooking demonstrations. She ended up coming to the United States to attend the French Culinary Institute in New York City, where she graduated with honors in 2000. Later that year, she opened Baldoria Restaurant in New York City with Frank Pellegrino Jr. of Rao's fame. Six years later she took 10 original recipes from the original 10-seat Rao's in New York to open the outlet at Caesars Palace. Here she shares some of her chichi favorite restaurants that she turns to when she's not cooking up Italian fare.

Which restaurants do you turn to when you're not working?
Restaurants that I love to frequent here in Vegas are Le Cirque at the Bellagio, La Comida in Downtown and Guy Savoy at Caesars Palace.

What dishes are most memorable?
At Le Cirque they have a delicious foie gras raviolis, so delicate!

La Comida besides having the best atmosphere and divine Guava Margarita, they have a slow-roasted pork shoulder that is to die for!

At Guy Savoy, everything is superb, but I have a real soft spot for his artichoke soup.

Why do you enjoy going there?
Le Cirque has everything a restaurant should have in a perfect world — their wine selection, their service and friendship. I've loved the Maccioni family since New York City.

La Comida, as I mentioned before, their Guava Margarita and their friendly atmosphere, which reminds me of Soho in New York City, makes me feel home.

I enjoy Guy Savoy because everything is so French and charming and sophisticated! Just that great European dining room feeling that is good for the soul!
· All Coverage of Carla Pellegrino [~ELV~]
· All Dining Confidentials [~ELV~]