Put Your Money on Kumi's Akira Back in a Knife Fight

Share All sharing options for: Put Your Money on Kumi's Akira Back in a Knife Fight 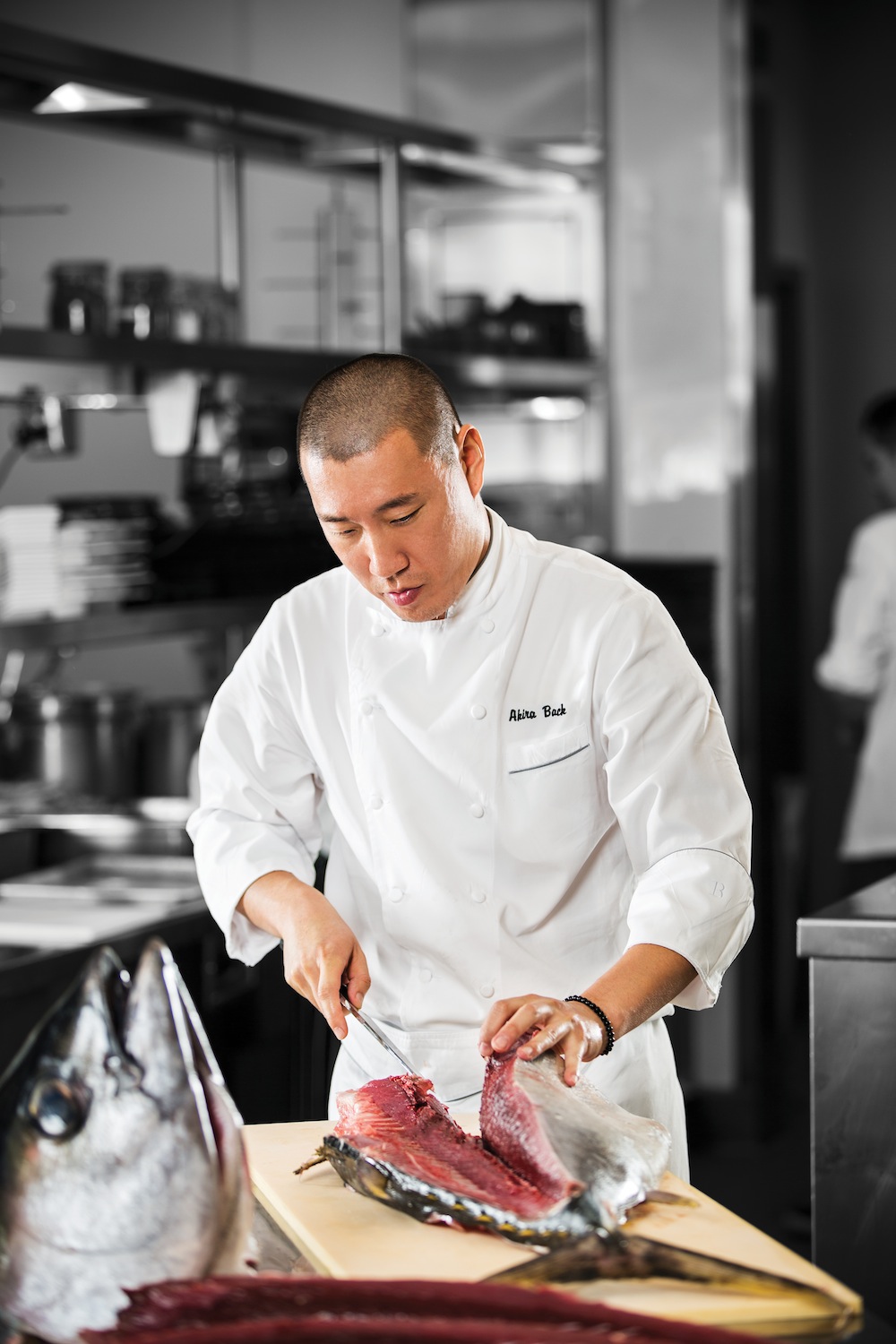 No tool is more important to a chef than his knives, and that sentiment may cut closer to the heart of sushi chefs. Akira Back's Yellowtail at the Bellagio and his new Kumi by Akira Back at Mandalay Bay depend on their knives for the extraordinary cuts of sushi they deliver. Here, Back shares some intel on the knives he uses and what makes them so special, plus what he does with a five-foot knife and whether he would win a knife fight.

Who makes your knives?
Suisin.

What makes them so special?
Suisin makes different kinds of knives but the one I prefer is the Suisin Inox. This one is special because of the traditional design and the metal used to make it. Inox is a type of stainless steel alloy. It does not absorb the odor or flavors of the items being cut as well as not staining. The dense metal makes it easier to sharpen and maintain the edge.

Why is having a good knife so important?
Anytime you cut something, the sharper the knife the better the cut. Things such as fruits and vegetables will bruise and discolor if the blade is dull. The same goes for proteins such as meat and fish. You want to apply as little pressure as possible when cutting and slicing. You are cutting straight through an item rather them crushing it until it separates. Any chef will be able to see if the knife was dull or not simply by looking at the item cut. You want to keep the integrity of the item in place. When items are bruised you lose the flavor of the item.

What in the heck do you do with a five-foot knife?
The very long knife is called Maguro Bocho and it is used to filet whole tunas. Tuna is a big fish that can reach around six and a half feet. Big knife for a big fish. You're ultimately trying to filet the tuna in a single stroke to once again preserve the integrity of the fish.

Kumi by Akira Back