Mike Olsen on the Working at Emeril's 4 Vegas Spots

Share All sharing options for: Mike Olsen on the Working at Emeril's 4 Vegas Spots 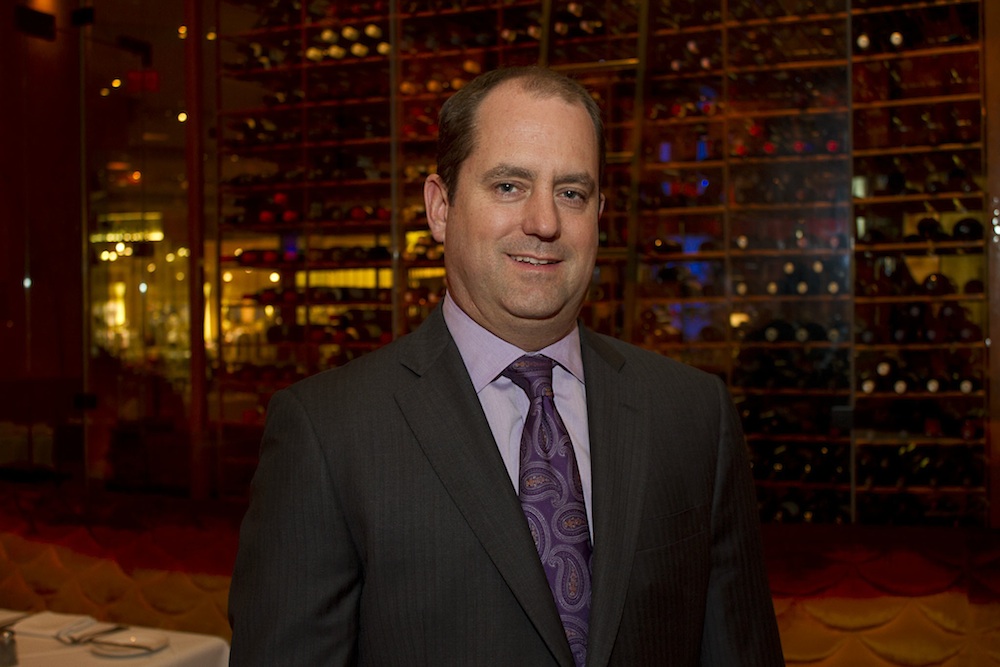 Las Vegas-native Mike Olsen serves as director of operations for chef Emeril Lagasse's four Las Vegas restaurants, Delmonico Steakhouse at the Venetian, Emeril's New Orleans Fish House at the MGM Grand, Table 10 at the Grand Canal Shoppes and Lagasse's Stadium at the Palazzo. Olsen got his start in the restaurant industry at 16 and continued working in restaurants throughout high school and college at the University of Nevada-Las Vegas.

When chef Emeril Lagasse announced plans to open his first Vegas restaurant in 1995, Olsen applied to become a server for Emeril's New Orleans Fish House. Within six months, he was promoted to the managerial level. Olsen moved to New Orleans in 1998 to open Emeril's Delmonico, staying on as a floor manager for two years. By 2000, he returned home to Vegas and joined Delmonico Steakhouse as the assistant general manager. He was promoted to general manager of the restaurant three years later, and eventually to operations manager for the market in September 2012.

Now Olsen oversees all operations for the four restaurants. Olsen's favorite Lagasse dishes include the Kurobuta pork rack at Table 10 and the bone-in ribeye at Delmonico Steakhouse. Here he shares the super secret way celebrities get in the restaurant, what people have done to try to get a table and more.

So, what's the busiest time right now?
The busiest time at our restaurants is a little later. I'd say 8 is the latest. It fluctuates with shows and the season. A show in the hotel could change the times, especially if it's a big opening.

As some of the hottest restaurants in Las Vegas, you've surely been offered gifts or cash in exchange for reservations or a table. What have people tried?
They certainly try all sorts of things. What we do is try to accommodate guests by being aggressive with open tables and seating, not taking any money or gifts. On the way out is fine. You either have a table or your don't money doesn't change that.

What's the craziest amount someone has someone offered?
It's hard to tell because usually you don't get too far into it. It's not a good business practice.

Tell us about your favorite customers.
We have regular guests who come in over 18 years at Emeril's at the MGM Grand. A lot of times they won't even look at a menu. They just want the chef to cook. Guests with family who would come in when they were 8 and 10 are now coming in older with their own families.

How about celebrities?
We definitely get our share of celebrities. We respect their privacy and discourage guests from bothering them. We try to seat them in a private area if possible. They can be escorted in and out from the back of the restaurant if necessary.

How do you deal with VIPs when there are no tables to give?
It's part of the job. You have to make it happen. They're VIPs for a reason. You tap dance and get them seated as soon as you can. Generally they're understanding and willing to wait until we can make it happen.

So, what's the strangest request that you've accommodated at Emeril's restaurants?
We get all sorts of requests. I think it's more that some require more effort than others. I spend a lot of time in my job requesting some component from other restaurant. We usually laugh it off, then magically appears on the tables.

What's the first thing that shocked you in Las Vegas?
Not much. I grew up here. So coming back as a youngster probably the flashy billboards. I remember seeing that growing up here.

Do you ever get any requests for vegetarian dishes at Emeril's restaurants? How do you accommodate them?
All the time. All of our restaurants are loaded with fresh produce. We have options to create and craft a dish with what people eat and don't eat. Delmonico's have butternut squash ravioli. The Fish House has wild mushroom toast. Table 10 has salt and pepper grilled peas and a mushroom tortellinis.

A lot of times we'll make a vegetarian dish for the table and we'll serve it and a lot of people at the table will be excited and ask about. Even at Delmonico, we have a husband and wife who are vegetarians. We see them all the time.

I think a lot of people think it's more complicated than it is. It's really pretty easy to go gluten-free.

Table 10 would be the wild salmon dish or the candied north country bacon with aged maple tonic aged in bourbon barrels. It's a beautiful candied bacon dipped in candy sauce.

At the Fish House, the shrimp and sausage etouffee. If I was to pick the barbecue shrimp is extremely popular. The banana cream pie.

At Lagasse's Stadium, the banana cream pie, the steak Bamwich and the shrimp and oyster po' boys.

So when you're not at working, where are you eating these days?
At my house most of the time with my wife and my two sons. I don't see them much during the week. It's not uncommon for me to spend half my day cooking. I get home at midnight put a pork shoulder on the grill and take it off 14 hours later.

I ventured out to Chada Monta Ramen on Eastern. Mi Peru. I haven't been there in a while but they're good.

What's the must-order dish at Emeril's restaurants?
At Delmonico, the bone-in ribeye and the gumbo. They have an awesome shrimp and sausage gumbo.

At the Fish House, the barbecue shrimp and pecan-crusted red fish.

At Table 10, the salt and pepper grilled peas. The bacon. The Creole duck. It's a beer-glazed duck with a garlic sausage.

At Lagasse's Stadium, the spicy meatloaf sandwich or ask the chef. See what the chef wants to do, if there's something exciting.

Were there any reviews that led to significant bump in service, or a change to the type of clientele?
I think we respect all our reviews good or bad.

Recently Delmonico was named the best place to drink whiskey by Vegas Seven.