Share All sharing options for: Your Vital Updates on Guy's American Kitchen & Bar

It's official. Guy's American Kitchen & Bar it is. Caesars Entertainment Corp. has let the cat out of the bag and sneakily announced the name of Guy Fieri's blockbuster arrival into the Las Vegas celebrity chef scene.

Poaching perhaps the nicest, vacant, pre-built spot on the Strip, Fieri's future restaurant has removed all the interior debris from the site at The Quad resort and is cleared to build. And there are new details to share. 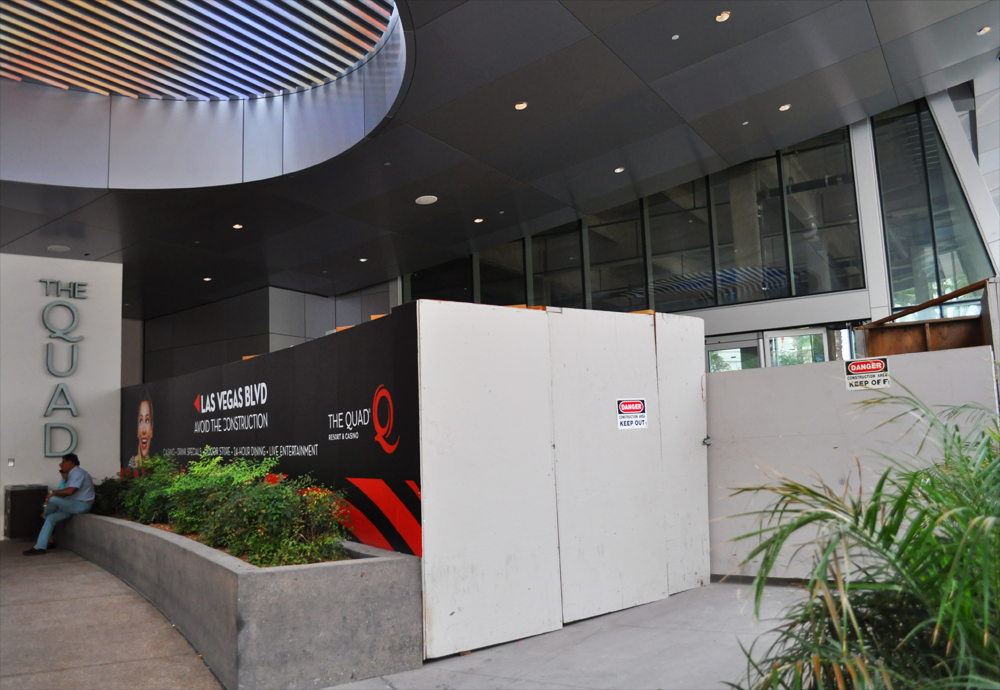 Back in August, Eater Vegas discovered Fieri had trademarked Guy's Original Kitchen & Bar for his company Knuckle Sandwich. But Caesars' quarterly filing to the Securities and Exchange Commission calls the restaurant Guy's American Kitchen & Bar, a name also confirmed on current pre-construcion documents. Naming the second link in a new restaurant chain "Original" might have proven the tipping point. The space will be owned and operated by Caesars Entertainment Resort Properties LLC.

The 9,316-square-foot space has room for 325, including a 1,361-square-foot patio large enough to host 91 guests with tables facing the lively Carnaval Court music stage and flair bartender scene.

The interior will feature fake wood and steel beams, bright metals and the impressive floor-to-ceiling windows that overlook the Strip, the replica Trevi Fountain at Caesars Palace and the Harrah's Las Vegas casino frontage

Fieri has also suggested the restaurant will include mounted memorabilia tips of the hat to UNLV, his old alma mater.

The menu has been described by the Food Network star as "an eclectic mix of food in a real fun environment," with the bonus of a late-night menu and a non-negotiable Bloody Mary program for brunch. 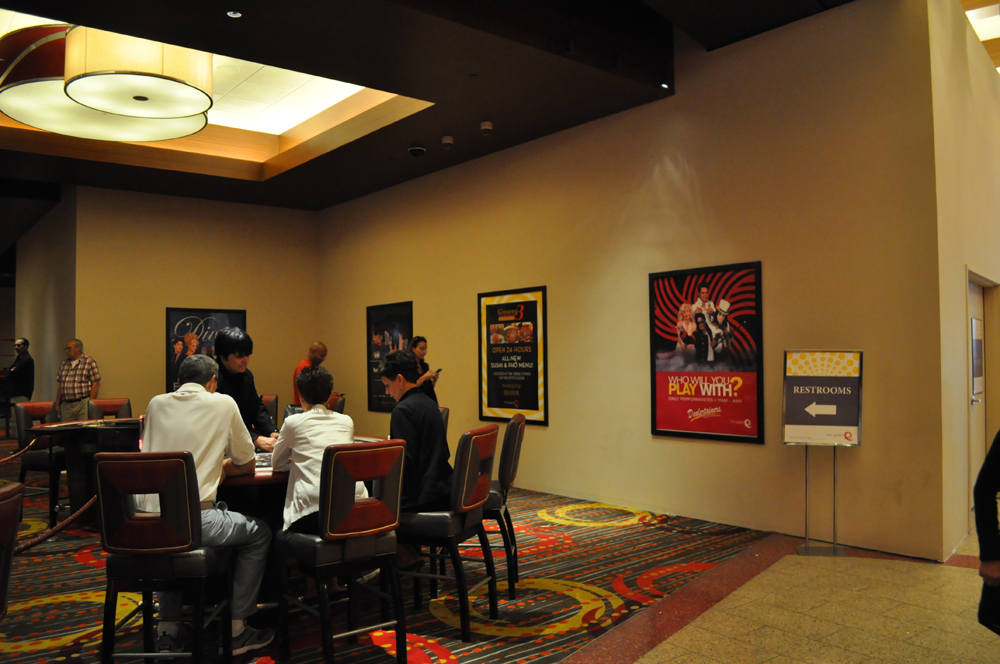 Inside the Quad, a plywood wall has now inched its way toward to the "Dealertainers" gaming pits featuring celebrity impersonators behind the tables. No word if a Fieri lookalike will be dealing blackjack when the restaurant debuts in late 2013.
· All Coverage of Guy Fieri [~ELV~]