Frank Giacomini on the First Year at Rebellious Culinary Dropout

Share All sharing options for: Frank Giacomini on the First Year at Rebellious Culinary Dropout 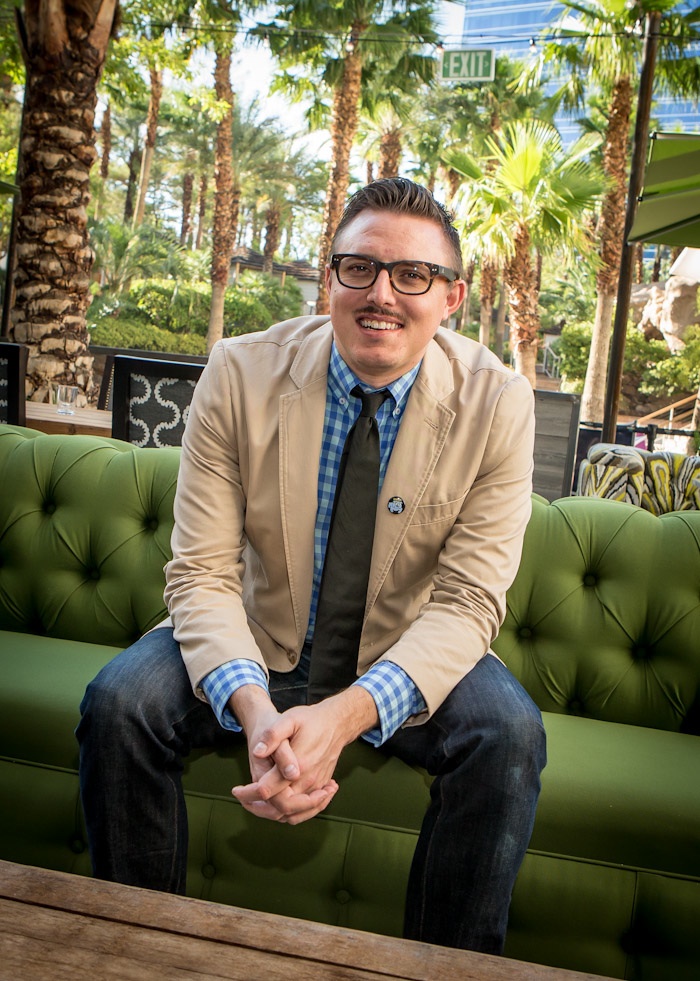 Culinary Dropout doesn't like to follow the rules. The wait staff don't wear uniforms. The chefs might openly sport silver studs in their ears or a Mohawk. The restaurant from six-time James Beard Foundation semi-finalist for Outstanding Restaurateur Sam Fox features a menu brimming with comfort foods and stuffed with beers, wines and cocktails that reflect that rebellious attitude. This month, the restaurant that originated in Phoenix and Scottsdale celebrates its first year in Vegas. Frank Giacomini, the regional director of operations for Culinary Dropout's parent company Fox Restaurant Concepts, talks about what they learned in their first year at the Hard Rock Hotel, how they came up with the recipes for their fried chicken and pretzels and huge expansion plans for Culinary Dropout in the coming year.

Why open a location in Las Vegas?
For restauranteurs and people in our business, it's one of those places you want to check off on your resume. If you're a big deal restaurant, you want to be there. Not to say it's easy. We're happy to be here.

How has it been different in Las Vegas than in other cities?
It's just a different a world of its own. It's very, very competitive because of the saturation of food and beverage offered. There's a lot of competition for talent in Las Vegas as well. We're not the Harrah's and Steve Wynns and Sheldon Adelsons of the world. We had to compete to get talent there. Just as we compete for staff, they find us as well. We've kept 40 people for a year.

What did you learn?
We learned a lesson as an organization that we learned a bunch of times. No matter where we're operating, we just have to be us. You go into new market and try to adjust to the way operators operate. Being ourselves led us to the greatest success.

What were you thinking about in terms of design?
We like to call it a hangout. It's really comfortable and a lot of the design came out of the first restaurant we opened. We didn't have much money when we first opened. The experiment was to see how inexpensive it would be to open. We kept the exposed cement floors and open ceiling. We left the existing floor from the former tenant. We have a passion for the shabby chic design movement. It's sort of our version of it.

What was the menu testing process like?
Man, we were lucky we didn't have a heart attack after eating as much fried chicken as we did. We believe it's not easy to get it right when developing a menu. To get to the final version for the fried chicken, we tried 50 to 75 recipes. The pretzels were a labor of love to get those right. When you look at the menu, and the items on there, what could you do to make it 50 to 75 ways? This is where our passion is — food that is nostalgic and evokes memories. The only way to get there is practice, practice, practice.

Are there any items on the menu specific to Vegas?
All of the raw bar items are specific to Vegas. At the other locations, we don't do oysters. And then we were lucky enough to get a Rotisol French rotisserie and we do a Southern-style barbecue chicken in it as the base for our jambalaya, so that's unique to that location as well.

Has Vegas embraced the restaurant?
I definitely think so. We definitely have a lot of repeat guests. Now that we're a year old, we're seeing a lot of the same people come back. People tend to do the same thing and have the same party at the same hotel, have the same dinner. Biannual or quarterly visitors are coming again. Thanks to people like you we feel like we've gotten a lot of good press. We're also a place the locals go to when go they to the Strip or close to the Strip.

Six months in, what changed?
That would have put us in March. Vegas got us. March Madness and spring breaks were going on. January through April are our busiest months of the year. The calendar is full of concert times at the Hard Rock. We like to take care of people before shows at The Joint. After those six months, it felt like a regular restaurant instead of a new restaurant. Guests are happy. It starts to feel normal.

Does it seem like it's been a year?
It's gone fast. We're lucky to work for a fast-growing and progressive company. We've opened two restaurants in Phoenix since we opened Culinary Dropout in Vegas.

What's the must order dish of the moment?
Definitely the fried chicken. We always go back to that one. It's not an entree, but the pretzels.

Do you have a new chef?
We do. We were very lucky to have Eric Suniga for most of the first year. We had an opportunity to promote from within. Erik Syhre worked with us in Scottsdale and then transferred to work here four months before he took over the reigns. He took up right where Suniga left off. He's doing a great job.