In a couple of late switcheroo moves, downtown's Golden Nugget is very close to premiering their Claim Jumper three-meal restaurant and their new Cadillac Tequila Cantina and Sports Bar. Both are creations by the Landry's group.

While looking very close to opening, Golden Nugget wins kudos points for their "Hopefully Soon" signage in front of both almost ready projects. 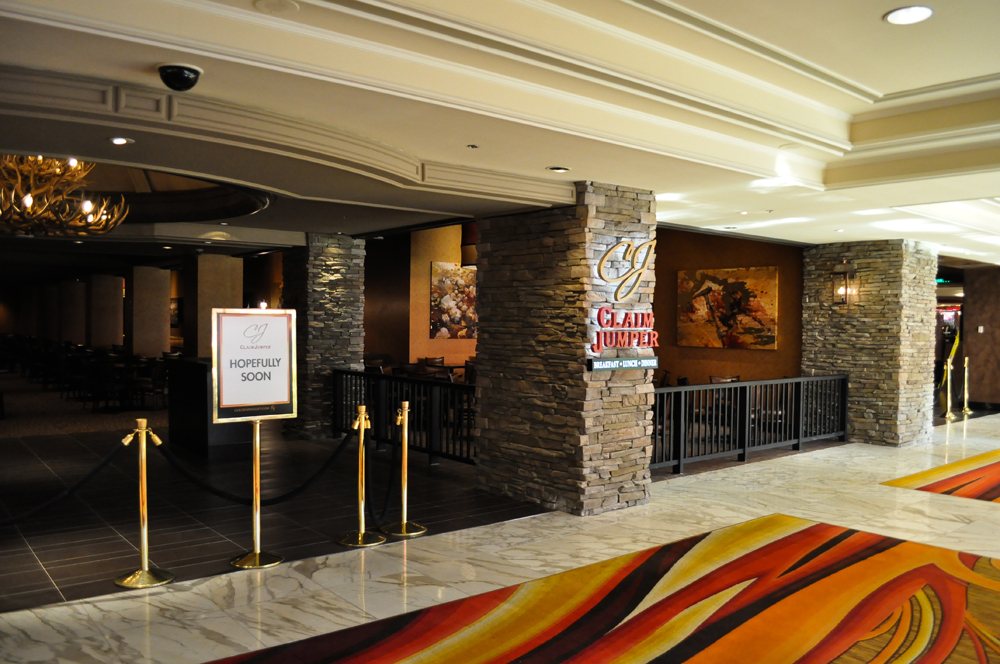 The Claim Jumper chain is already familiar to Las Vegas, operating three other locations in the region, including one at Town Square, featuring a large menu of casual favorites. The Golden Nugget location replaces the former Carson Street Cafe and will serve breakfast, lunch and dinner. Brown tables and vinyl chairs sit under decorations inspired by the California Gold Rush of 1849, the source the Claim Jumper name. 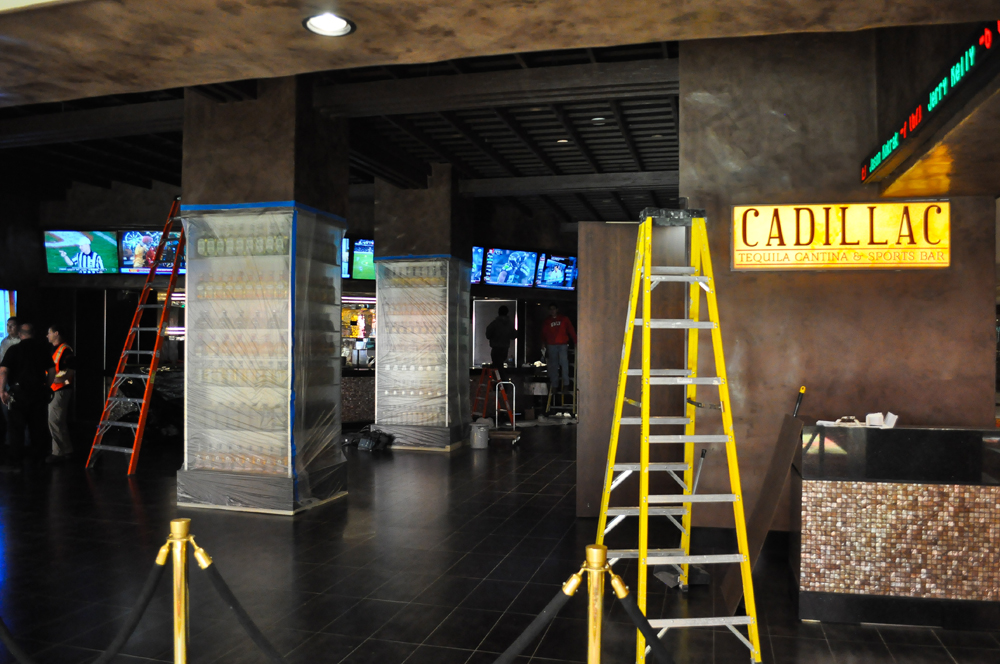 The Cadillac Bar's previous namesakes in Texas are noted for their large Mexican menus, but in Las Vegas a spartan, open plan bar has been created, with plenty of TV screens showing sports programming and ceiling supports decorated with glass-cased rows of tequila bottles. 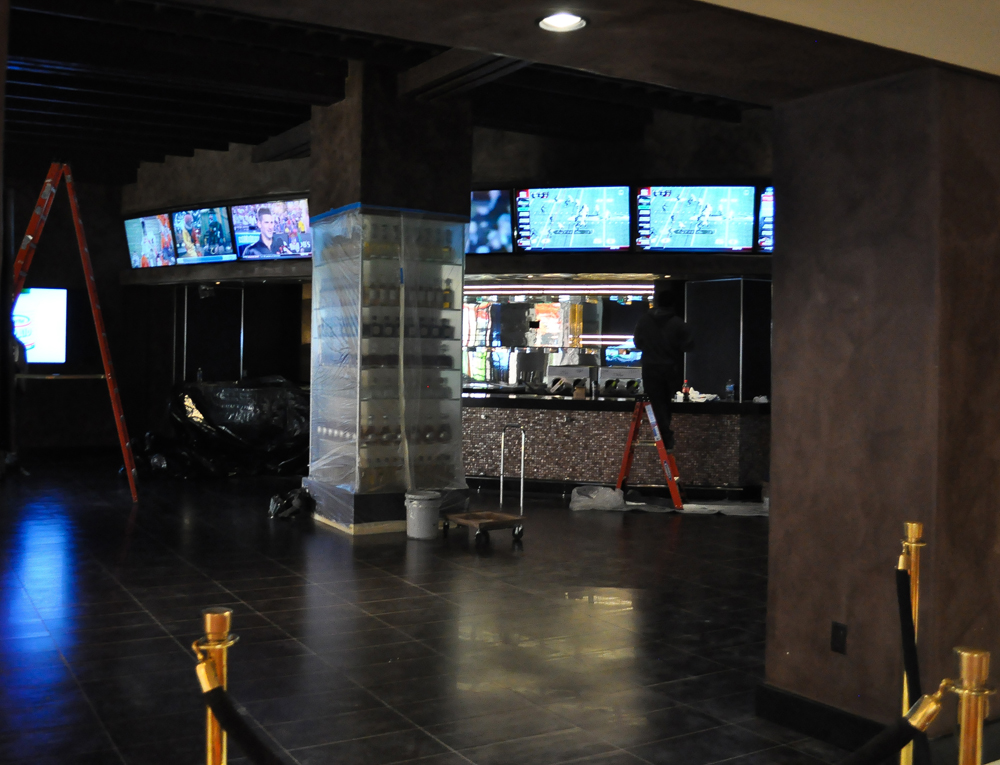 Elsewhere on the property, a large portion of the casino floor in front of the recently remodeled Rush Lounge has been ripped up for carpet replacement and improvements.
· All Coverage of the Golden Nugget [~ELV~]