After the Fire, the Big Plans for Double Barrel & Monte Carlo

Share All sharing options for: After the Fire, the Big Plans for Double Barrel & Monte Carlo

Within 24 hours of a damaging fire at the Monte Carlo's under construction Double Barrel Roadhouse, the "old-world rustic barn saloon" concept from SBE rebounded with a vigorous restaurant-wide hiring call and a menu tasting of future dishes. The fire was contained to the forthcoming bar area and caused an estimated $100,000 in damages.

The destruction stalled a great deal of momentum at the site, which began building in summer 2013 with a declared construction budget of $6 million. The Roadhouse theme includes serving large portions of comfort food, "approachable bottle service experiences," live music and "DB Girls' dancing on elevated catwalks and interacting with guests."

Double Barrel is a visual focal point of the Plaza, a re-imagining of the front of the Monte Carlo, creating a boulevard between the resort and the New York-New York hotel-casino either side of The Park, a concrete and foliage-accented esplanade leading back to a proposed event stadium and 80,000-square-foot shopping center. Keeping the "Park" motif, the Monte Carlo will maintain 10 Acacia trees and two small water features were part of early plans for the area. In a nod to the past, a discount ticket booth will also be dropped back into the scenery.

Still to come, a 2,985-square-foot tenant sandwiched between Diablos and Sambalatte.

Future plans for Diablos Cantina Mexican restaurant include an exterior patio facing the new Park and the forthcoming, late 2014 arrival of Shake Shack. The burger joint will be separated from the Monte Carlo by a much widened Rue De Monte Carlo, which will snake a serpentine route from the Strip through The Park to the Monte Carlo valet and taxi drop-off area. 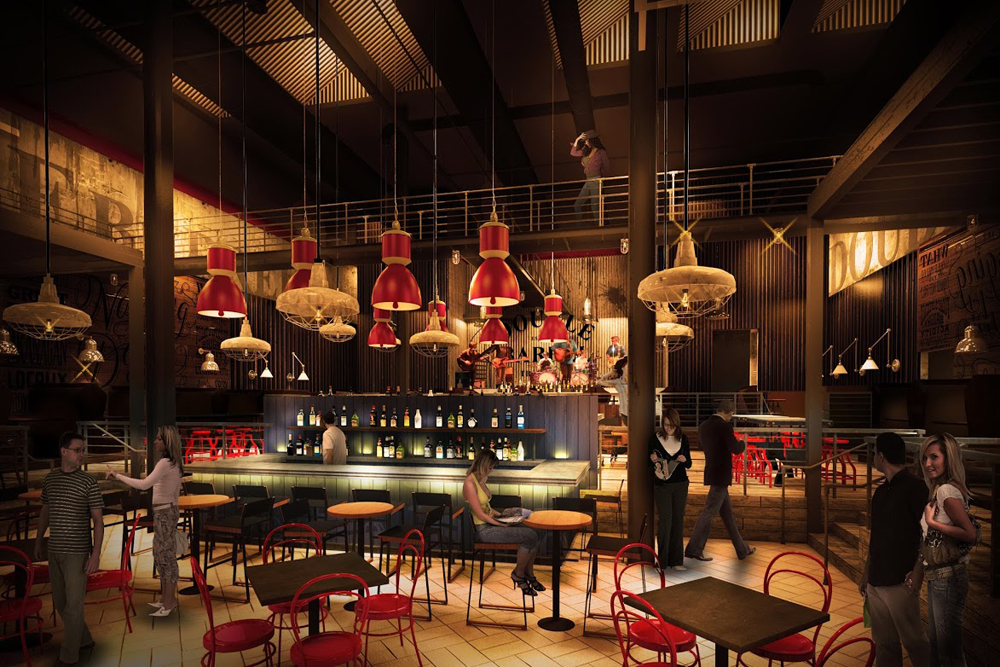 Double Barrel's live shindig theme will co-exist with a menu including steaks, ribs, Buffalo chicken sliders with shoestring fries and mason jars filled with desserts and drinks like the "Pie in a Jar" created with peanut butter with Oreo crumbles and chocolate and the "Kiwi Collins" or "Blackberry Wine Cooler" cocktails. 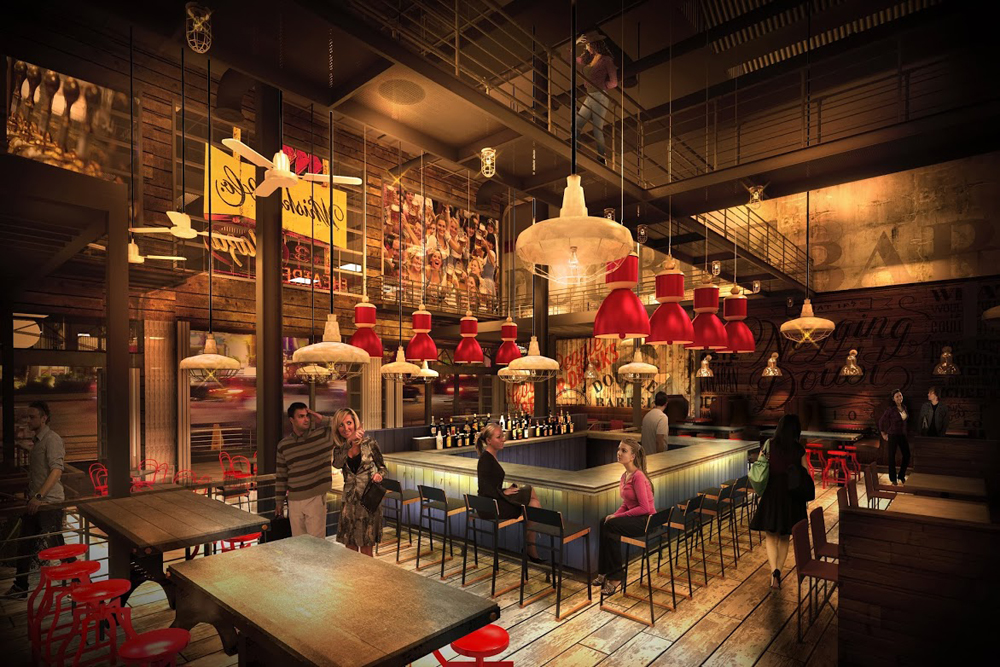 Double Barrel had once hoped for Jan. 1 debut, but any completion timetables for any of the current changes at the resort have been kept out of public hearing.
· All Coverage of Double Barrel Roadhouse [~ELV~]