This week, the cheftestapants had to make their own rendition of a po' boy for Los Angeles food truck godfather Roy Choi, who pretty much hated every one. Then director Jon Favreau asks the five remaining to help him with his movie, Chef, by creating dishes that show their true voice in cooking. Here, Chung talks about what happened in the this episode of Top Chef.

Roy Choi was pretty tough on you guys.
In the Quickfire Challenge, we thought he would take away everybody's win. He was hard. No joke, he was really hard on everyone.

But you only had 20 minutes to finish this challenge.
I guess in the beginning it was really hard. The time just goes by so fast. Time management is really important.

You made your po' boy with catfish because that was something your mom made when you first came to America. Looking back, do you think that was a sandwich that represented who you are?
Sure. It's funny. My mom is a horrible cook. She's a hardcore career woman.
I was a trouble child growing up, always bouncing off the walls. I changed nannies a lot. I loved to eat. I got that from my grandma. My mom couldn't cook. In second grade I learned how to cook. That's how I fell in love with cooking

When we moved to America, my mom was no longer a doctor. She tried to cook. Her signature dishes all involve water. She boils everything. She was also a nutritionist in China. She knew about good food, she just had no experience in execution. She used to water boil the catfish. It's disgusting. Me and my sister were just talking about it the other day. Sometimes she forgets the salt, sometimes she adds too much salt.

There were not a lot of live fish in the Asian market then like there are now. That's why we used to buy live catfish. I can make it better for sure. My mom, I love her.

What were you thinking when Roy Choi pretty much didn't like every dish?
We were so shocked. When he's talking, we were looking at each other. We thought there would be no immunity on the table for sure. The next thing you know he's telling me my dish was pedestrian. That is so bad.

We were expecting no immunity. Then he announced me as the winner. I wish would have done one more catfish filet. I tasted it after the challenge, and between two pieces of bread, it definitely got lost.

I felt like this was an episode where we really learned a lot about you, especially that you were feeling less passionate about cooking for the last year. Can you talk a bit more about that?
I guess that's one of the reason left China Poblano at the beginning of the year. I was coming off a great year in 2012.

Opening a restaurant is always one of the most stressful times. Every time I've done the openings. This was hands down the hardest ever, physically and mentally. I took off and worked on different projects for the company. I was talking to them about getting more involved in the corporate level. Then I realized that's not exactly what I wanted. I was tired, my health wasn't very good. I love José [Andrés], but his interpretation traditional Chinese food is actually very different than mine. At the same time I respect him very much. There were battles that I thought I couldn't win. We work a lot as chefs. Ultimately I was just tired mentally and physically.

Then Top Chef happened. I don't have a full-time job now. 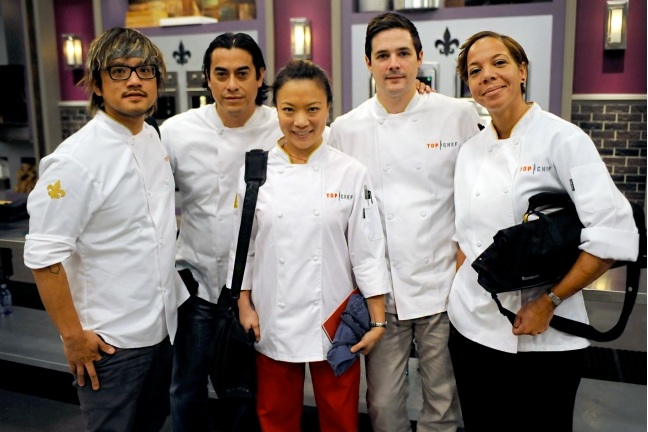 You're a classically trained French chef, but so many of your dishes have this Asian flair. What do you think your style of cooking is?
The dish I made Wednesday night, it sounds very Asian on paper, but the execution very much followed French technique. That broth. Fish head soup was the inspiration for that.

I was executing a French technique with Chinese spices with a lot of butter. I was cooking one side only of the fish with oil. The flavor was familiar, something I grew up with. This is the way I will cook from now on.

I worked for all these great chefs. As the competition keeps on going I'm more and more clear what I want to do.

You talked about the episode where you were on the shrimp boat with Emeril Lagasse as a turning point in your cooking. A moment of clarity where your voice shined through. Can you talk about that?
There was a conversation that we had on the party bus on the road to shrimping. We were talking about ideas and I wanted to make a loose custard garnished with mushrooms. It was crazy. Eddie [Huang] and Emeril looked at me and told me to cook from the heart. You think that your grandparents will enjoy what you do?

All the great chefs I used to work for, it was important for them to tell a story with their cooking. If you mixed two regions, it didn't make sense. At the same time, I was not cooking what I want to cook. I was following another chef's direction.

I just need to execute my direction. 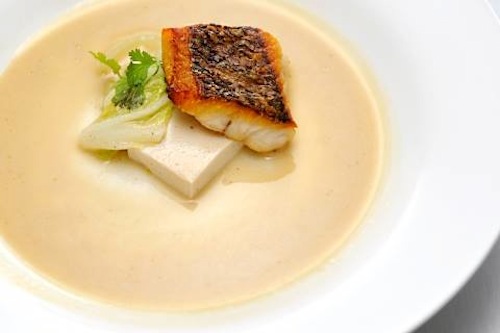 That dish you made with the crispy skinned snapper. The judges loved it. Is this something you would put on a menu?
It is the style of cooking I would put on my menu.

Were you surprised you won?
Well, yes and no, I want to say. The whole key of my dish it come down to whether I can execute it really well. I can't taste every portion. I knew I could cook the fish perfectly. We had to make 90 portions of everything in 90 minutes. I was constantly firing food. One of the most important things was whether I would undercook or overcook a dish.

Carlos' dish tasted really good. Nina, it was rough. She should have known the kitchen was hot but it was really hot. I had to be extremely organized. The kitchen was not built for five chefs picking up 90 dishes at one time. In New Orleans, the humidity level is really high. She was literally rolling pasta to order.

I sabotaged her. I kept grabbing her plate. I felt bad. She was two plates short. She ended up executing at the last minute.

How shocked were you that Brian went home?
As we go into the competition, we're talking about everybody's dish. I asked him about the chicken breast. What's the reason behind it? It was consistent. It makes sense. We shop in Whole Foods. Getting the ingredients is tricky. We have to have 90 chicken breasts. All the kids really loved that dish.