Share All sharing options for: Is 365 Tokyo the Inspire's Secret, Members-Only Bar?

While East Fremont's Inspire Theater continues a drawn-out soft opening until a probable February grand opening, the final mystery of its once proposed "secret bar" might have been solved.

New updates also appear to confirm the inclusion of Cornthwaite's mysterious 365 Tokyo creation, recently included on his Website. A logo written in Japanese Kanji characters spells out the name 365 Tokyo, vaguely explaining it is a "member's only" project. Prospective "members" are encouraged to ring a local phone number to be placed on a "wait list." 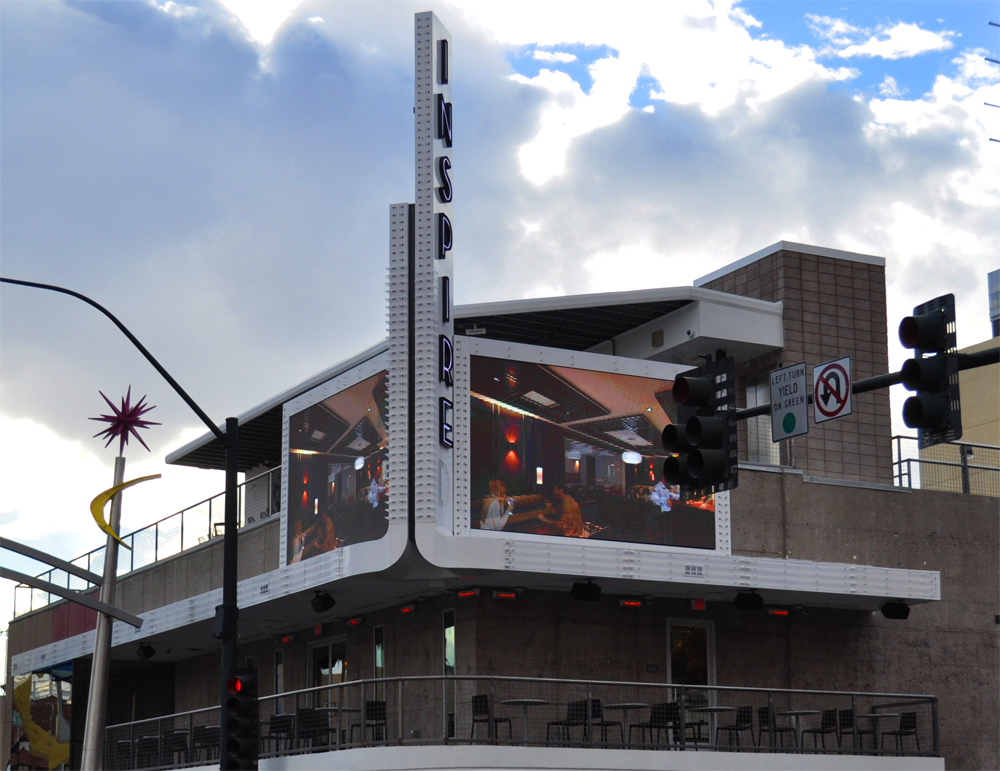 Now, a status report on Inspire by the Las Vegas-Review-Journal seems to confirm the 365 Tokyo concept, explaining a second-floor bar is coming to the venue "likely be limited to members-only, with a locked door equipped with a fingerprint scanner. Cornthwaite said they plan to bring in a bartender who will specialize in the detailed, Japanese-style bar service rituals."

The earliest plans for Inspire presented to the City Council and designed by Craig Sean Palacios and his Bunnyfish Studios architecture team, labeled this 155-square-foot space as "Secret Bar" and located it directly above the main entrance on the East Fremont side of the building.

Tentative opening hours for the Wayfarer bar and Inspire coffee shop are six days a week, but no word yet if 365 Tokyo will be open on those extra 52 days a year to live up to its name.

This begins a busy 2014 for the Downtown Project and their first full year under their new motto, "Collisions, co-learning, and connectedness." The Las Vegas Weekly reports their earlier mantra contained the more human sentiment "community" in place of the more mechanical "connectedness" refocus for the current year.
· All Coverage of Inspire Theater [~ELV~]