The remodeling of the Strip's much-loathed Hawaiian Marketplace food and retail mall has begun with the removal of their Hawaiian King Kamehameha statue and the beginnings of construction on a new two-story Chili's Grill & Bar. It will become the local flagship restaurant for the chain, fitting into 8,655 square feet of space including an outdoor balcony.

The ornate symbol of the marketplace was a replica of the original found in Honolulu, Hawaii. The gold-robed statue stood on a now empty rock sculpture that will also be removed. 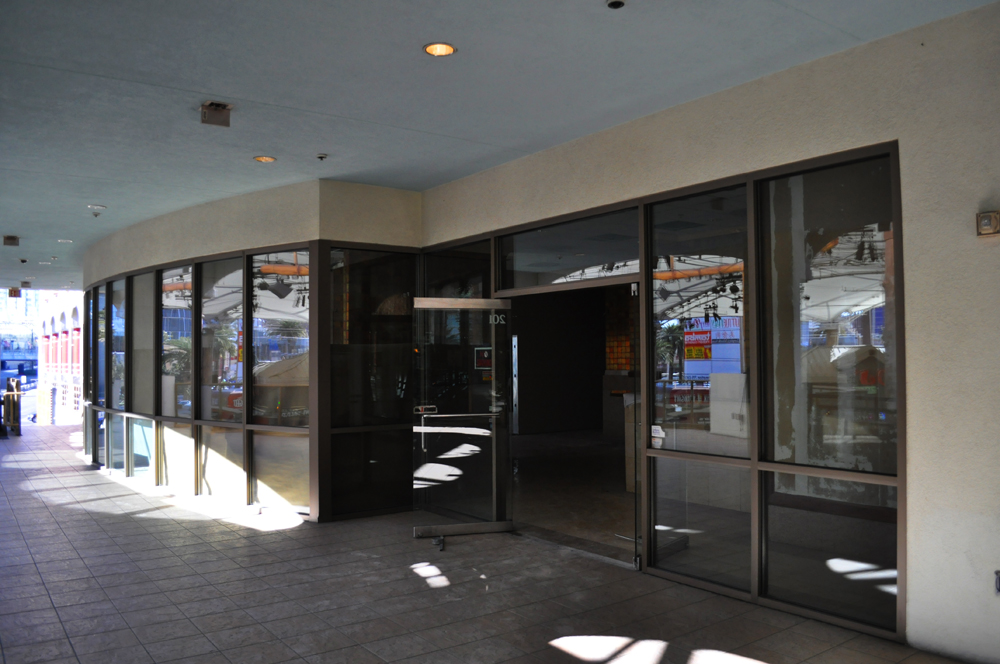 The long failing, ghostly empty interior space of the Hawaiian Marketplace now only features the Tamba Indian Cuisine restaurant and the offices of Urban Retail Properties, which is attempting to lease out the empty stores and booths within the complex. Owned by Metroflag, the mall is part of a parcel of land that includes the Harley-Davidson Cafe, Smith & Wollensky and Walgreens as tenants.

Chili's will be big enough for 248 guests inside with a bar next to the main dining room. Planned opening hours are 11 a.m. to 10 p.m. Sunday through Thursday and until midnight on Friday and Saturday. No opening timetable has yet been released.
· All Coverage of Hawaiian Marketplace [~ELV~]