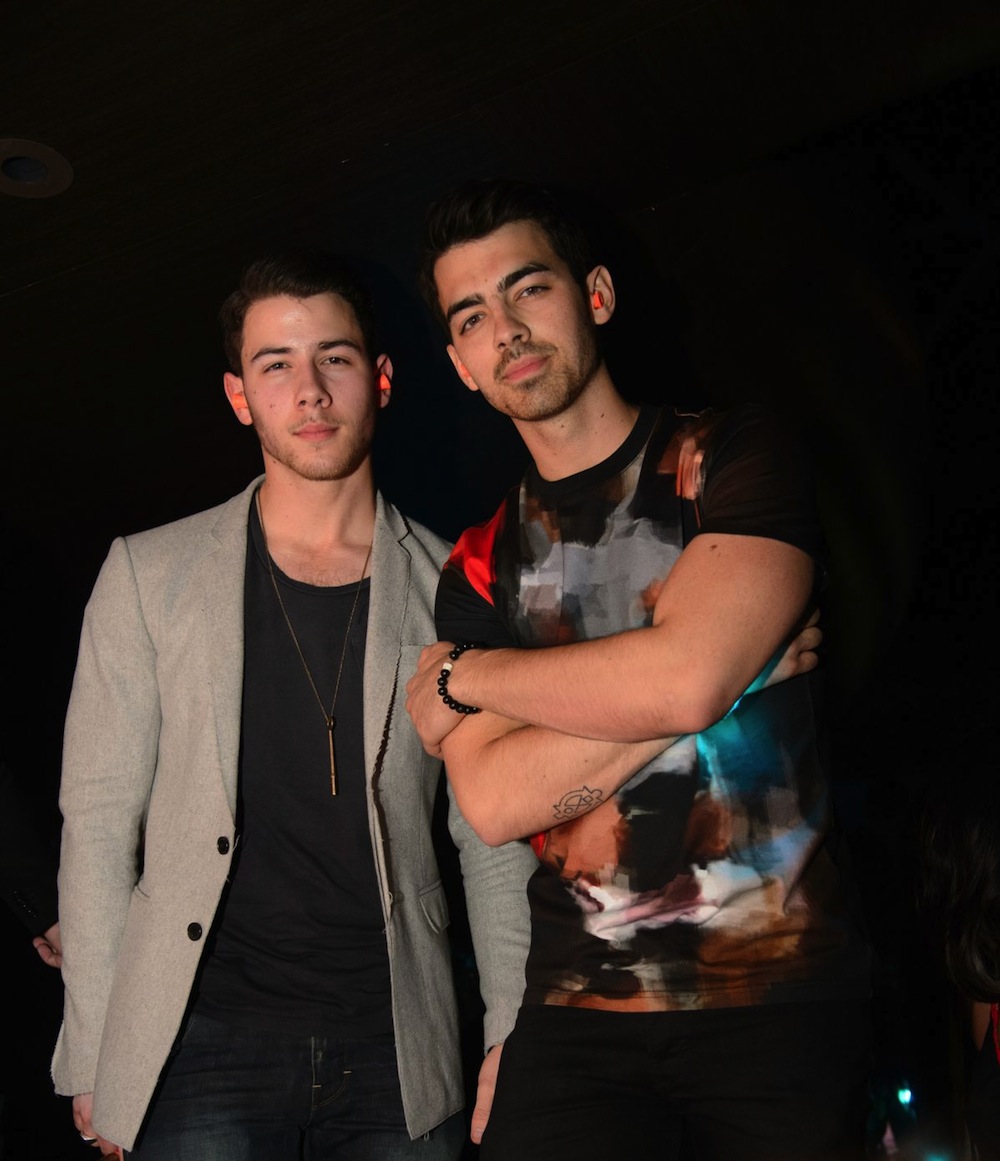 Actor and stand-up comedian Brad Garrett dined at Crush at the MGM Grand on Monday night. Accompanied by a friend and writer from his show, Brad Garrett's Comedy Club at the MGM Grand, the group ordered sea scallops benny, angus mini burgers and the 8-ounce filet mignon while drinking Tito's Handmade Vodka and Red Bull cocktails. Dressed in jeans and a leather jacket, the MGM Grand headliner dined at a private, quiet table. [EaterWire]

Neil Patrick Harris, star of the CBS hit sitcom How I Met Your Mother, dined on teppanyaki Nobu Restaurant & Lounge at Caesars Palace on Sunday night. Harris was joined by seven friends and drank Devil Killer sake and shared a traditional sushi and artichoke salad. [EaterWire]

Actor and comedian Jamie Kennedy dined at Crush at the MGM Grand on Saturday night. The entertainer, best known for movies including Malibu's Most Wanted and the Scream trilogy, dined with a friend. Dressed in a leather jacket, the actor ordered the kale salad with fried artichokes, ricotta salata and warm mushroom vinaigrette and the grilled salmon. [EaterWire]

Pop star Joe Jonas dined at Crush on Friday night at the MGM Grand. The Jonas brother dined with Jeff Beacher of Beacher's Madhouse and some friends. Jonas and his entourage ordered tuna two ways, sea scallop benny, ricotta gnocchi and grilled salmon. They also sampled some of the handcrafted cocktails such as the Crush The Mule. When dinner was finished the party posse headed out for a night of wild fun at the recently opened Beacher's Madhouse. [EaterWire]

Blues rock guitarist and singer Joe Bonamassa was spotted dining with a group of 10 at N9NE Steakhouse at the Palms on Wednesday night. Bonamassa and his group started at N9NE's lounge, where they ordered bar bites and took shots, before dining at the restaurant's Center Table. [EaterWire]
· All Coverage of Star Watch [~ELV~]