Share All sharing options for: Cowboys at Jean Georges; Comedians at Lavo 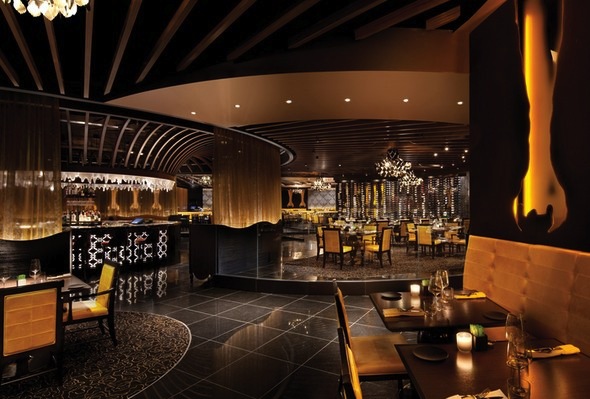 Dallas Cowboys quarterback Tony Romo and some of his teammates dines at Jean Georges Steakhouse at Aria on Friday night. [Facebook]

Actors David Spade and Kevin Farley were spotted dining with a group of friends at Lavo Italian Restaurant at the Palazzo on Friday evening. Spade fueled up for his headlining comedy show at the Venetian on chicken and mushroom ravioli with marinara sauce, rib eye steak, pan roasted dover sole and vegetable minestrone soup. He also took the time to pose for photos with fans. [EaterWire]

Ryan Walker, who plays keyboards for Imagine Dragons, dined at La Comida on Tuesday night. The performer was accompanied by his girlfriend and they ordered the pollo al horno and the pescado a la plancha while sharing guacamole. [EaterWire]
· All Coverage of Star Watch [~ELV~]