Larry the Cable Guy on Heartburn, Favorite Restaurants and Fans

Share All sharing options for: Larry the Cable Guy on Heartburn, Favorite Restaurants and Fans 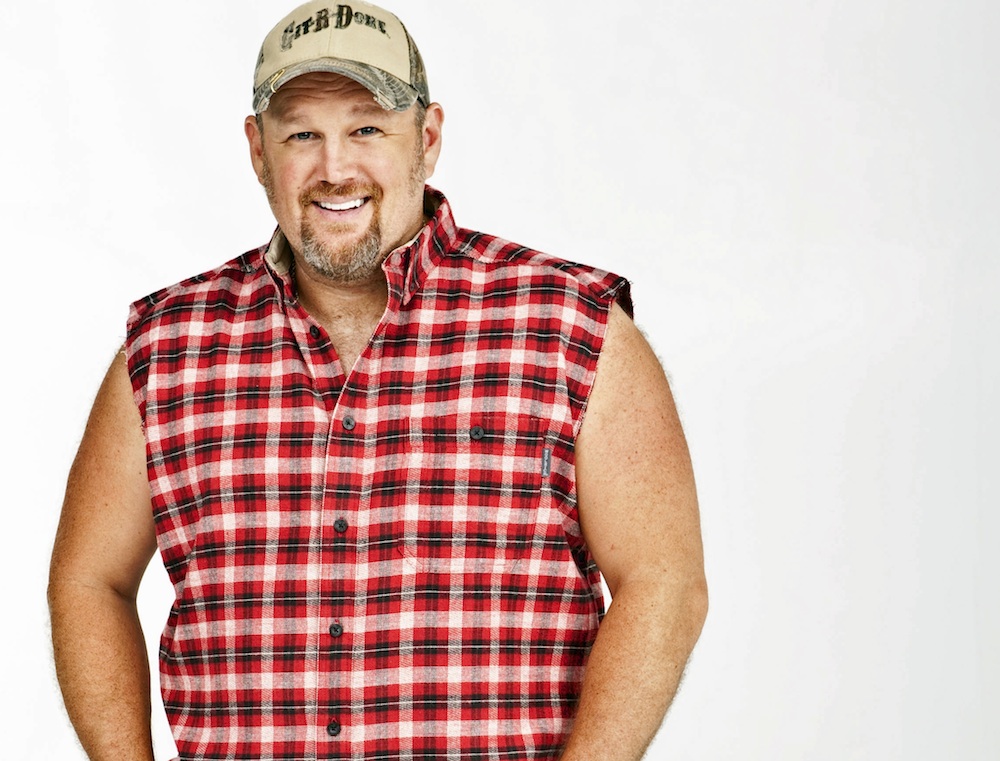 Consider Larry the Cable Guy one of the original blue collar comedians. His tour used to make frequent stops in Vegas during the National Finals Rodeo and now he still makes time to talk all things redneck with an appearance tomorrow night at the Pearl at the Palms. In 2011, he kicked off his History Channel show Only in America, where Larry travels across the country revealing history and immersing himself in different lifestyles, jobs and hobbies. Here he talks about his favorite restaurant in Vegas, what happens when people approach him while he's dining and what foods give him heartburn.

How often do you get to Vegas?
I was there all the time. I used to perform the last night of the rodeo. Six years in a row. It was always toward the tail end of my tour. After six years have to take a break. I had a good run.

I think I get to Vegas once a year. It's a lot of fun.

Do you remember the first time you came to Vegas? Can you tell me about it?
The first time? I do. I got a great story about it. When they still had the Hacienda, Redd Foxx was there. I was working the middle act at The Comedy Stop at the Tropicana. We had my camera out because every three minutes my name would flash up. I used my real name, Dan Whitney, back then. This was in the late '80s. My name would flash up and I got a picture of my name up in lights. Then you show everybody the pictures. My name was in these little tiny letters, and then there were 10-foot letters with "all you can eat."

I lost my entire check gambling. That was stupid. I have to remember: don't take an advance in Vegas.

Do you have any favorite places to dine while you're here?
I eat pretty much anything. I like a little place called Olive Garden. Have you heard of it? It's a little too fancy for me.

Do people leave you alone while you're dining?
People are assholes. My fans are awesome and if they come up to me, I get excited. The only time it get annoyed is when my wife is with me. They always seem to come up when I'm eating a big mouthful of food.

The funniest one was with my wife. We were eating at a place called Grandma's in Duluth. It was really extravagant. We're sitting there eating and I'm not lying to you. This guy comes up to us. "I hate to bother you. I know you're trying to eat your meal. Our son, the Lord took his legs from him and he's just a big fan. Can you scratch your name on something?"

"My name is John. His is Tim. He can't see out of one eye. He's pretty much blind. Just write it out to me."

People come up and it really doesn't bother me at all. If that stuff bothered me I shouldn't have gotten into show business. I'm really thankful for what I have.

There's a difference between wanting an autograph and being a complete pest. If I was eating and someone pulled up a chair, that would be one thing.

When my dad passed away, at his funeral, I walked out of the church and somebody stuck a coolie in my face and asked me to sign it. I was surprised they were selling coolies at my father's funeral.

OK, I have to ask. What foods give you heartburn?
I don't really get heartburn because I take Prilosec OTC.

What used to?
You know what? Spicy stuff. Certain cigars. I get heartburn every time I smoke them.

Drinks that have a lot of fructose. If I drink those big Arizona Tea fruit punches, they must put a ton of fructose in them. I can't drink them. Those things used to hammer me. If I know there's going to be a party I start downing Prilosec.

What was the first thing that shocked you in Las Vegas?
The doorknob going into my room.

Here's the deal, not a lot of stuff shocks me. I don't get offended at anything. If something bugs me, I don't hang around it.

I don't think this shocked me but it was funny, all the homeless guys handing out the titty stuff.

Probably the most shocking thing I saw was there's always people getting hit by cars out there. I saw someone get by a car and people kept walking.
· All Coverage of Comedian Confidential [~ELV~]