Share All sharing options for: Mandalay Bay Conventioneers Have New Places to Eat

Just in time for the CES tradeshow and the start of a busy convention season, the brand new food court at Mandalay Bay has partially opened. While Pan Asian Express and Subway are still under last-minute construction, conventioneers and visitors to the Shark Reef Aquarium attraction can now enjoy take-out from Bonanno's Pizza, a Nathan's Famous hot dog stand and the faux-diner burger joint Johnny Rockets, all within an upgraded environment from your usual food court.

The raised area is wide open to the entrance to the convention center and includes sofas for lounging or meetings, a section that is already receiving appreciative customers. 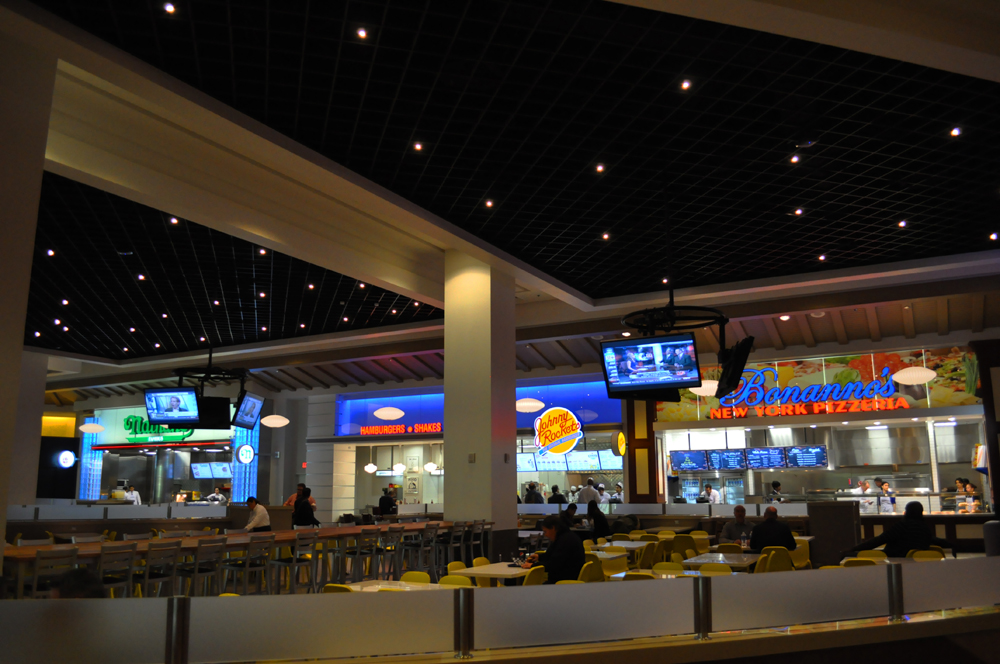 Created by local franchiser Frank Bonnano and his Fifth Avenue Restaurant Group, the namesake of his own pizza brand, Bonnano has been called the "Las Vegas food court king" for his ubiquity in the casino fast food market. 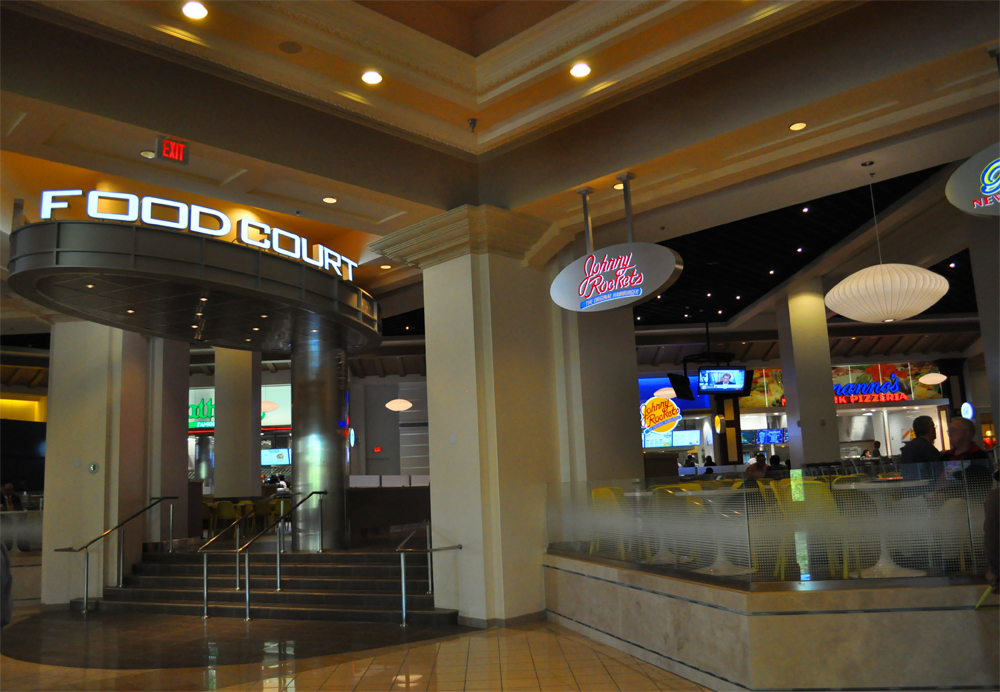 Bonanno's last major overhaul was the successful relaunch of the similar styled food court over at Bally's. 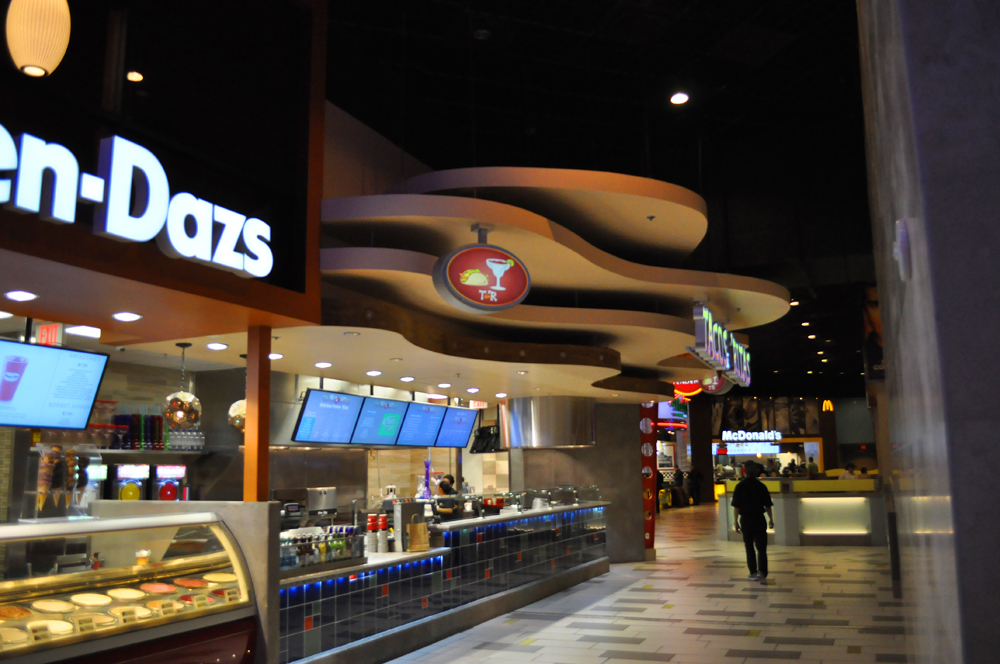 Bonnano and his team have also finished work further down the Strip at the MGM Grand where a Pan Asian Express, an upgraded Häagen-Dazs and the third Las Vegas outpost of his Original Chicken Tender chain have debuted. That fried chicken joint is already at Luxor and Monte Carlo. Joining them is a new concept called Tacos & 'Ritas, steps away from the also recently opened Hecho en Vegas Mexican Grill & Cantina.
· All Coverage of Mandalay Bay [~ELV~]