Official Word On When to Expect Bobby's Burger Palace

Share All sharing options for: Official Word On When to Expect Bobby's Burger Palace

Wires still hang from the ceiling, they've just taken the plastic off their huge interior logo, but the exit sign is lit and a new sign cabinet directs pedestrians to the forthcoming Bobby's Burger Palace from celebrity chef Bobby Flay.

Sensibly, the 18th link in Flay's rapidly growing burger empire has been very quiet about an estimated opening date. The first Vegas location for this fast casual concept is located located between a Pinkberry and a Starbucks facing the Strip. But as the company continues to hire its full compliment of staff, a plausible opening date timetable has emerged.

The Burger Palace's own publicity team Bullfrog & Baum says it will open in January and when a vacationer asked on the company's Facebook page if it would be ready by their end of February visit, the Palace confirmed they would be open. 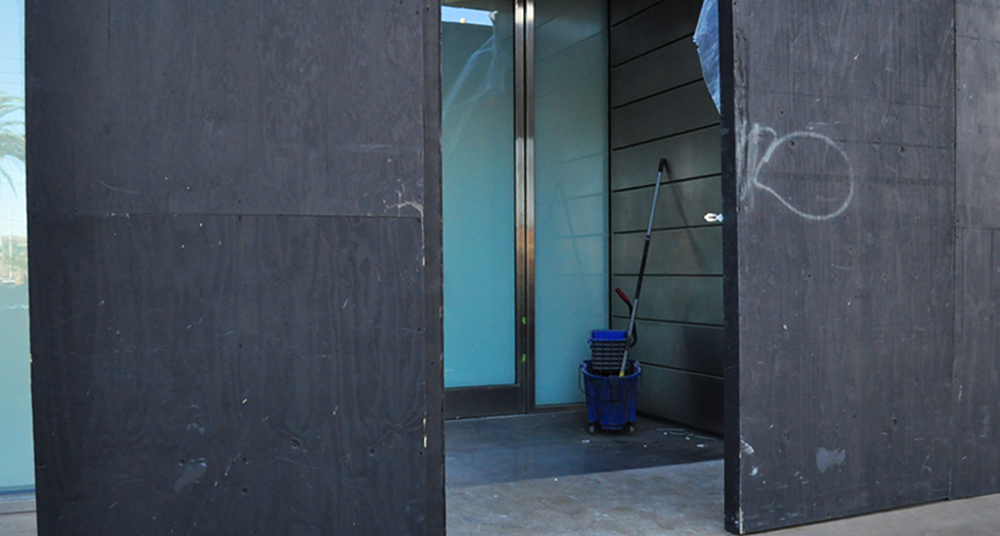 The rear of the burger joint, facing the Crystals luxury mall and the Mandarin Oriental hotel, appears ready for business. The frontage, currently hidden behind dark black plywood, is keeping the existing brushed metal design finishes created when the property was first occupied by a Carolina Herrera boutique.

The 5,000-square-foot space will be serving up Flay's signature Crunchburger, topped with potato chips, but no word yet if an exclusive Vegas Burger has been created for the menu joining other cities such as Philadelphia, Miami and Dallas with their own namesake burger creation.
· All Coverage of Bobby's Burger Palace [~ELV~]
· All Coverage of Bobby Flay [~ELV~]