Pining for the loss of a Gansevoort-style hotel from the Strip? A new proposal wants to bring a very modern, 23-story, 288 room boutique, high- rise concept downtown and do away with the gambling. Heading for planning commission approval is Tower 228 located on Fourth Strett, two blocks south of Neonopolis and Fremont Street. Squeezed between a parking garage and an office building, it will operate without any gaming and instead focus on restaurants, cafes, a rooftop pool and a chic design to draw you, and investors, along for the ride.

While wildly enthusiastic proposals for new hotels pop up regularly in Las Vegas, a couple of the connected parties to this venture have some heavy-duty local credentials. Guiding Tower 228 though the process is George Garcia, president of G.C. Garcia Inc., a property developer who has also served as planning director for the City of Henderson and is a current director of Goodwill of Southern Nevada.

More strikingly, the visuals and layout have been created by YWS International, a design and architecture firm that conjured up the looks of Olives, Sushi Roku, Fiamma and the award-winning interior of the Hakkasan nightclub at MGM Grand. Their exterior vision for Tower 228 calls for a hanging garden and indoor and outdoor dining. 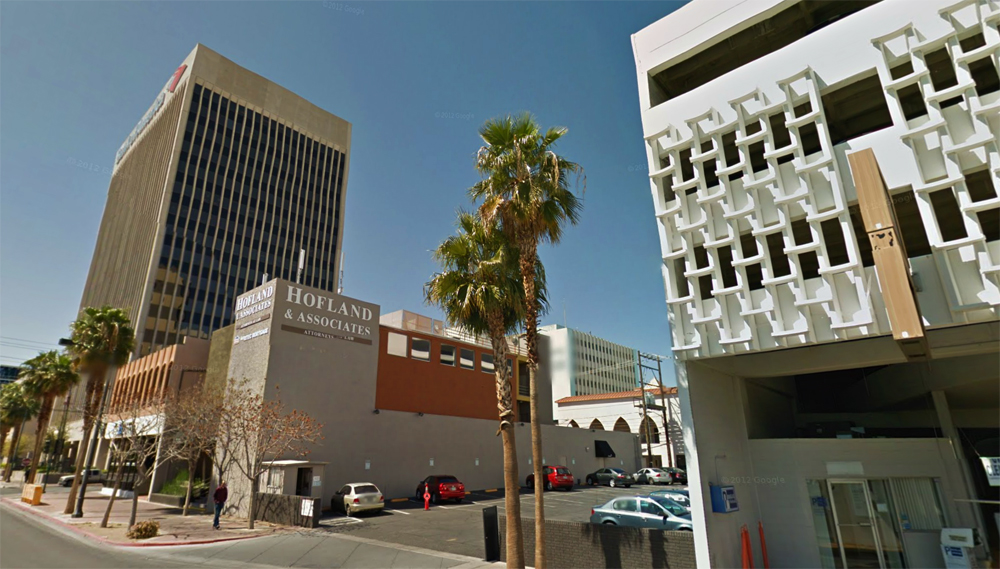 The location fits between a parking garage and the Mountain Springs Commercial Center, next door on the corner of Bridger Avenue, anchored by a FedEx store. It will not part of this project and the center was bought by a different developer in August 2103 for $1,590,000.

The less than an acre of land means the footprint has to shoot skyward. You will drive up to the entrance and the valet will take your car up a ramp to one of the three internal levels assigned to parking. On the ground level of the hotel, to the left of the lobby, is a 1,125-square-foot cafe with seating providing views of Fourth Street. You can also pay a visit the gift shop.

On the sixth floor, a 4,994-square-foot restaurant is right off the elevator. A 2,152-square-foot bar and lounge is across the way and a 4,500-square-foot outdoor dining deck is in the plans, facing the direction of the Plaza hotel. 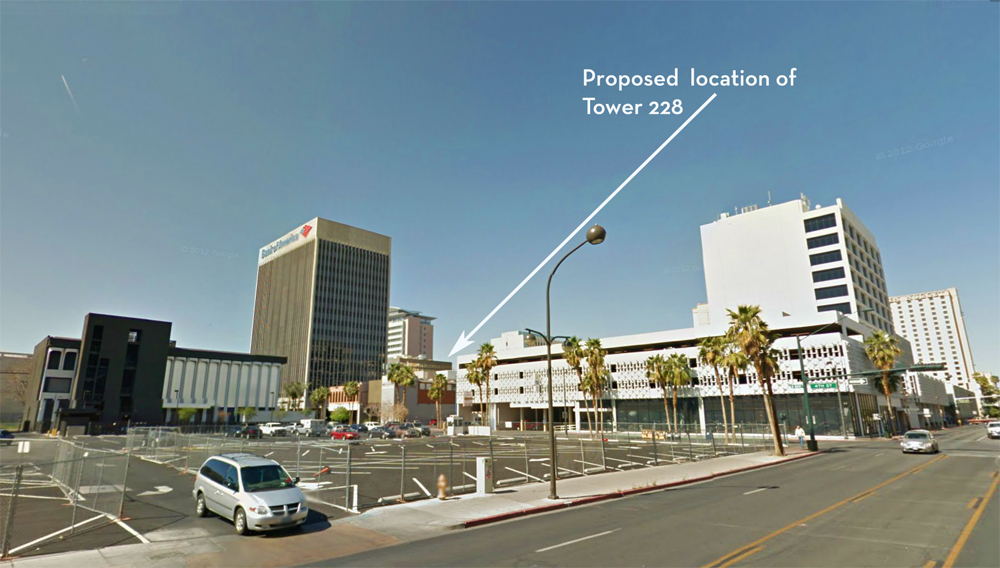 Tower 229 is situated next to and across from public parking, a crucial asset for the developers who believe their target audience will not be driving here and they are emphasizing the walk-ability from the hotel to all downtown attractions.

No investors have yet to be revealed for the hotel, but planning approval should not prove an issue. Not timeline for completion or construction has yet to be offered either, which would fist require the demolition of an exciting office building on the lot.
· All Coverage of Downtown [~ELV~]