Share All sharing options for: Where RM Seafood's Johnny Church Met His Fiancée 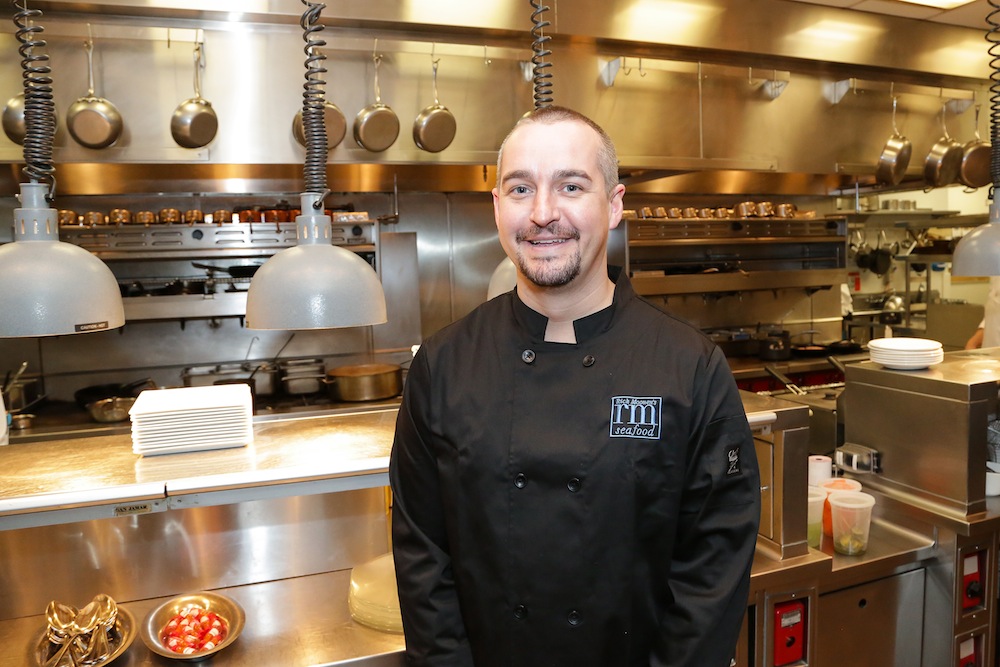 Johnny Church started working in his mother's restaurant in Flint, Mich., at age 12 and quickly rose to fame in Vegas, where Wine Spectator named him a rising chef. He worked at Turnberry Place under German master chef Stefan Kauth, Charlie Palmer's Aureole at Mandalay Bay, Andre's at the Monte Carlo, Alizé at the Palms, Eiffel Tower Restaurant at Paris Las Vegas, AJ's Steakhouse at the Hard Rock Hotel and more. He headed up the kitchen at P.J. Clarkes at the Forum Shops at Caesars and the executive chef and consultant at View Wine Bar & Kitchen and Taste Market & Deli at Tivoli Village. Now he's the executive chef of RM Seafood and Rx Boiler Room at Mandalay Place and the consulting chef at MTO Café Downtown. Here he shares some of his favorite places to dine in Las Vegas, including where he met his fiancée.

Which Vegas restaurants do you turn to when you're not working?
When I am not working at RM Seafood or Rx Boiler Room in Mandalay Place, I love visiting MTO Cafe, 35 Steaks & Martinis at the Hard Rock Hotel or Lotus of Siam.

What dishes are most memorable?
At MTO Cafe, I eat there for breakfast six to seven times a week to monitor the quality and consistency... tough job, I know. But my favorite dish on the menu would have to be The Hangover Burger, which features triple Angus beef, a fried egg, bacon and special sauce.

I am a soup freak! At 35 Steaks & Martinis, the potato leek soup, which features crispy pancetta and white truffle oil, is insanely good.

At Lotus of Siam, the Thai papaya salad hits all the tastes that I look for in a dish... sweet, heat, crunch, salty... it's the one I want now! The Riesling on the wine list is bomb, too!

Why do you enjoy going there?
MTO Cafe is my first chef/owner partnership, so I love going there just to check in with the food and empower the team.

35 Steaks & Martinis is a cool spot to relax and have a cocktail after work. Chef Marty Lopez is doing solid food there, and the drinks are always on point. I also met my fiancée in that same room several years ago when I was the chef at AJ's Steakhouse!