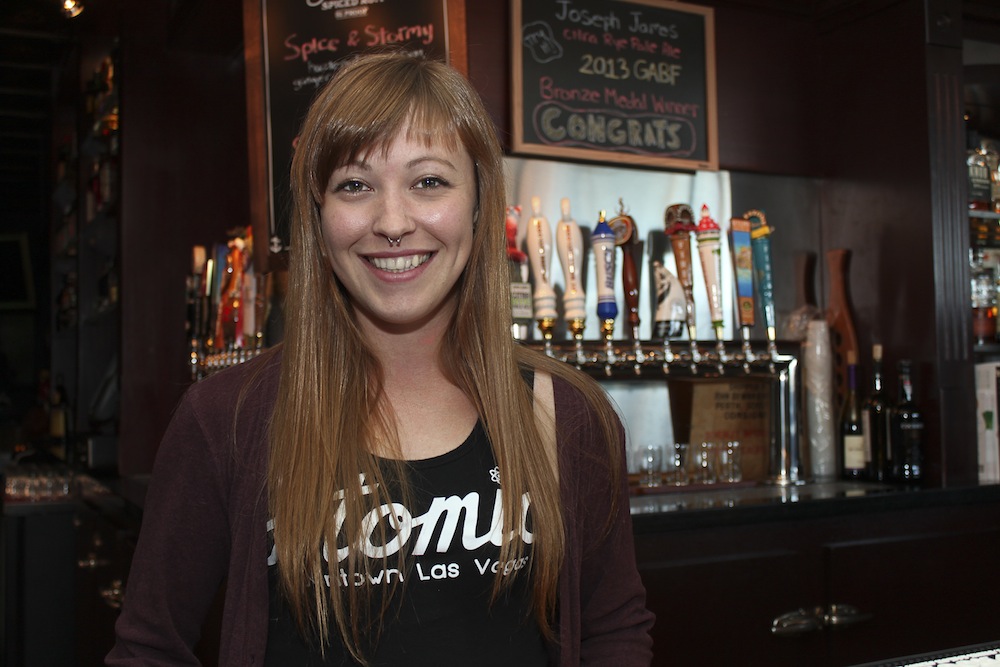 Head to Atomic Liquors to find Rose Signor, the bar manager of the joint with the oldest liquor license in Las Vegas. Signor may have grown up on a farm in upstate New York and attended college for broadcast journalism, but she knew early on she wanted to be in the service industry. She ended up moving to Vegas when she turned 21, working at Buffalo Wild Wings. She learned the basics of being a bartender at a few gaming bars in town such as The Bounty Hunter and Apache Joe's. A yearlong move to Seattle taught her about craft cocktails and the amazing craft beers the Northwest had to offer. The weather didn't agree with her, so she returned in 2012 to manage The Bunkhouse, the classic dive punk bar in Downtown area "when it was still a pretty scary place." That's where she met the owners of Atomic Liquors. Here she shares her favorite places to imbibe, including a complete dive, a cocktail classic and a new locals' favorite.

When you're not working, where do you like to grab a drink?
Dino's, Herbs & Rye and the Velveteen Rabbit.

What do you like to order there?
At Dino's, I order a Sierra Nevada Pale, my gateway craft beer, in a plastic cup.

At Velveteen Rabbit, other than sour beers like Uinta's Birthday Suit, I order the Improved Whiskey Sour with bourbon, Cherry Heering, lemon, cinnamon and egg whites.

Why do you enjoy going there?
Dino's — I enjoy the diversity and everybody always seems to be having a great time. Great vibe, no pretentiousness allowed there.

Herbs & Rye — They make the best Ramos Gin Fizz in town...my favorite cocktail. It's so hard to make a good Ramos! And can we talk about the reverse happy hour on food? So good!!!

Velveteen Rabbit — I always know I can get a delicious sour beer there!

Fun facts about you?
I'm a sucker for cocktails with egg whites and I'm constantly in search of great beer cocktails.
· All Coverage of Atomic Liquors [~ELV~]
· All Cocktail Confidentials [~ELV~]