The Big Rig Jig Vision for the Fergusons Motel

Share All sharing options for: The Big Rig Jig Vision for the Fergusons Motel

Tony Hsieh and the Downtown Project want to bring you a rival to their 55-feet-tall, fire breathing praying mantis sculpture at Fremont East's Container Park. Twenty-five tons worth of rival.

Hsieh and his team bought the shuttered 69-room Fergusons Motel for $5 million in December 2012, with an eye to this 50,768-square-foot lot becoming the anchor of the East Village neighborhood. Maintaining the look and architecture of the original motel, the environment will be kitted out with three bars, a coffee shop, restaurants, art galleries and boutiques filling the former motel rooms. Elaborate site renderings created by the local team at D.i.G design group hint at a compressed version of the Container Park, housed in a retro 1960s motel. 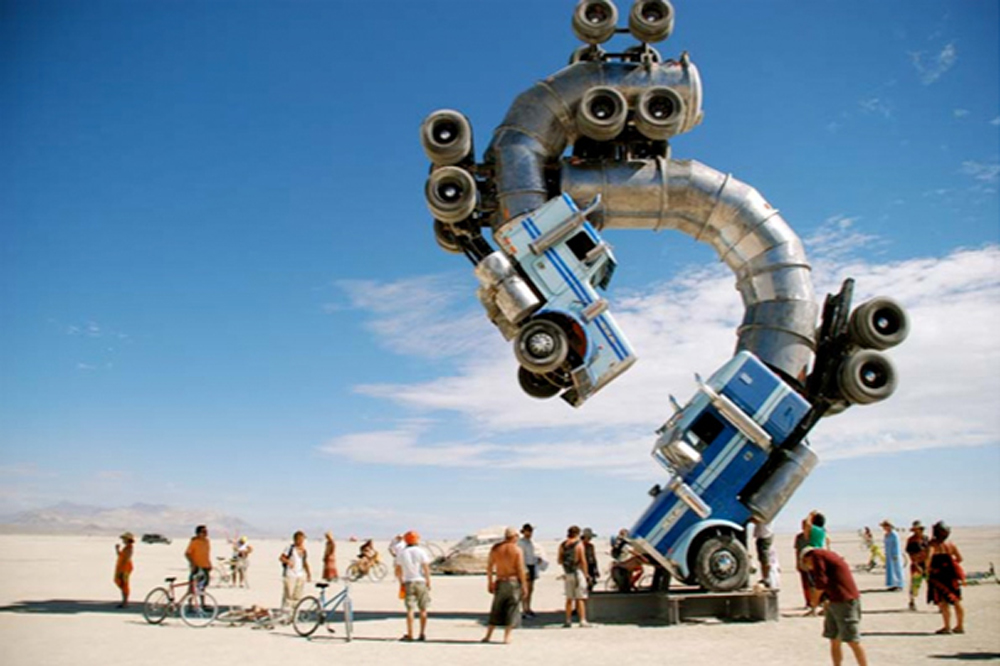 Within the central courtyard will be the 50-foot-tall Big Rig Jig sculpture created by Los Angeles artist Mike Ross. Forged in 2007 from two tanker trucks, guests can clamber through the insides to peek out the top. Like the praying mantis down the street, the Big Rig Jig was featured at the Burning Man festival much beloved by Hsieh. 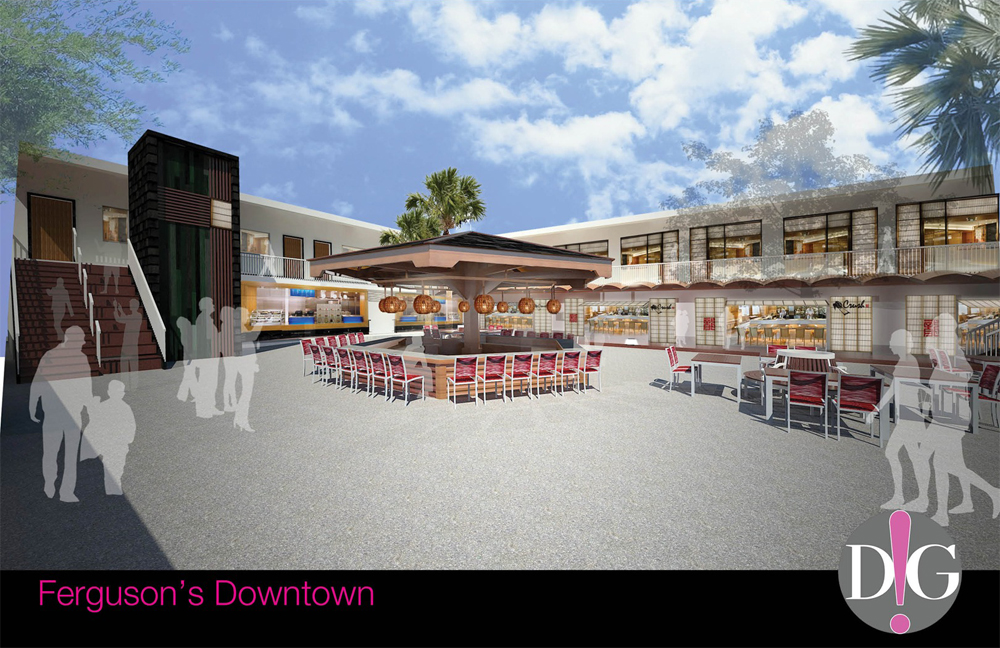 The D.i.G design group renderings also hint at two eateries on the ground floor flanking a central bar. With the courtyard given over to pedestrians, parking will be provided at the site of the demolished Ambassador Motel, a couple of blocks away. 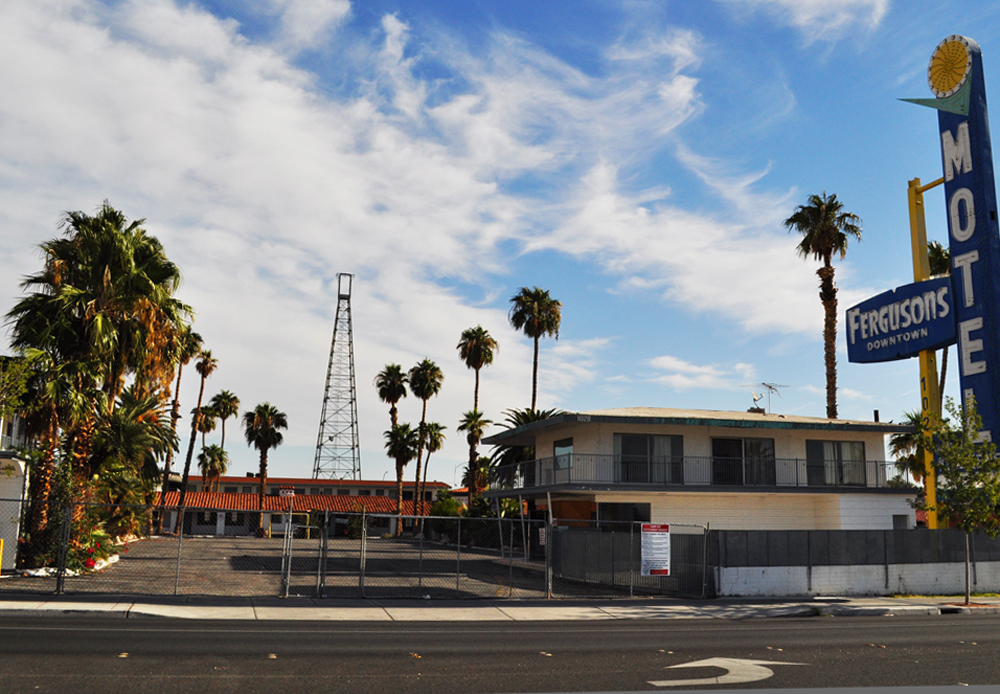 Low-Roller Slots-A-Fun Is Getting a Daiquiri Bar, and Adventuredome a $1.5 Million Food Court