Share All sharing options for: Updating Those Three Taverns Headed to Carson

Some more details on that forthcoming strip of bars located steps away from downtown's Container Park, the future John E. Carson Hotel makeover and across the street from chef Natalie Young's Eat. Turns out, the applications for tavern permits on that block downplay the dining component of the concept.

The ubiquitous Breslin Builders company, a force behind the creation of the Downtown Grand and the Container Park, have shared their involvement in the project, with the news they will begin work on the site in "mid-May." Heading to Carson Avenue will be a dedicated vegan restaurant alongside a "standard American cuisine" restaurant all housed in a former Sears store, dating back to 1955.

Bought in May 2012 for $600,000 by Zappos head Tony Hsieh and his still nascent Downtown Project, the redevelopment will keep the single-floor structure and shell, but will be adding plenty of patios. 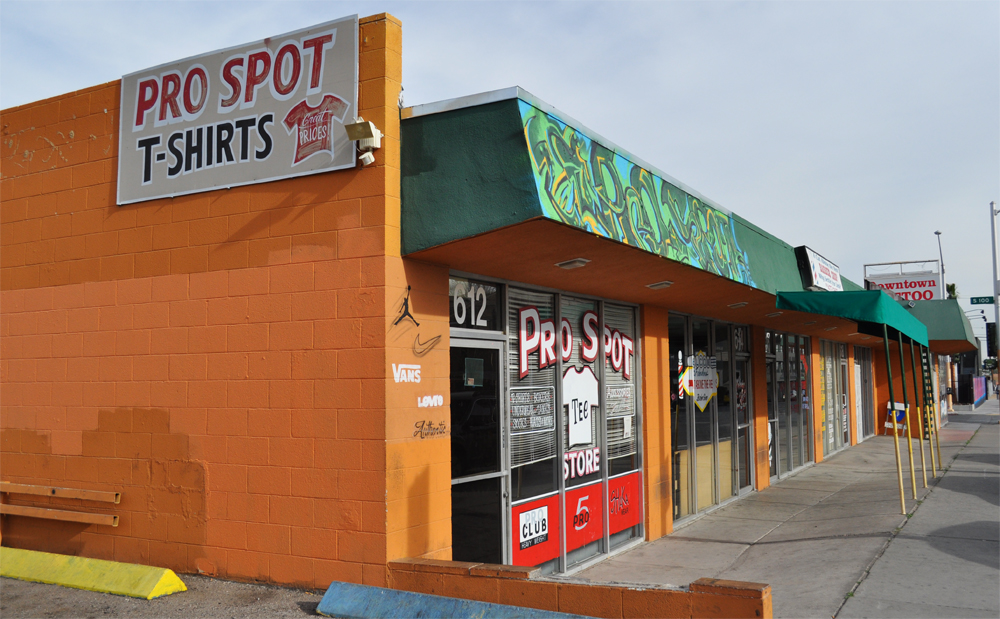 Breslin Builders reveal they are working on two restaurants to be built within these spaces and each tenant will receive new, individually designed frontages. The vegan restaurant is already committed to receiving a Green Restaurant Certified award from the G.R.A. That association rewards restaurants, and in turn informs consumers, for an operator's commitment to "water efficiency, waste reduction and recycling, sustainable furnishings and building materials, sustainable food, energy,disposables, chemical and pollution reduction." Locally, only seven restaurants have earned their certificate, including the hat-trick of B&B Ristorante, Carnevino and Otto Enoteca at the Venetian.

Joining the three large "tavern" projects will be the existing tenant, A Cut Above The Rest barber shop who will keep operating through the construction process. The rest of the retailers on the block have already vacated their spaces.

This site also appears to be the future home of Natalie Young's next culinary expansion, White Bread. Don Welch of the Downtown Project recently told Wired magazine a "fried-chicken place" would be located next to vegan restaurant on this block. Natalie Young has long imagined bringing to downtown a small, late-night window, serving up one very special menu item, her "fried chicken and white bread served in a brown bag."