Share All sharing options for: Brian Howard Talks All Things Pork and Cochon 555 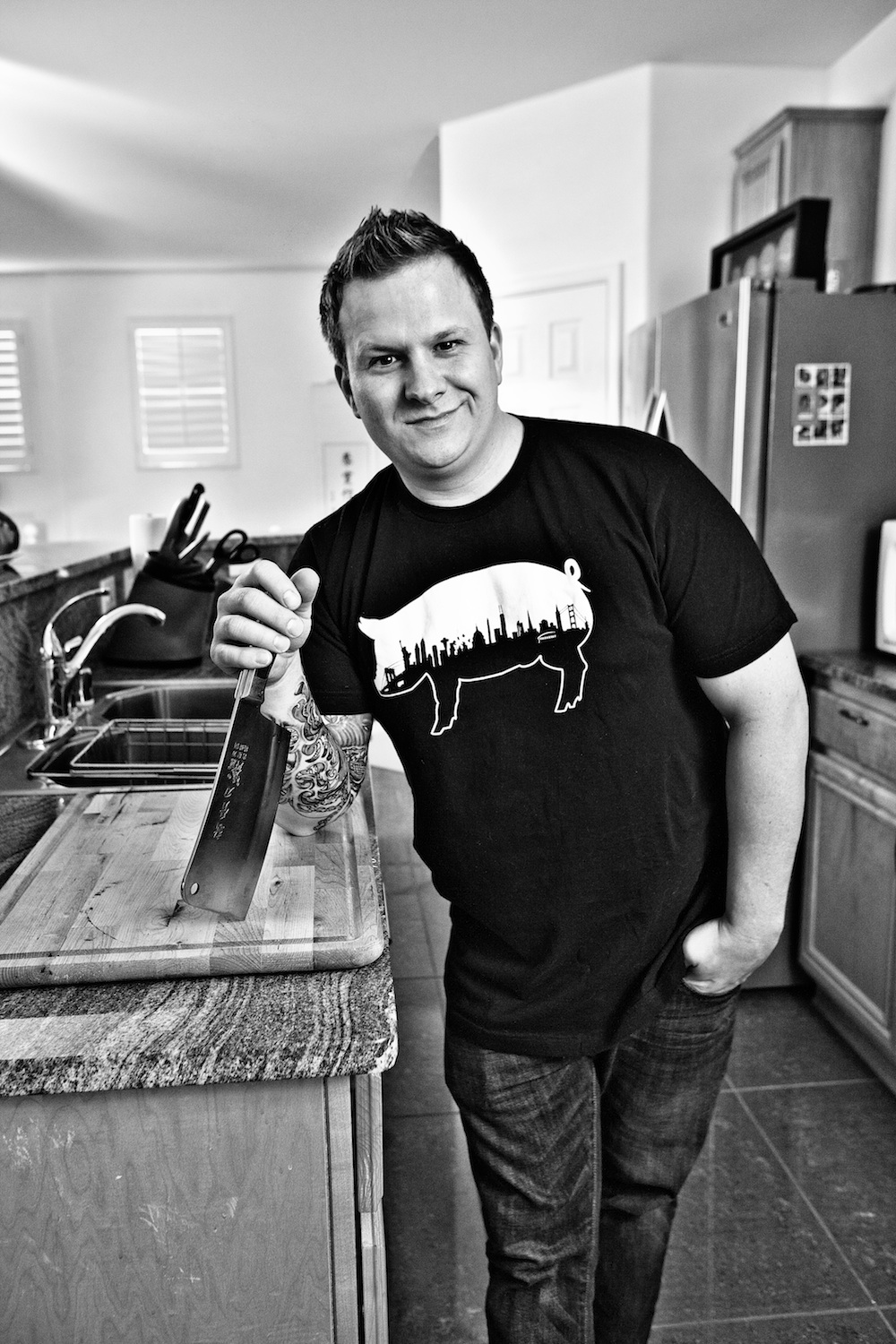 Brian Howard tests his prowess with pork on Sunday when he competes in Cochon 555 against six other chefs, including Kuma Snow Cream's Jet Tila and Mario Batali and Joe Bastianich's Vegas culinary director Jason Neve in Santa Monica for the title Prince of Porc. The chefs cook and serve an entire heritage breed pig over multiple courses and one will walk away with bragging rights. Howard, the executive chef at Comme Ça at the Cosmopolitan of Las Vegas, has spent this week plotting and planning his menu for the festival. Here, he talks about what he plans to do to win the crown.

What's with your fascination with pork?
I really love the versatility of the animal. There is almost no waste on the whole thing. If you're using a good hog, you can eat everything from fat to the skin. I'm not sure that you could do that with a lamb or a cow unless you're making rugs. That and the flavor with heritage breed pig. They're the only pigs I get that the meat is actually red.

The competition uses the whole 210-pound pig. You have to come up with up to six dishes using the whole animal, 1,500 portions. You get a week to do that. Then on Sunday, judging starts at 1:45 p.m. with 24 judges.

How do you prep for an event like this?
The way I went about it, I actually broke the pig down to all its primal cuts. I separated the fat from the skin. They want you to have 1,500 portions. My thought process was to have food for everybody so they get small one- or two-bite portions. I thought about different cooking techniques and yield for the animal. Then I started writing the menu for it.

Any super secret tricks you plan to pull out?
I don't know if I have any secrets. It is what it is at this point. We're using everything. I have a hot toddy made from pork bones, a chocolate with pork blood. I've been posting a few teasers on social media. I have a Detroit Coney dog with pig face chili because it's my city. I'm using a pig brain mustard and pork fat bun onions cooked in ham fat.

Will you have the dishes you make on your menu at Comme Ca?
Yeah, I'm thinking the following week might see some of those things as specials. If I win we'll definitely put together the whole menu.

Why do an event like this?
If there was an event more suited for me, this is it. I like to challenge myself. I don't know if you would say I'm competitive. You push yourself to see what you can do using the whole animal that someone else might not be doing.

What do you have to do to get invited?
You must use heritage breed pigs on the menu.