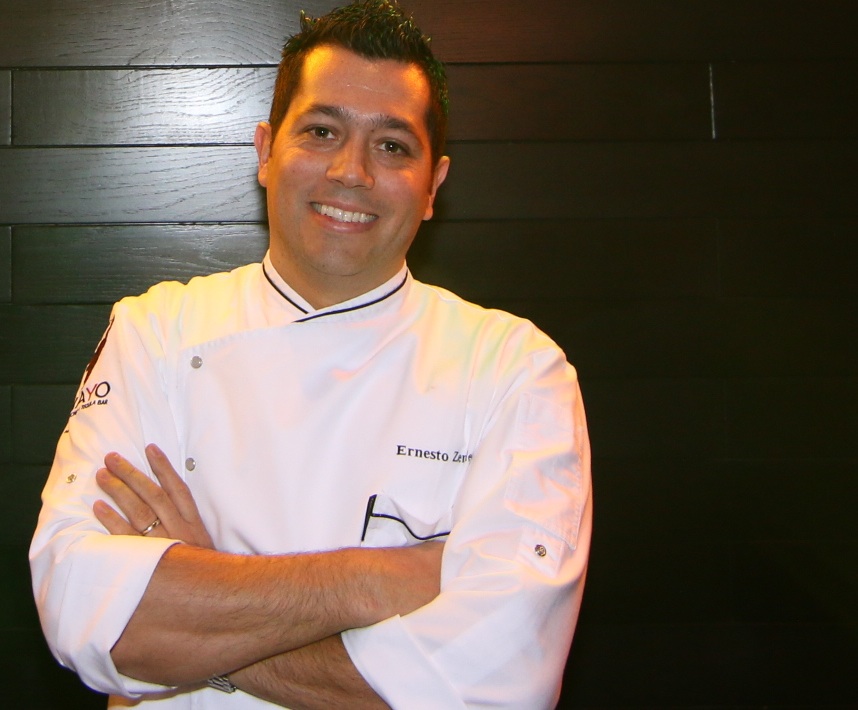 Ernesto Zendejas combines his heritage growing up in Mexico City with his French cooking techniques at Chayo Mexican Kitchen & Tequila Bar at The Linq. After studying at L'Institut Paul Bocuse in Lyon, France, under Paul Bocuse himself. Zendejas apprenticed at Café Paris in Biarritz and Brasserie Norte in Lyon, and then returned to his hometown of Mexico City, where he became the chef at La Taverna del Leon for two years. Zendejas then moved to Florida and spent three years as the chef at Tequila Ranch in Ft. Lauderdale, Fla., before becoming the sous chef at Evolution Restaurant at The Ritz-Carlton in South Beach. He spent the past seven years as the corporate chef at the Mexican Pavilion Center at Epcot Center inside Walt Disney World. Now he's ready to take on Vegas. Here he shares some of his favorite places he's found in Las Vegas.

Which restaurants do you turn to when you're not working?
China Poblano, Honey Salt and Joe's Seafood, Prime Steak and Stone Crab.

What dishes are most memorable?
I love the carnitas from China Poblano. They are made with slowly braised pork butt and served with salsa verde, which adds delicious flavor. Plus, the homemade corn tortillas are fresh and authentic.

I enjoy the grilled octopus from Honey Salt because it is very unique. It is served with homemade creamy tomato sauce and aioli, which pairs perfectly.

The lobster bisque from Joe's is also a favorite of mine. It is made with chunk stone crab, which adds a modern twist to the classic dish.

Why do you enjoy going there?
Honey Salt has a great atmosphere and feels homey for locals. It also has great service.

I love going to China Poblano because the food has great flavor and the chef understands how to cook authentic Mexican food.

I enjoy the quality of seafood at Joe's. It is always fresh and they have great service.
· All Coverage of Chayo Mexican [~ELV~]
· All Dining Confidentials [~ELV~]