Richard Sandoval on His Vision at The Commissary

Share All sharing options for: Richard Sandoval on His Vision at The Commissary

Many considered it a surprise move when Richard Sandoval announced that he was taking over The Commissary at the newly opened Downtown Grand even as the new casino opened in November. Originally the concept was touted as a food court featuring I Love Burgers, Third Street Tacos, Short Round's Bao & Dumplings and Coffee and Crepes. Now Sandoval instead brings his own touch of bold flavors to the four fast-casual concepts that cover Latin-inspired sandwiches, salads and soups; burgers and hand-crafted milkshakes; a rotisserie featuring Sandoval's special spice rub chicken, 12-hour smoked brisket, tacos and burritos; and a coffee and crepe café. Here, Sandoval, who now has 30 restaurants around the world and created the original menu at Tacos & Tequila at the Luxor, talks about how he created his vision for The Commissary in two short months, what you can find there and how this could be a jumping off point for another restaurant in Vegas. 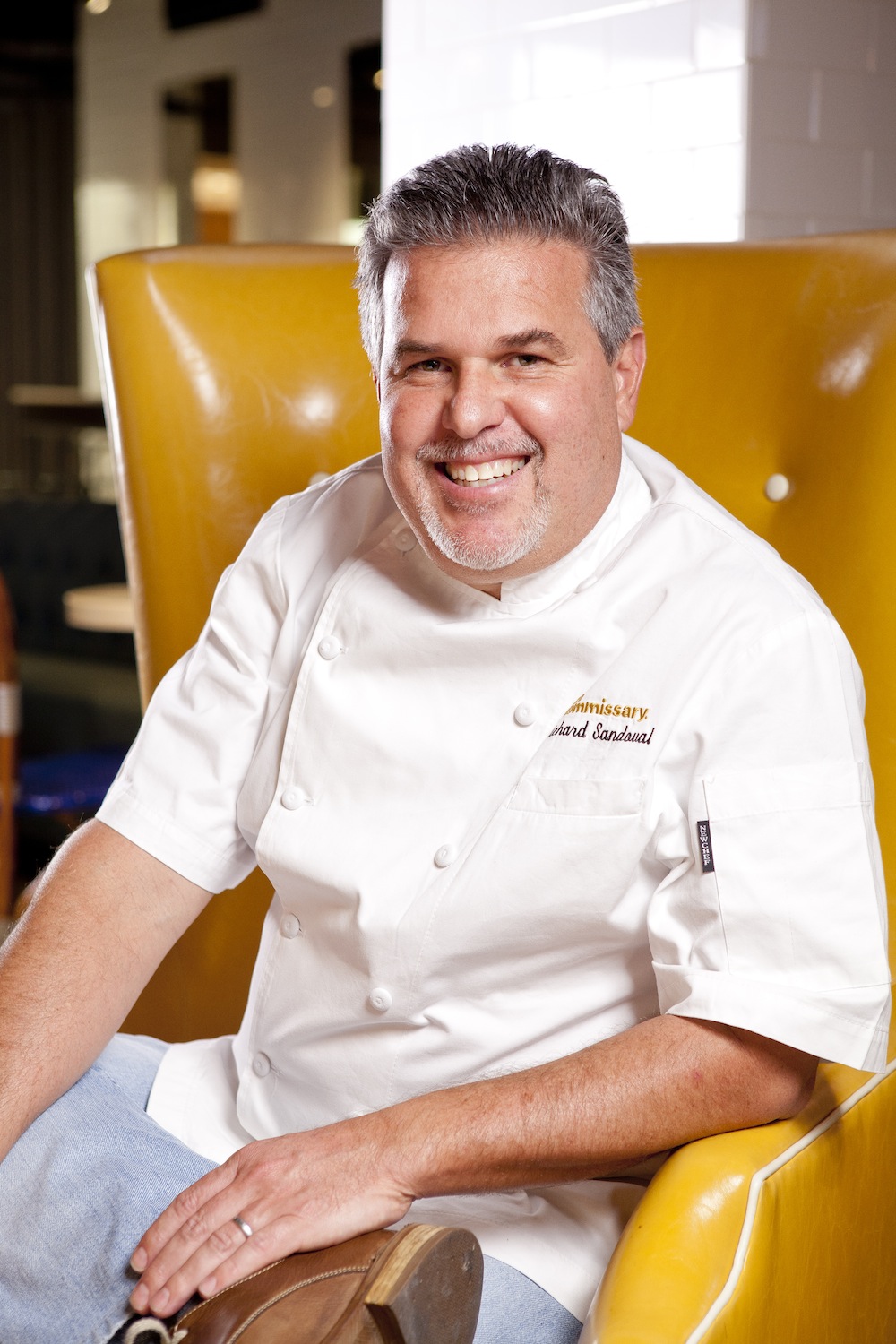 You are known for supporting big flavors in your dishes. How do you balance that ambition with these fast casual menus appealing to wide tastes?
I've already said just because I'm not doing a fine dining restaurant, that does not change the dynamic of my food. I still have the layers of flavor. We have a rotisserie chicken with a rub roasted on it. You still get the flavors from my restaurants but In a more fast casual environment.

How well did you know the downtown area?
I was excited to get back into Vegas. I created the T&T menu, but I'm not involved in T&T. I was dying to get back here. This gave me the opportunity to get me back in. I'm part of the renaissance of something happening down here.

Tell me about the food stations here.
When I was developing the whole idea I wanted different food stations. I have one if you want to get a burger or a sandwich. There are four stations. You can get tortas, these artisanal Latin sandwiches, salads from this station. You can get burgers, shakes and hot dogs here. Then we have the Latin stations with tacos, burritos and bowls, a rotisserie station. At the coffee station, you can get crepes to order, Lavazza coffee and pastries.

At night, there will be a transition. I'm trying to develop a restaurant that is chef-driven that will bring in chefs who want to come eat not just your typical burger. I have some things in the works here.

Did you have much time to turn the concept around for the Downtown Grand?
We started working in the beginning of November and opened in December. The whole team has been here working 24/7.

What are you doing to attract the locals?
We're developing a happy hour. We've only been open a month and getting the kinks out. We'll have a late-night bar, Taco Tuesdays.

Is this a precursor to another Vegas expansion?
Absolutely. Like I said, I wanted to get back into Vegas. I've been coming here for the last 10 years. I've left my fair share of dollars at the blackjack table. This is a great place that's always reinventing itself even through the recession. They've been bringing in the best chefs from around the world.

Do you have anything planned?
I'm getting close to signing a deal.

In Serbia (!) you opened Toro, a "Latin GastroBar." That sounds like a perfect concept for Las Vegas.
I had this concept, Toro Toro, that I debuted in Miami, D.C. and Qatar. But when I went to Belgrade, I had to do something different. It was a small place, so I decided to have one bull instead of two. It's considered the best food in Belgrade. Serbian food is not very bold but they love it. It's a Latin gastropub.

Now that I'm here I'll start being able to do stuff.