Visit Flour & Barley at The Linq Quicker Than You Think

Share All sharing options for: Visit Flour & Barley at The Linq Quicker Than You Think

Flour & Barley from Block 16 Hospitality will beat expectations and aims to be fully open at The Linq by the day after St. Patrick's Day. They are already testing the ovens and gauging customer reactions by offering slices from their to-go window.

The mammoth Linq open-air entertainment district located between the Flamingo Las Vegas and The Quad resorts will be gradually phasing in more tenants over the coming months. Within the next few weeks Flour & Barley will be joined by close neighbors Sprinkles Cupcakes and the official opening of BLVD Cocktail Company. 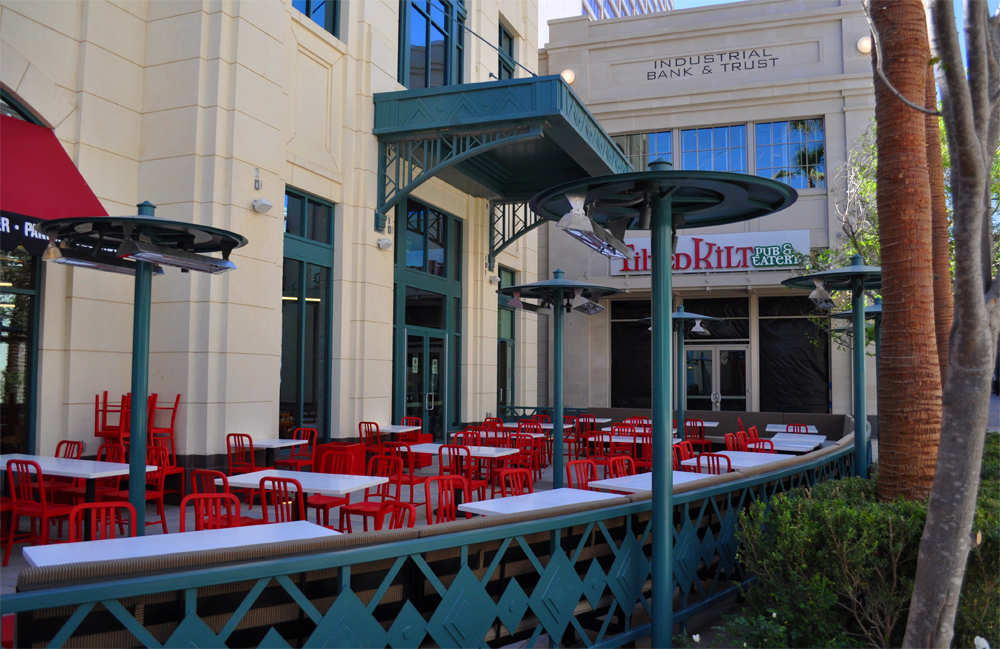 Flour & Barley's vegan crust is created with double zero flour and the pies are built with San Marzano tomatoes and whole milk mozzarella. Pizza toppings range from the traditional to bolder creations like the vongole pizza, built with crema, clams, pancetta and pine nuts.

Also on hand will be appetizers like calamari fritta or baked clams alongside pasta dishes including eggplant parmesan and spaghetti chitarra. The panini menu boasts a sweet Italian sausage option with peppers, onions, broccoli rage and mozzarella, plus there will be a choice of salads including the radicchio with endive, garlic croutons, parmesan and sherry-balsamic vinaigrette.

The interior design is described as a "a rustic sports bar" with natural woods and brick accents, vintage posters and photography on the walls and an emphasis on promoting a broad beer selection.
· All Coverage of The Linq [~ELV~]
· All Coverage of Flour & Barley [~ELV~]