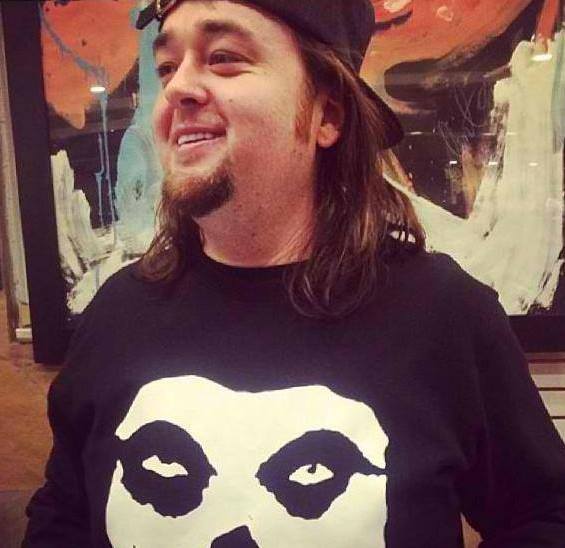 The newest food critic in Las Vegas spends a lot of time on television through the History Channel show Pawn Stars. Austin "Chumlee" Russell has taken to Yelp to show his enthusiasm and displeasure with local businesses, including restaurants such as Olives, the almost-open Flour & Barley, Double Barrel Roadhouse, Social Life Pizza and the Container Park.

On Olives at the Bellagio, Chumlee gives the restaurant four out of five stars. "I went here for lunch and had the burger and fries, which were very good. I was fortunate enough to have snagged a balcony table. You get a fantastic close up view of the Fountains of Bellagio, so close, in fact, that you'll probably get a little wet (just a little, don't worry). It was pretty warm today, though, and I wish I wore a hat and had some sunscreen. Anyways, the view was worth getting a little warm, and I walked away with good memories."

He gives the same stars to Flour & Barley, opening Tuesday at The Linq. "The restaurant is now partially open, serving pizza slices to go from the outside. I had a pepperoni slice which was pretty damn good! You'd think that Vegas has now become saturated with pizza restaurants, but as long as they make pizza as good the ones here, we'll be okay!"

He only gives three stars to the Container Park. "The stores are just so-so, but the fire breathing praying mantis is cool! You can hear the flames as well as see them! This place has also helped to revitalize Fremont Street, which has definitely gotten younger and trendier. The area east of this location is still sketch, though, so I wouldn't venture any further than here."

Bobby's Burger Palace gets a full five stars. "This place is great! I had the Palace Classic Burger, made of an Angus beef patty - topped with American cheese, lettuce, tomato, and onion - and it was perfect! The service was fast and efficient. It was really busy today, and the servers were really working hard and did a great job. All in all, a great place to eat. Highly recommended!"

He also visited the new Bier Garten at the Plaza, giving it four stars. "The Bier Garten is a pub and restaurant in the food court of the newly-renovated Plaza Hotel in Las Vegas.  It is billed as a "beercraft and foodery" place, meaning that the emphasis is on craft beers and artisan sausages.  It is a hip restaurant that contrasts with the McDonalds and Subway in the food court and supplements the trendy Zaba's Mexican grill, also in the same food court. In addition to an indoor seating area, It will have an outdoor courtyard, so you can watch downtown Las Vegas go by while you sip your beer. There is good people watching from here. I had a Shiner's Bock, and it was interesting, to say the least, to sip it as I watched pedestrians going up and down Main Street.  It's generally a less affluent crowd in these parts of Vegas, but it's good to have a change from the Strip from time to time."

His reviews date back to 2008 (including a hilarious review of Rick's Restorations, a place that appears frequently on Pawn Stars), but it appears he's really kicked up his pontifications starting at the beginning of the year.
· All Chumlee Reviews [Yelp]
· Revealed: Where the Pawn Stars Buy Their Chicken Wings [~ELV~]
· All Coverage of Pawn Stars [~ELV~]
Aaron "Chumlee" Russell [Photo: Facebook]