Guy Fieri Sets an Opening Date for His Vegas Restaurant

Share All sharing options for: Guy Fieri Sets an Opening Date for His Vegas Restaurant

Guy Fieri's spiky hair, mimicking the palm trees, has a new larger than life plywood wall sitting in front of his future home at The Quad. Now comes word that Fieri has set a vague April 2014 date for the debut of Guy Fieri's Vegas Kitchen & Bar, the first Vegas restaurant from the UNLV grad. 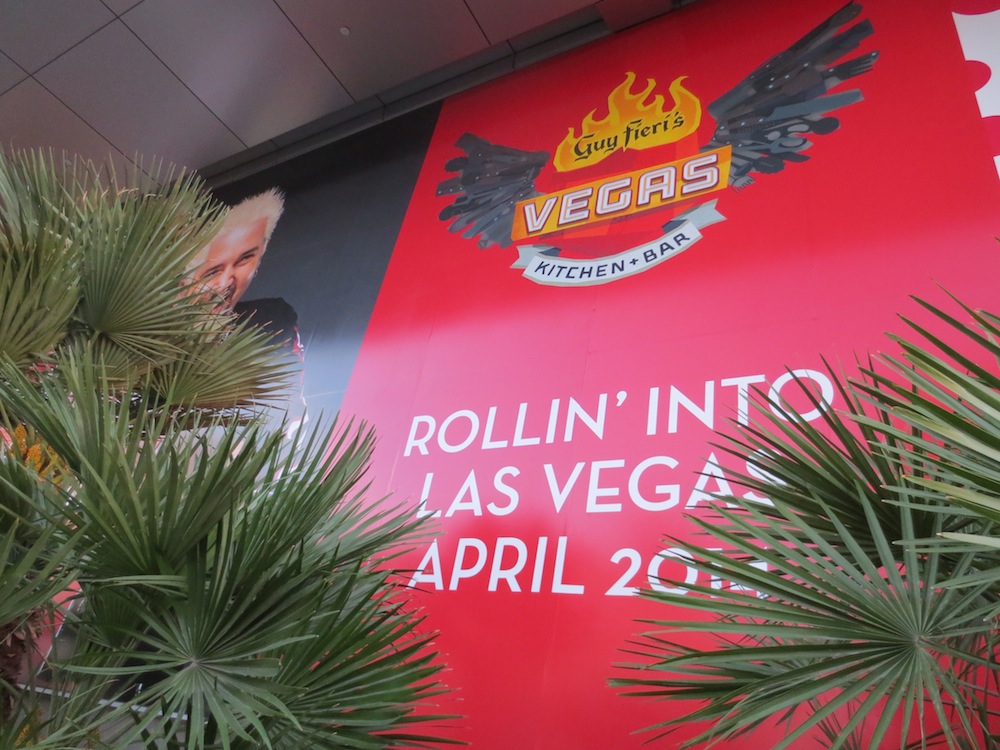 The breakfast, lunch, dinner and late-night dining restaurant still has a ways to go before opening. Inside the two-story, 10,000-square-foot restaurant, expect to find metals, tile and a wood theme that "closely resembles Fieri's kitchen at home."

Of course, Fieri's tattoos will be part of the design elements throughout the restaurant and bar, and memorabilia from his alma mater UNLV also finds a home throughout the space.

That logo, if you look carefully, is an eagle crest emblem is made up of knives, forks and other kitchen utensils.

The restaurant will compete with the nearly nonstop live music at Harrah's Carnaval Court and the valet porte cochere at The Quad's main entrance.
· Guy Fieri Names His Vegas Restaurant… [~ELV~]
· All Coverage of Guy Fieri [~ELV~]